What do you do when there are only 2 people, but you want pie? You have pie for dinner, and then there is still plenty for tomorrow too. 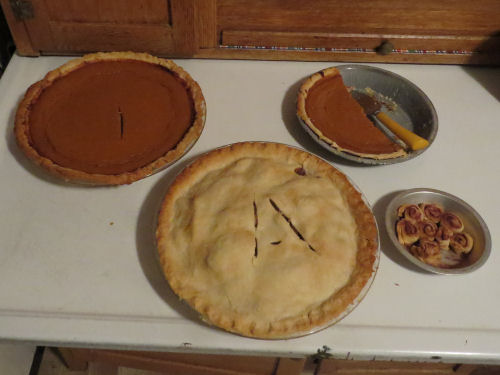 Are they good? Meh... I had a can of pumpkin, so the pumpkin filling wasn't made entirely from scratch. I had 2 bags of apples I needed to use, but they weren't good pie apples, so the apple pie is too sweet. I really like Northern Spies for apple pie, but maybe that is an eastern variety. I've only found them in Michigan once. But I do make good crust.

In other news: I cleaned up the house a bit. That and pies took up the whole day. No walking occurred. No writing occurred. Josh is coming over to eat with us tomorrow. There you have it.

My microscope camera toy replacement came, but it doesn't work right either, so I returned it. Not giving that model another chance. The next better one is a whole lot more money, so it's probably not happening.

Posted by Sharkbytes at 7:33 PM No comments:

The big sorting project I've been mentioning... This item is at the center of it. This is my mother's steamer trunk. I believe it was purchased for her when she went to college at Temple University in 1927 or 1928. 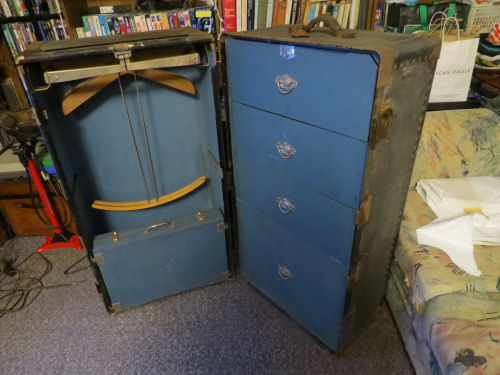 If you are familiar with this kind of trunk, you won't be too impressed. I don't think this is a particularly fancy one, but it is fairy nice, and everything still works. On the left are various kinds of hangers, and a flat case at the bottom that clips in for travel, or is removable. 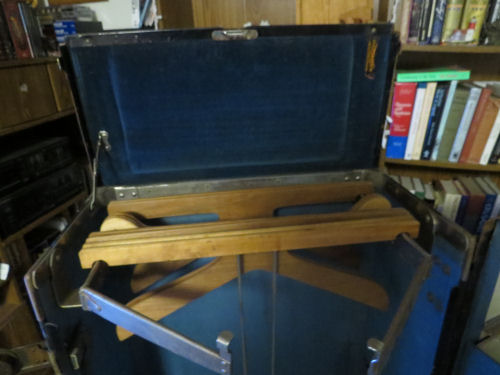 The trunk was made by the Hartmann company and has a patented "Cushion Top." Perhaps you can tell that this area is padded. This supposedly protected the hanging clothes. It folds down flat when you want to close the trunk. 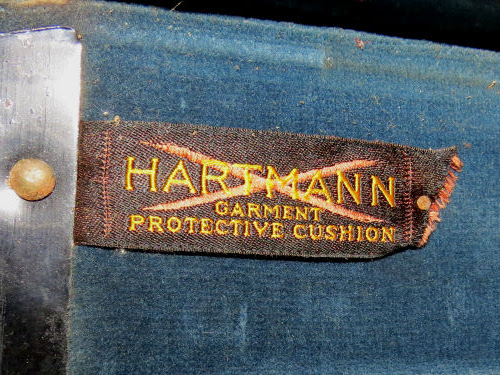 On the other side are four drawers. The top one has a lock, and when you remove the drawer, you rotate that bar I've raised, and it locks or unlocks the other drawers. 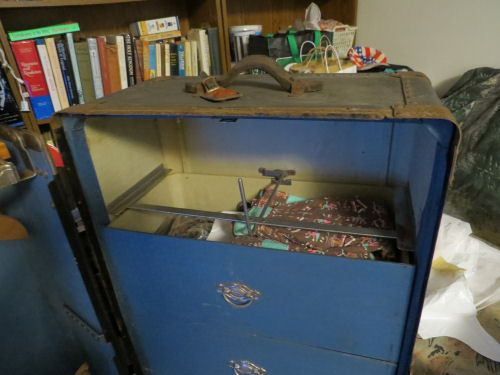 Temple University is in Philadelphia, Pennsylvania, and one of Mom's stickers is still on the outside of the trunk. I don't know too much about Mom's college years. She belonged to the sorority Alpha-Sigma-Alpha. She was on the swim team. Her major was Home Economics. 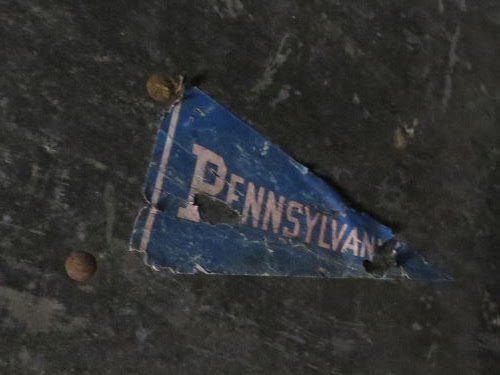 The trunk was not being stored in a good place. Now it will be in a better location. And my goal was to fill it with things that need protection too. I found some things that will go in it. Others await another adventure in box searching to locate.

I often describe my life as one of those square flat puzzles with 16 spaces and 15 blocks that you slide around to create a picture or sequence of numbers, but you only have one open square to work with. I've now learned a new name for this- "garage Tetris." This is my world. But I've organized one tiny piece of it this week.

In other news: I took a walk with Cathy in very wet snow. The pictures aren't great. It was really sloppy, but at least we walked for an hour. I did a whole list of errands, had bell choir practice, and then an online meeting. No writing occured. But I'm whipped.

Drove 1.5 miles so I could walk a road loop that was at least different from my usual. Nothing spectacular. But it was nice and quiet, and I did walk 5 miles. The rows of corn stubble make great patterns. 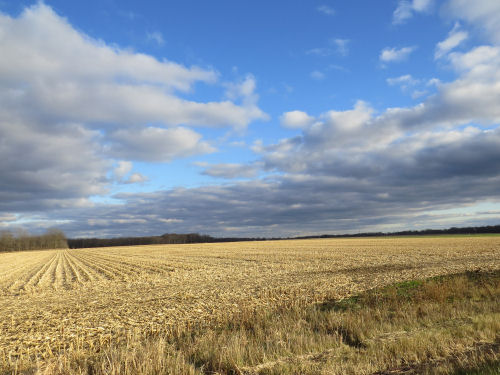 Farms look like they are hunkered down and waiting for the snow. 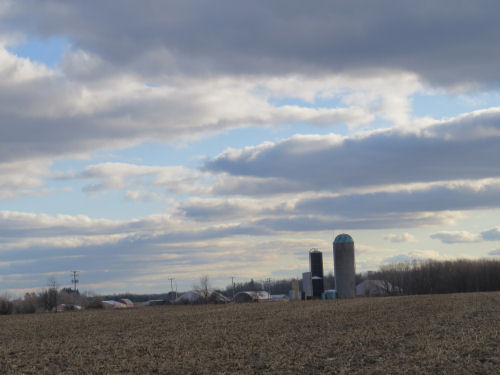 The best find was two of these Golden Harvest Crabapple trees. They are garden varieties, but two trees seem to have gone wild- growing near the edge of the road. They are edible, but they are often left as ornamentals because the fruits persist into the winter lending a spot of bright color. Each fruit is a little over an inch in diameter. 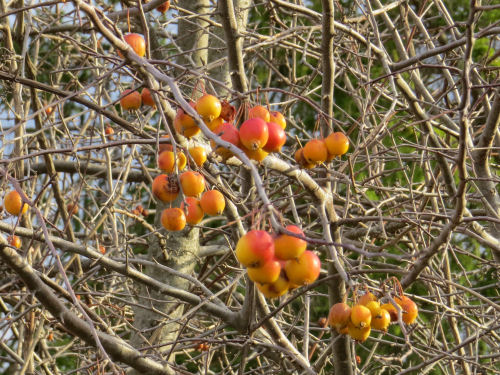 In other news: I wrote chapter 13 in Dead Mule Swamp Singer. And I continued to try to find the box of things I'm looking for. Still no luck. I am giving up tomorrow. It will turn up somewhere I'm not expecting it. Probably right after I put away the other things I want to collect with it. 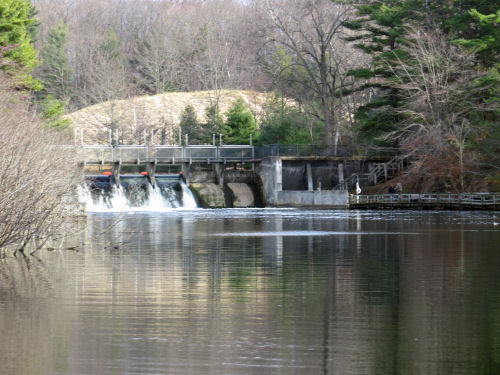 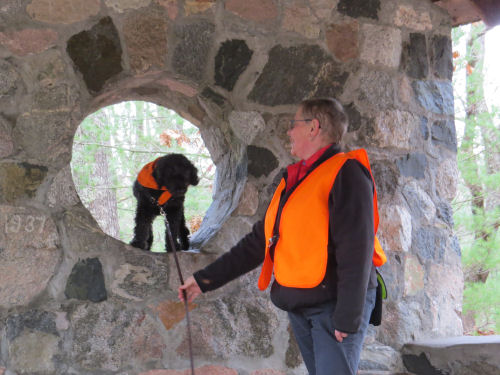 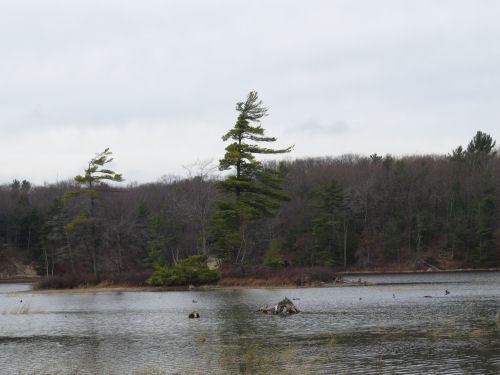 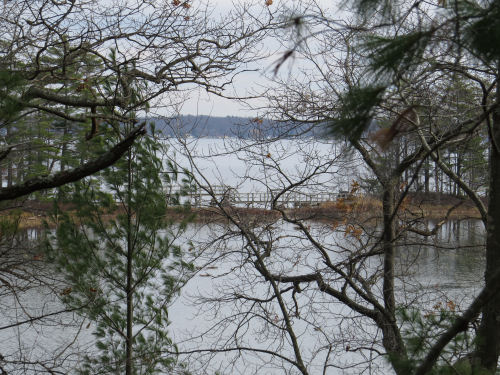 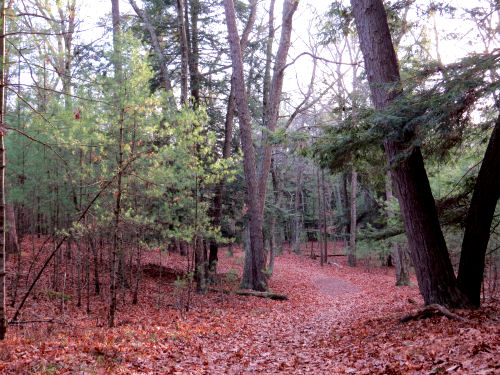 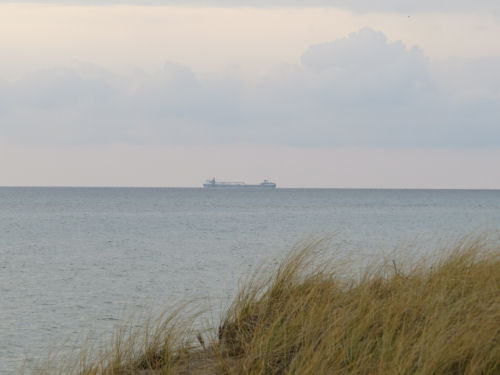 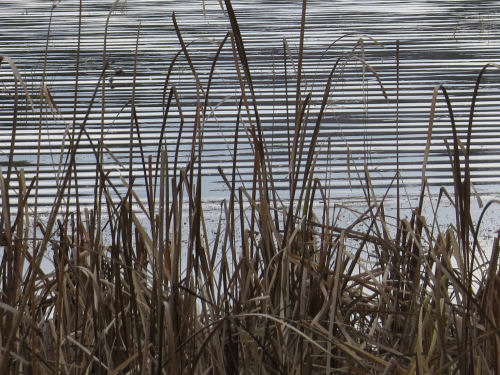 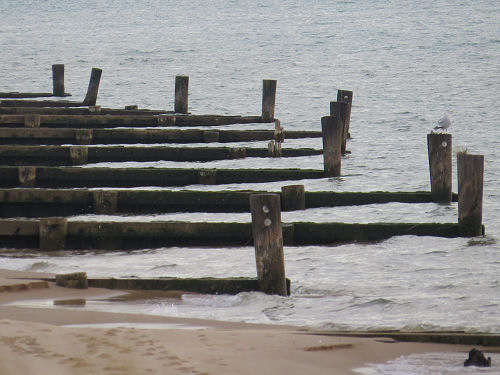 There were so many neat scenes from yesterday that I have to share a few more. Mostly details- you know I love patterns. This one is sand blown across a decaying log- I'm guessing hemlock from the red color. 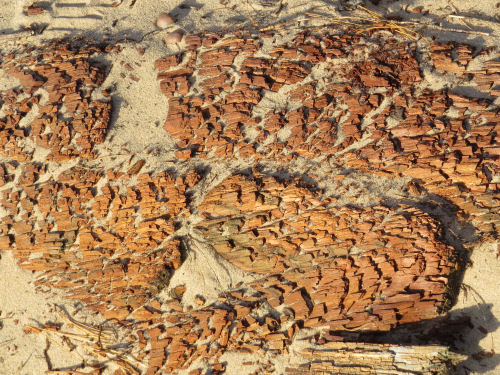 I'll alternate patterns with more realistic views. There are several backwaters along Hamlin Lake where the surface is almost always really placid. 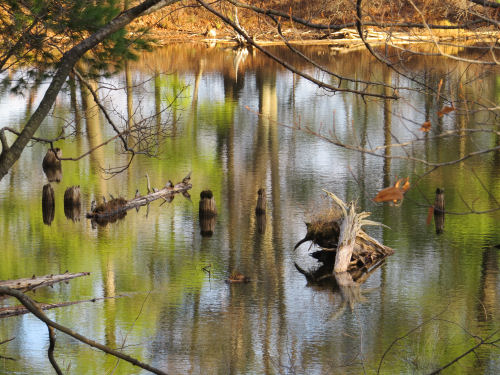 Pen and ink crosshatching? An effective illustration technique whether done by a human hand or the grasses, water and sun. 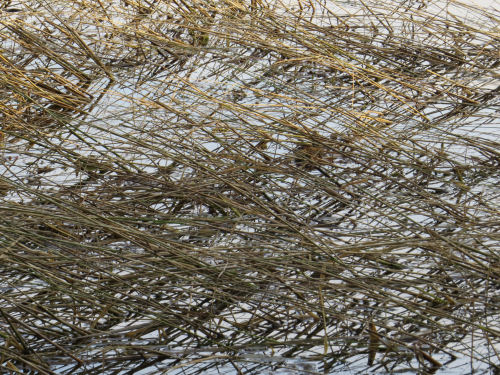 Speaking of grass- it will grow just about anywhere it can find the tiniest toehold. 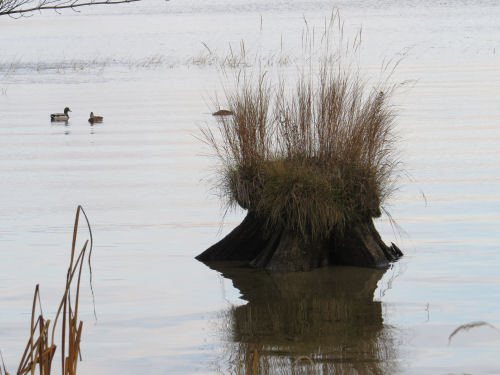 And it softens the rotting logs and rises in sunbursts late in the day. 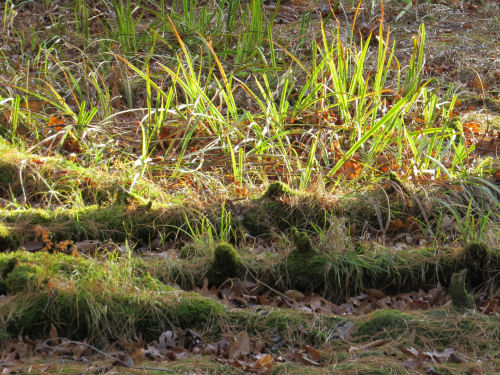 The reeds were singing with runs of melody and counterpoint, ties and slurs. 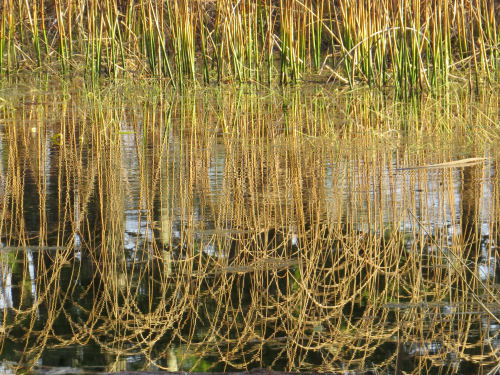 Driftwood with moss? Or the skull of some ancient horned beastie? 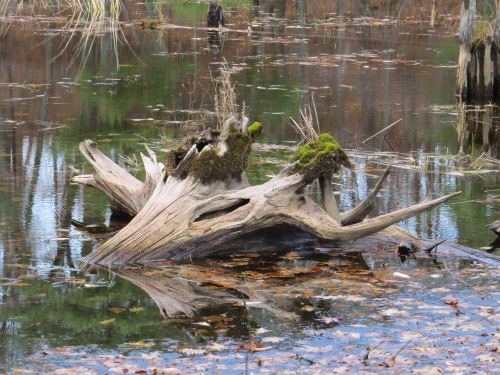 And, as a parting shot... an extremely trite photo. Nevertheless, I caught that gull in just the right position, so I'm sharing it anyway. Winging it's way into the sunset. 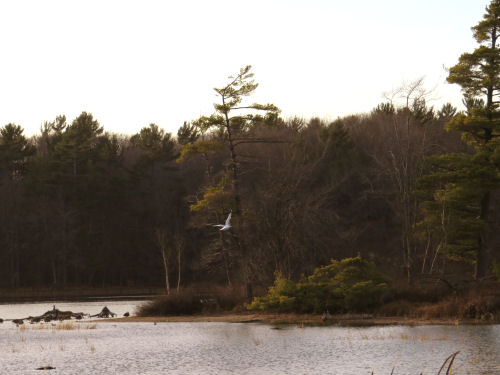 In other news: I wrote 717 words today and finished chapter 12. It seems like there should be more words, given how long I spent on it, but there it is. I took a 4-mile road walk. I started reading another book I'm editing. That's about it!