I'm off having an adventure at Arcadia Dunes, also known as the Mott Nature Preserve. Today I hiked the longest trail, called Dry Hill. About 10 miles. It gets its name because it's a glacial moraine and is so high above the water table that early settlers could not dig shallow wells and find water. 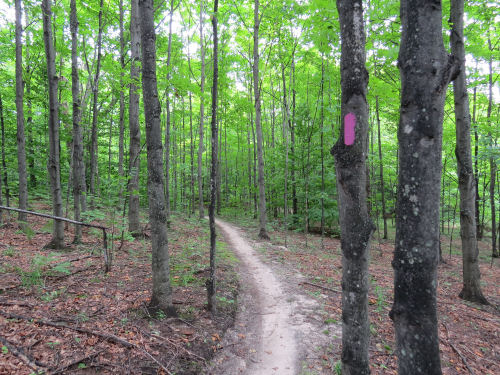 With that information, I expected a xeric forest like most of the Manistee where I hike. Not so! The woods was exceedingly rich with wildflowers and I went nuts taking pictures. Maybe you'll see some of them this coming week, although a lot are of leaves and seed pods and other mundane things. A few might be blog-worthy. Tonight I'll just hit the highlights.

Almost immediately, I spotted the rare Crested Wood Crane striding through an opening.(wink) 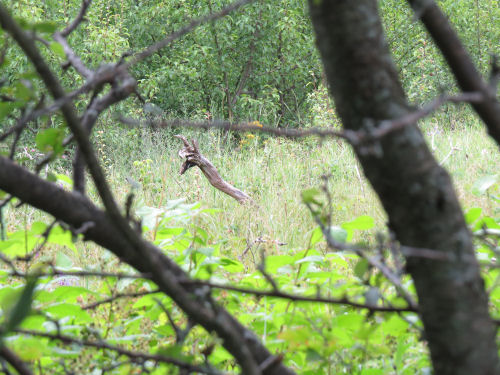 I thought this fungus might be unusual because of the way it seems to flow up the tree. There were several like this. Later, I decided it's just an Artist's Conk that is growing funny. I'll have to look in the books when I get home. But, as you know, identifying mushrooms may not be that simple. 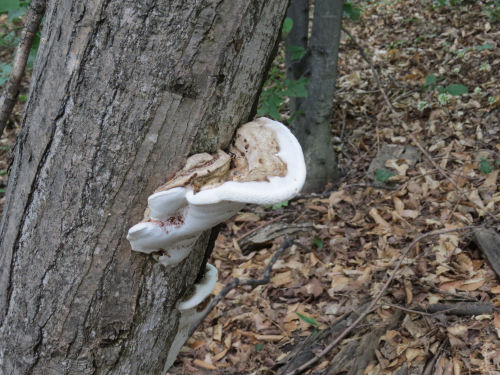 This is really interesting, although common. I'm fascinated with slime molds. They are a category of organisms that aren't like anything else. Can't believe I've never put a picture of this on the blog before. This is the absolutely most often seen one, called scrambled egg slime. And this was a beauty. 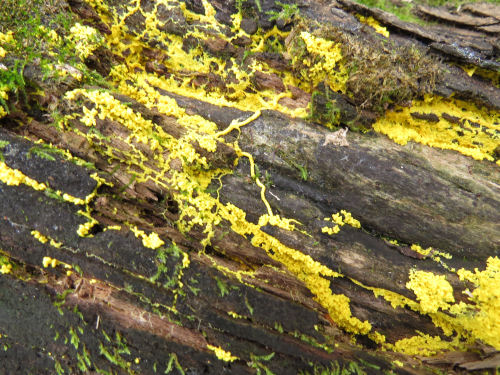 After I finished my hike for the day I had to drive to a campground, because you can't camp in the nature preserve. On the way I stopped at tiny Glover's Lake just because it's pretty. This is my favorite shot. The pink is water smartweed in bloom. 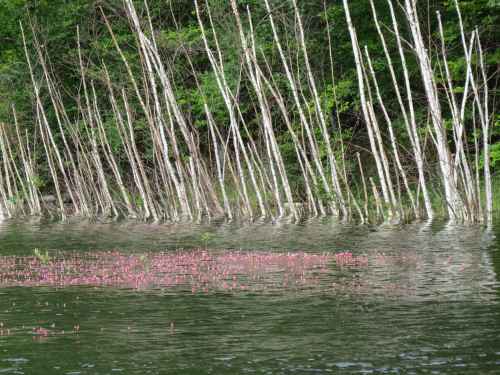 Finally, this is such a trite picture, but I can't resist. I was setting up my tent, and lay down on the ground cloth to check how the "lie" was. When I looked up, this was my view. Pretty darn nice. Life is good. 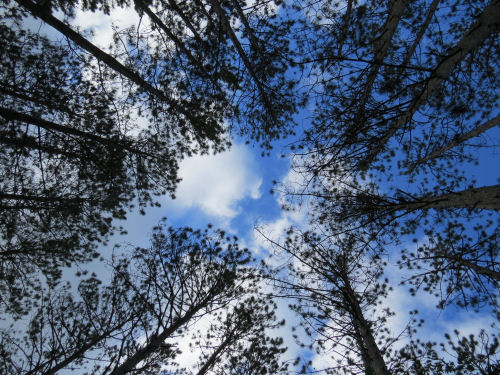 More of the same tomorrow!

Well lucky you spotting that rare wood crane :)
That scrambled egg slime is really fascinating. I love the last picture and your view from the ground

Good for you spotting that rare Crested Wood Crane! I'm going to have to keep my eyes open for those scrambled eggs - I'm never seen it.

I have never had the good fortune of spotting the rare Crested Wood Crane. Thanks for posting the pic of this elusive creature.