This is not the somewhat hidden berm of what is possibly the Manistee and Luther Railroad that I discovered last week. This berm is one you'd never miss when you cross it on the North Country Trail. And it has plenty of documented history. It wasn't just some short-lived logging spur. 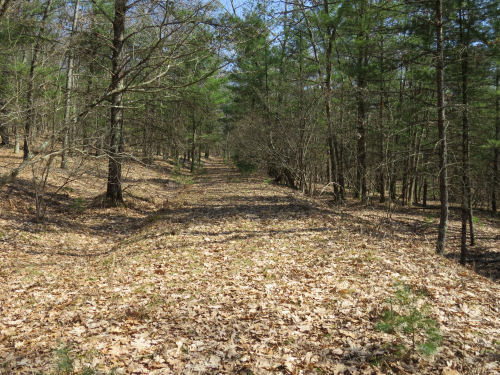 Has to be something major, right? Well, it is.

This is part of the Michigan East & West Railway that ran from Manistee in Manistee County to Marion in Osceola County. It was originally part of the Manistee and Grand Rapids line, built for timbering purposes, of course. In 1914, this line was re-organized as the Michigan East & West Railway. It only survived four years, till it was sold to Pere Marquette Rail, which liquidated it and sold it for junk value. There was a station in Manistee. I'll have to try to discover if the building has survived. 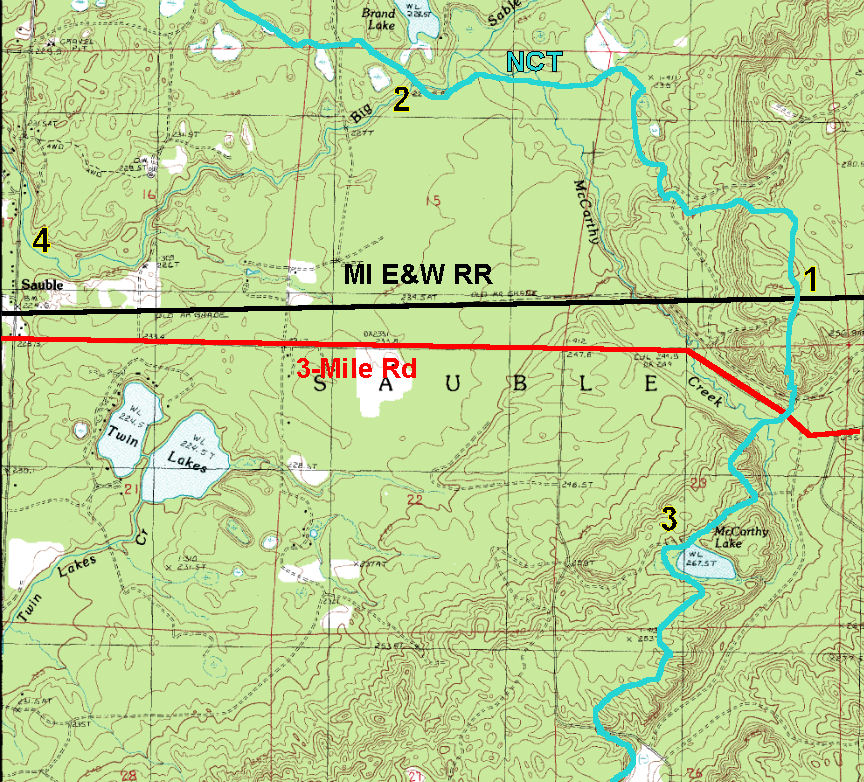 On this map, I've marked some places I talk about fairly often. I've left the map clickable so you can enlarge it. Point 1 is where the trail crosses this wide berm. It's impossible to miss, as it is a wide bench you have to cross part way up a hill. I think it's interesting that trees have not grown up on it.

Point 2 is the trail crossing of the Big Sable River where the Vince Smith Bridge is located, just downstream of the picture I showed you of the river yesterday. 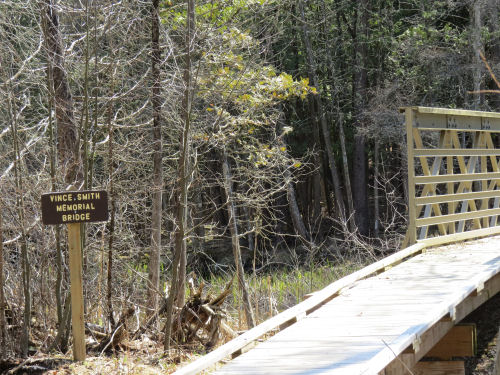 Point 3 is McCarthy Lake where I often take you... yesterday, in fact!

Point 4 is the defunct village of Sauble. I've blogged about it before. See link below. There is nothing left but a couple of houses and a little log cabin. But the river is really pretty there.

In other news: I spent the whole day working on a web site that isn't ready for public view yet, but this post is a hint.

Posted by Sharkbytes at 8:55 PM

A hint of a bridge. Even that much is good enough for my love of bridges.

Such history is always interesting!