Tuesday was our hilliest day as far as going up and down and up and down and... None of the hills seem to have names, but we did a total of 2200 feet of vertical climbing and about 2100 going down, over 9.1 miles. It wasn't as hard as I expected, actually. The weather remained nice.

In the morning, the fog was hugging the valleys. This is the Delaware Valley that I showed you yesterday, but early on Tuesday it was filled with white froth. 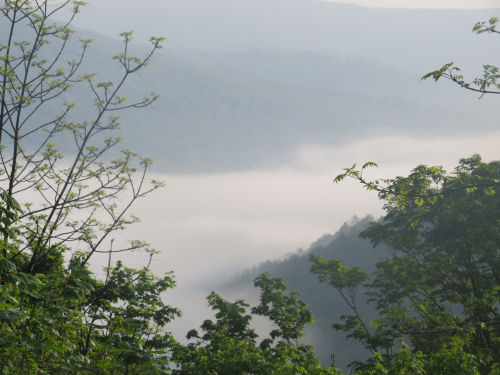 After we started hiking it was again mostly in the woods without long vistas. We concentrated on little green treasures like Chain Fern, still not fully open. 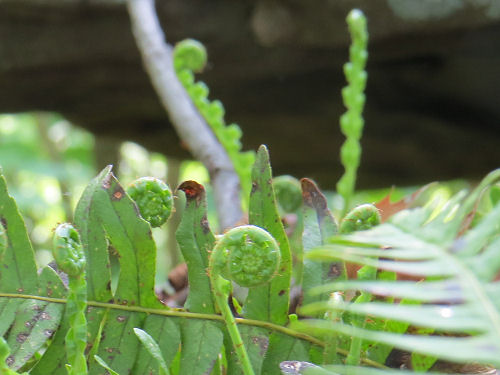 The Mayapples agreed to bloom in May, this year. We occasionally walked past rich patches of them. The blossoms hide beneath the leaves. 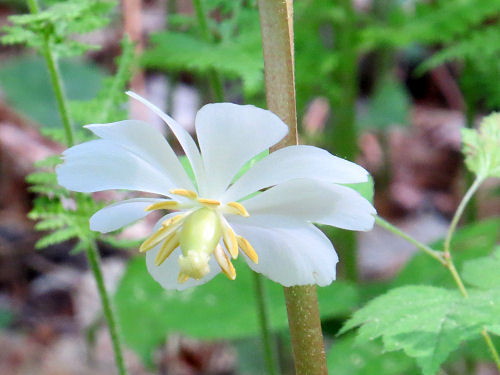 One of the high spots (literally!) was a place called Rocky Point where the trail winds between scattered rock outcroppings and glacial leavings. Marie likes to stay solidly on the trail. 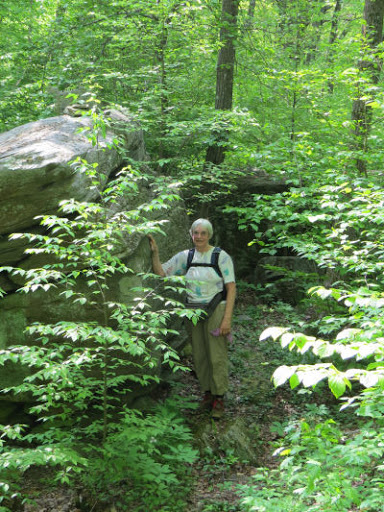 But you know I couldn't resist getting up to the top, right? 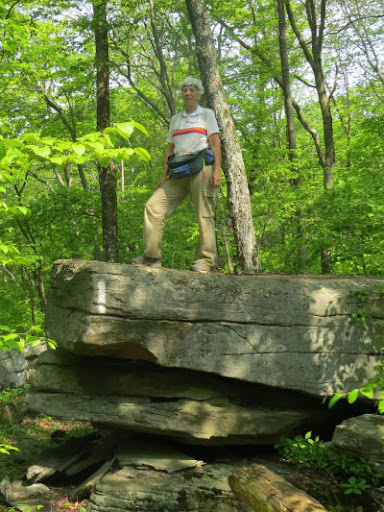 We finished in plenty of time to get a hamburger at the local deli for dinner and return to camp in time to read and play our word game, which we love. The evening light on Launt Pond was a lovely backdrop and ending to day two. Oh, I can't wait for our vacation in northern cal in a few weeks. We're going to the big dog redwoods so I think it might be as refreshing as your photos and hike here. :)

What a day! And there is Sharkey on top of the world.

oh I like the chain fern.
I would have climbed up on those rocks too

Wow. That last pic is breathtaking.