In Between and Extra


At Marie's house we cleaned, washed, sorted, showered, and repacked. One night in a bed and then we were off to Vermont. Those Green Mountains just rise directly out of the nearly flat countryside- a very impressive ridge of lumps that we would soon be hiking on top of. Geologically, they are part of the Appalachian range and run north-south from Massachusetts to Quebec. 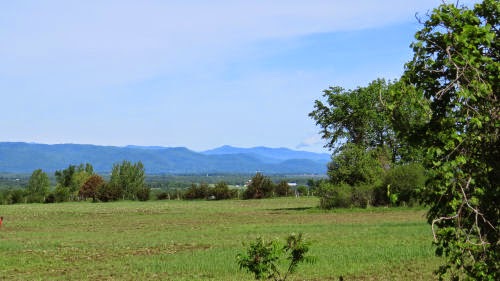 I hadn't been able to get as much information as I wanted ahead of time about possible free camping options, so we thought we might have to go to more than one place to check them out. There was some indication that there was free National Forest camping with few amenities at several sites, but I couldn't find out if they were hike in, drive in, still actually in existence, etc.

However, my first choice (for location) turned out to be perfect. Texas Falls had several primitive sites that you could drive to. Not to mention a wonderful waterfall! 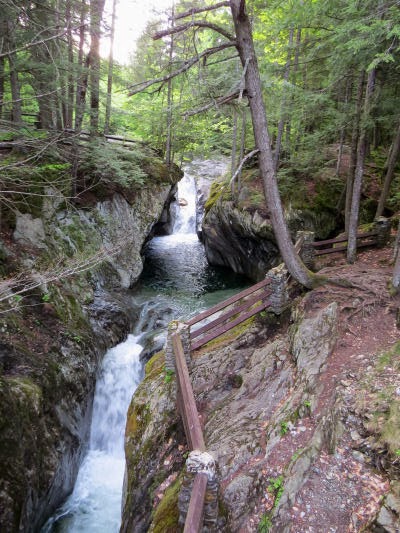 It was like a mini Watkins Glen (in New York) with rushing water in narrow channels, and interesting holes carved by the water and churning stones. 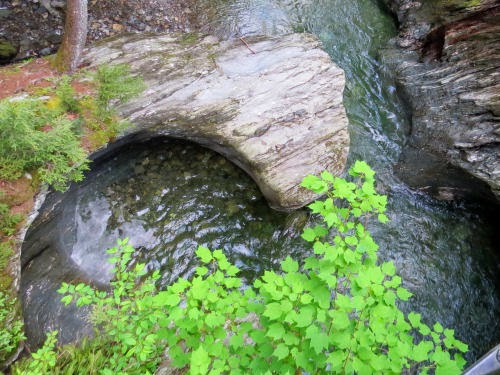 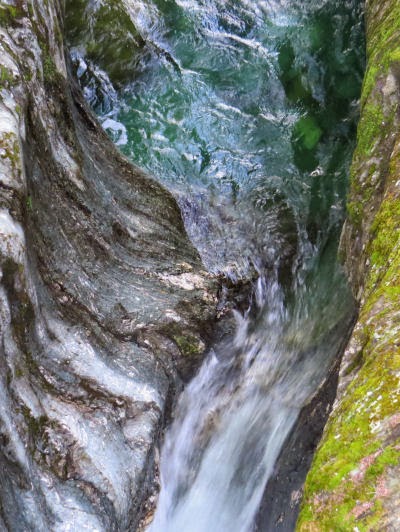 We chose a site that suited us and started to set up the tent. Oops! One of the poles was beginning to split. Duct tape to the rescue, of course. 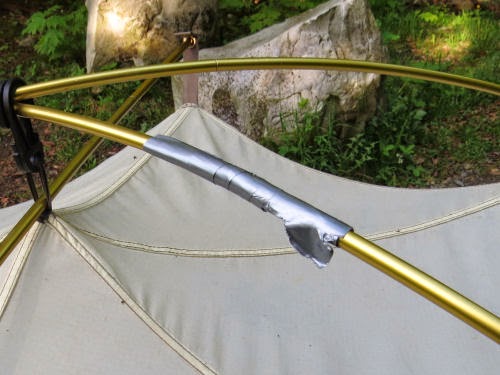 Soon we were all set for several nights, and looking forward to beginning our Vermont adventure the following morning. 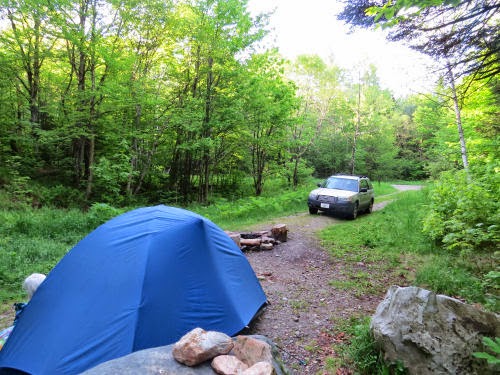 Now I have to take you back a couple of days, just because of the interesting place we ate in Claryville. Don't be misled. Claryville is just a blink in the road. It has historically been the source of limited amenities for hikers of the Finger Lakes Trail (or anyone). FLT hikers have wanted something there because it's so close to the eastern terminus- people are often celebrating endings or launching beginnings. Just a few years ago, the Blue Hill Lodge and Cafe opened with Frank and Irina as the new owners. Irina does everything with style, and cooks Russian foods for the menu (as well as American fare). 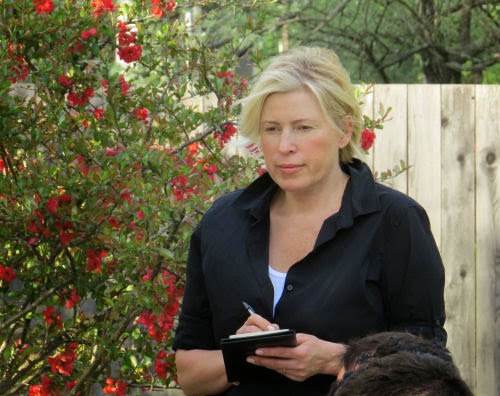 One day, we had Russian ravioli, "pelmeni," and a pulled pork sandwich. She sent us "home" one night with a layered dessert that was to die for. And on our last day there, we bought tubs of solyanka to take to Marie's for dinner. That's a soup filled with various cured meats, and according to Wikipedia, brined cucumbers. It was very good. It traveled in my car, and I was tormented by the amazing odors. 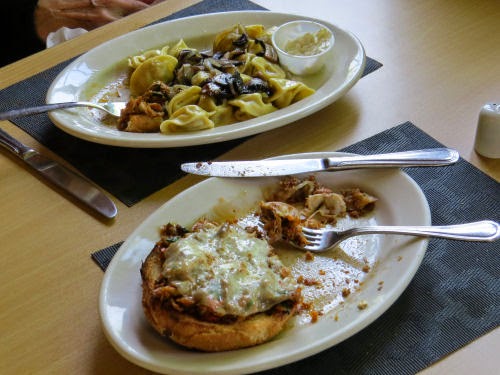 So, if you are every in Claryville (haha- unlikely unless you go there on purpose!), do be sure to eat there. It's awesome.

Tomorrow's post- day one of phase two of the hike.

Posted by Sharkbytes at 9:44 PM

I don't know if I ever thought about what Russian food might be like. I'm kind of picky, but I'd definitely be willing to try things like in your picture.

I have been to Watkins Glen before and these pictures do remind me of it.
The food looks so good