This has been the view out one of the windows to the deck quite regularly for the past two weeks. It's a pair of phoebes that have a nest somewhere out in the aspen grove. 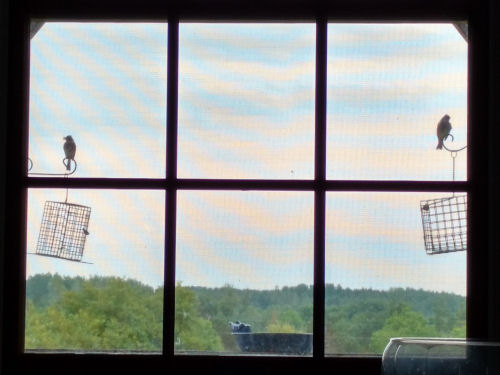 They come and sit on the empty birdfeeders like bookends around the unused bird bath. It's like a bad joke.

I've tried to get better pictures, but they are so nervous they won't come near the deck at all if I sit outside, and they don't sit still anywhere longer than a few seconds. This is the best I got, through a window. You can almost sense the wariness. 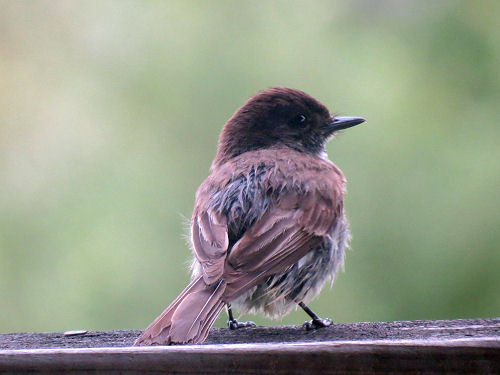 Still, I'm glad to have their company.

I added a rock to the center of the birdbath in case it was the smooth edges the birds don't like. Nothing doing. No feathered creature has been near it. I wonder if the ceramic birds on the rim scare them off. 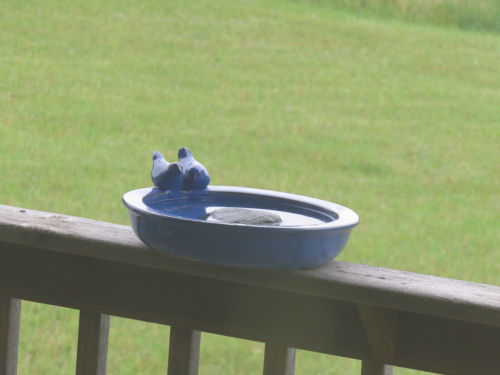 Look who's in one of the dead aspen branches. A cedar waxwing! They don't usually show up until the mulberries are ripe. Posted by Sharkbytes at 8:04 PM

Phoebe is very shy. I love to watch her work.

I've never seen a phoebe. Its a cute little thing