Most regular readers know that I think any hike is extra-good if I find a plant I don't know. On this Ohio hike, I found two! I've only identified one of them. It's Koelreuteria paniculata, the Goldenrain Tree.

It's done blooming at this time of year, but the seed pods are as beautiful as the flowers. This tree stuck to the golden color. 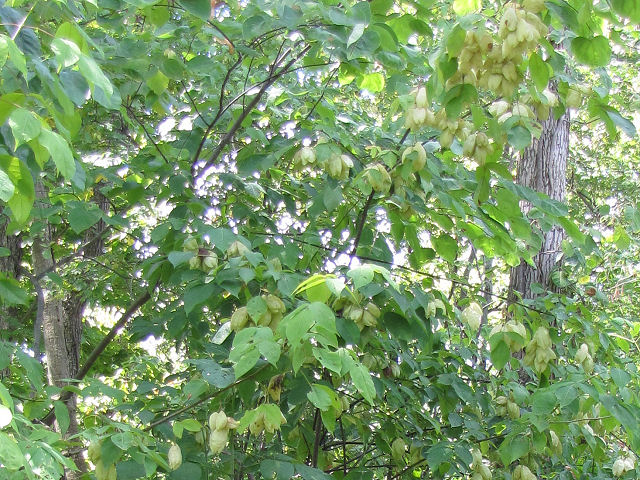 However, it may also be pink tinged, and I found a nice example of that. 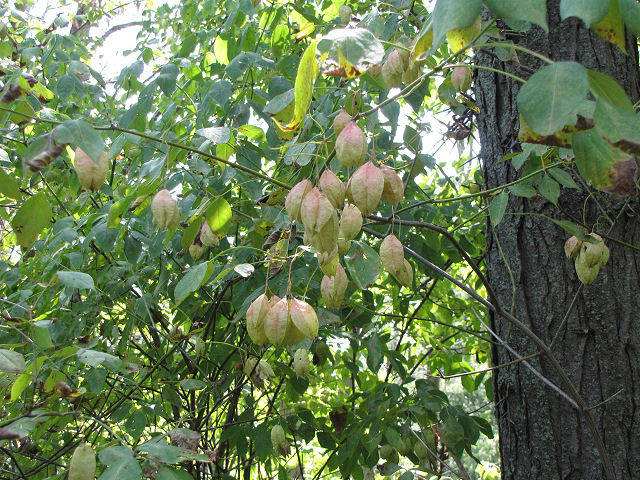 Earlier in the summer it would have been covered with yellow blossoms. This tree doesn't grow in Michigan. Northern Ohio is about as far north as it grows.

It's not a native tree. It comes from China and Korea. Thomas Jefferson planted the first seeds of this plant in the United States. They were a gift from Madame de Tessé, the aunt of Lafayette. It's apparently used as an ornamental and street planting, as it tolerates difficult conditions well. I'm betting some of my southern friends would have known it in an instant.

Here are the seed pods dried. I broke one open and found dark seeds about 1/4 inch across. 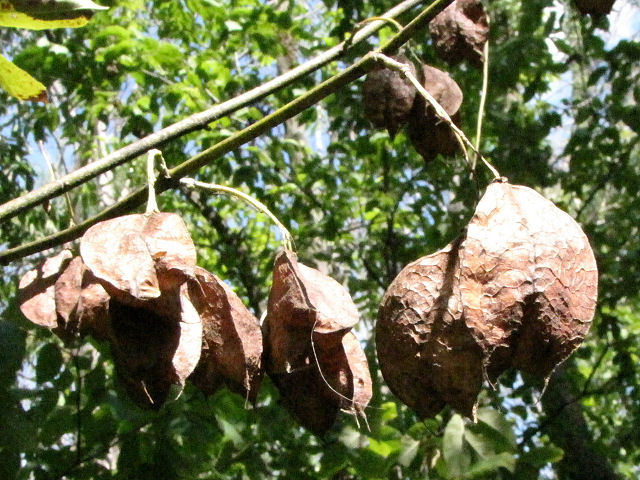 One site I researched said that the seeds can be roasted and eaten. I'd like to try that. If I'd known I could have brought some home.

I'm really stumped on the other plant. Maybe I'll show you tomorrow and see if someone knows it.

Email ThisBlogThis!Share to TwitterShare to FacebookShare to Pinterest
Labels: learn something new, trees

I didn't know that. I'll have to try them.

I never consciously realized it before now, but I've always found seed pods to be extra interesting. I'll have to start investigating them a bit more now.

very interesting seed pods. Do you ever wonder who the first person was to look at one and say "Gee, I wonder what it would taste like if I roasted those seed?" :)

kulasa- I would want to learn more before trying it, but it sounds interesting.

Ratty- Not many plants create inflated pods like this

I'd love to see the tree in the spring time in bloom or when the leaves are changing color. The Asian ginko tree is one of my favorite fall trees, with its brilliant gold leaves.

What a fascinating discovery! The tree and its seed pods are lovely and I, for one, would be curious to know how palatable they are. If you ever explore that, I hope you'll post it!