Trees Down, Trees Up


Last night we had snow- the first significant fall of the season. I didn't think there was any real wind associated with that, but when I went outside today there were three big branches broken off my white pines that are near the house. Bummer. I cleared one of them, but these two are hung up on another branch. Will need a ladder and a helper to get them down. 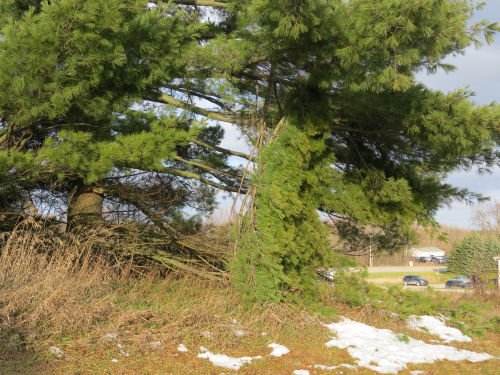 Today the snow all melted, the sun came out and the temperature hit the mid-forties. Nice.

I've been cutting more of those blankety-blank autumn olive trees. They are so reprehensible that it's a three-step process to clear them. First day I take the loppers out and cut enough branches of an inch or less in diameter that I can actually get near the trunk of the tree. Have I mentioned they have nasty thorns? Need to be covered up and wear leather gloves.

Day two is to take the small saw and trim the branches down so I can get to the base of the trunk. That's what I did today on three trees that have grown up just in the last three years in my trail. 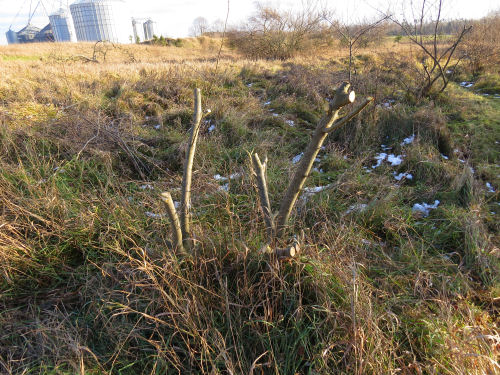 It's like they had this perverse sense of humor, growing right in the exact line where I used to mow. 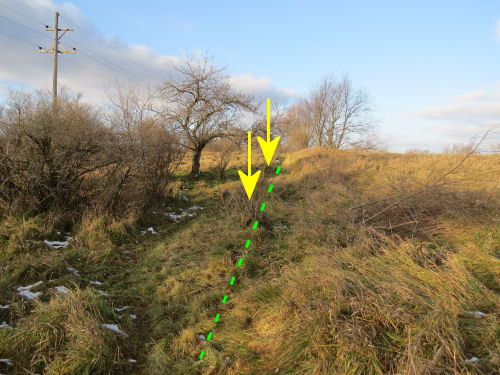 Well, if I get out there one more time before real snow and cut them off at ground level, I may be able to conquer them. Every stump will have ten new sprouts in the spring, so I'll need to mow regularly. Killing those trees is nearly impossible.

In the growing up department, however, there are at least 15 baby white pines growing on the south slope below the grove on the hill. This is the same stand that has the new trees also on the east side. This is awesome! I would be really happy to have much more of that open space out back turn into a white pine forest.

This is just a few that I could get in one picture. 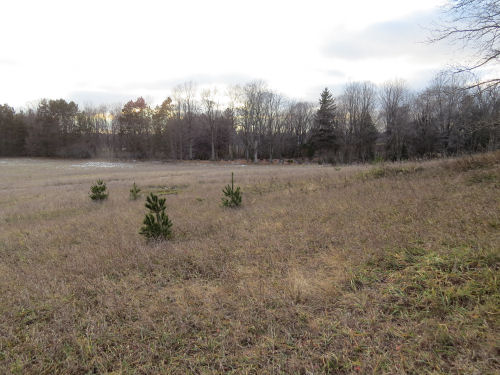 I have managed to get all my ski/snowshoe trail trimmed enough that I can get through. There are places that could have better clearance, and I'll work on them if I get more decent days.

Email ThisBlogThis!Share to TwitterShare to FacebookShare to Pinterest
Labels: accomplishments, autumn olive, my trail out back, trees

It's amazing how those pines can seed themselves, come up and hide in the long grass a few years, and then suddenly appear. We have several in our meadow too.

I hate those unkillable plants. I've got something in my yard that keeps popping up all over the place