Just a few pictures of critter evidence from Thursday. Fun. Mostly what I saw was squirrel tracks. Everywhere. But I thought this one was funny, with little red squirrel tracks in a boot print. There were also a lot of big ones, probably fox squirrels, and the gray squirrels in between. 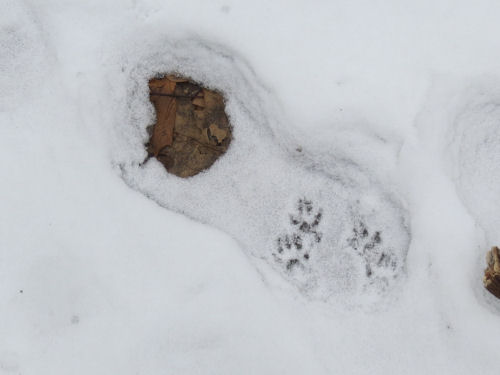 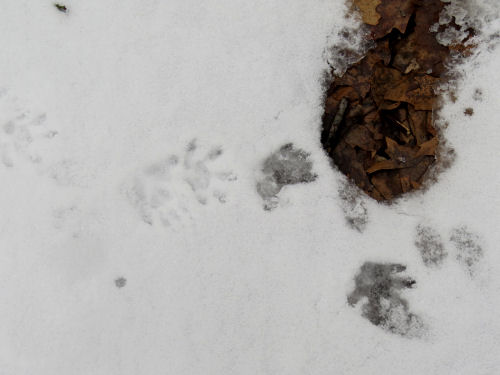 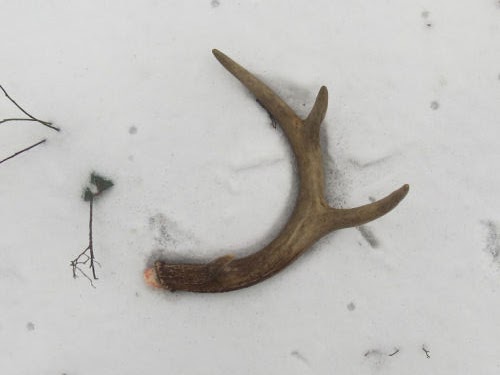 When I picked it up, the depression was full of snow fleas! 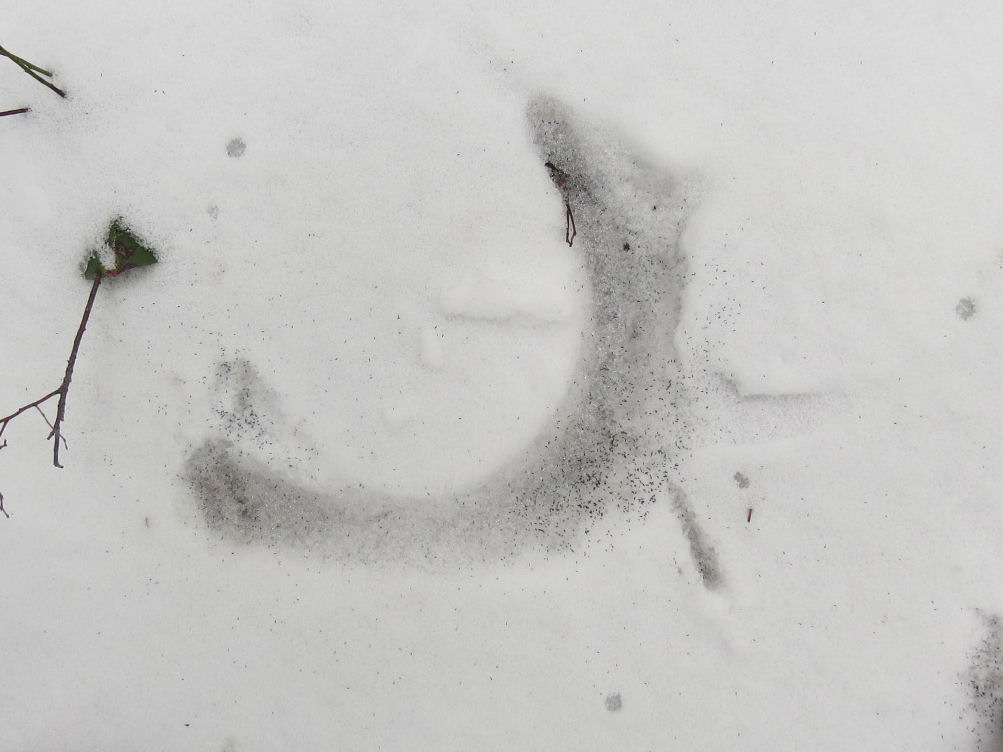 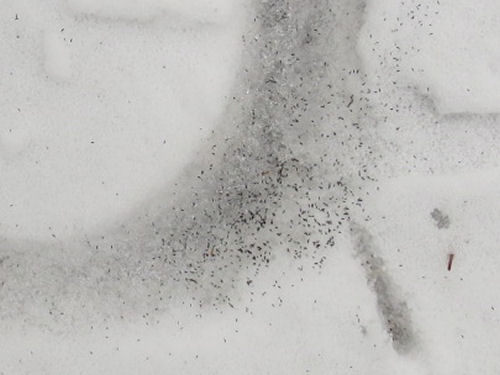 But the cutest was a member of the sloth hiking team (We will get there when we get there) taking a break, lying down under the snow. 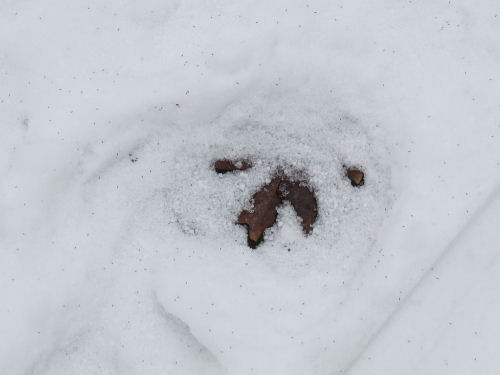 In other news: I wrote my column in the morning, and worked on some filing in the afternoon. Oh, and I made hot biscuits. Just got a hankerin'

Hmm, so the squirrel was tracking the human?..lol I've never heard of snow fleas, very interesting. I had to google them to see what they were. That last one is funny.

That is one cute sloth you have on your team.