You may recall that almost exactly two years ago I contemplated trying to read all the Newbery Medal books. The Newbery Medal annually honors the author of "the most distinguished contribution to American literature for children. The award was begun in 1922.

Well, I did not put this idea off to some future date. However, it did get stalled. Here's why. The very first winner was a book named The Story of Mankind by Hendrik van Loon. I easily found the text for free at a number of sites. 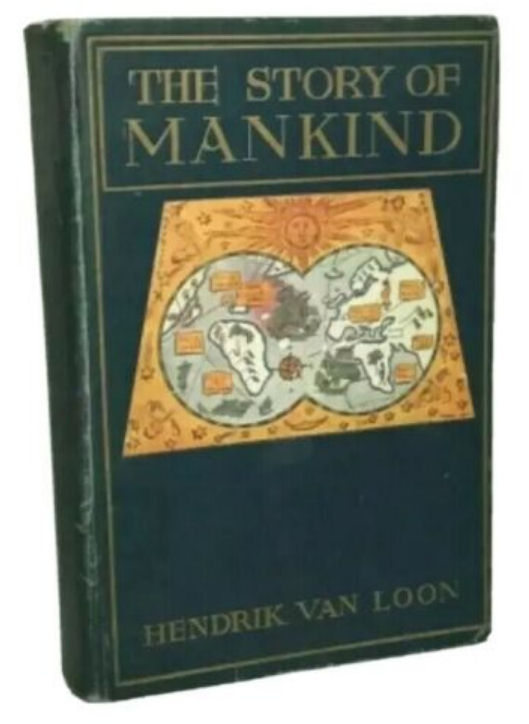 Here is one of the illustrations. The text version I was reading did not include these. 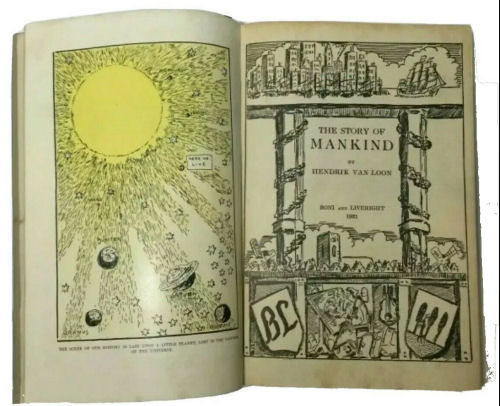 This book is a complete snoozer, and on top of that, it's long. And...it's incredibly one-sided in its worldview. I just kept getting really angry with how it assumes that everyone has now agreed on one thread of growth for western civilization, and one standard social norm, and one set of values that is OBVIOUSLY the correct one.

Then came the new age of iron and steel and machinery. First one part, then another of the old ship of state was changed. Her dimensions were increased. The sails were discarded for steam. Better living quarters were established, but more people were forced to go down into the stoke-hole, and while the work was safe and fairly remunerative, they did not like it as well as their old and more dangerous job in the rigging. Finally, and almost imperceptibly, the old wooden square-rigger had been transformed into a modern ocean liner. But the captain and the mates remained the same. They were appointed or elected in the same way as a hundred years before. They were taught the same system of navigation which had served the mariners of the fifteenth century. In their cabins hung the same charts and signal flags which had done service in the days of Louis XIV and Frederick the Great. In short, they were (through no fault of their own) completely incompetent.

The sea of international politics is not very broad. When those Imperial and Colonial liners began to try and outrun each other, accidents were bound to happen. They did happen. You can still see the wreckage if you venture to pass through that part of the ocean.

And the moral of the story is a simple one. The world is in dreadful need of men who will assume the new leadership—who will have the courage of their own visions and who will recognise clearly that we are only at the beginning of the voyage, and have to learn an entirely new system of seamanship.

They will have to serve for years as mere apprentices. They will have to fight their way to the top against every possible form of opposition. When they reach the bridge, mutiny of an envious crew may cause their death. But some day, a man will arise who will bring the vessel safely to port, and he shall be the hero of the ages.

After this initial winner, I can't imagine than any other winner could be worse. Or as long. I'll continue my quest, and share.

It's all other news: I mailed all the preordered books, and submitted my entries for this year's Michigan Outdoor Writers Association. That basically took all day. Tomorrow I have a few more things to do and then pack. Stay tuned.

The title looked interesting. The last book I read from Project Gutenberg was Faust. It was a fun one because I thought it was like reading an opera.

I had a hard time reading through the part you included here. I would never have made it through an entire book written like that