Once in a while I actually finish something. At least I think this is finished. I'm not particularly happy with it, but it was only meant to be a learning experience anyway, so that's OK.

Remember the drawing of a cardinal that I started over a year ago, using the watercolor pencils I got as a Christmas gift that year?

Well, here's where I'm stopping with it. It could use more something, but I'm calling it done. It was based on a photo that I didn't take, which I won't even show you because I've apparently lost all but a tiny thumbnail of it in one of the computer crashes. 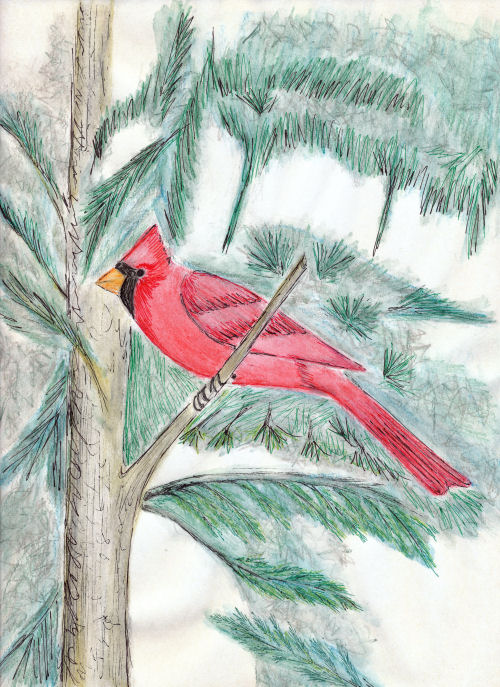 Here are two previous steps in the process... I showed you these before, but will put them here for continuity. 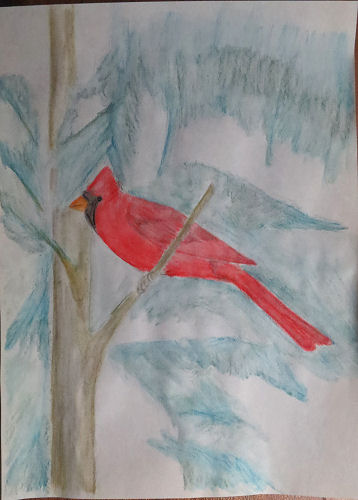 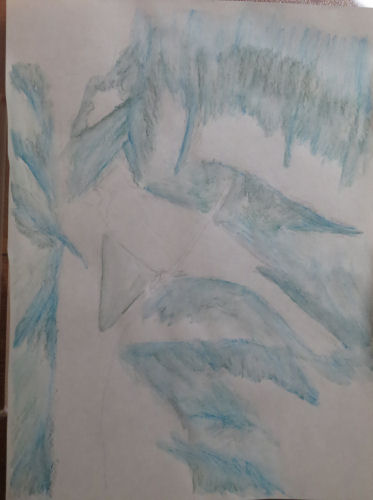 In other news: really the best news, is that it was a very productive day. If I could be this disciplined every day, heck... even 4 out of 7 days a week... my life and house would not be such a wreck. I really like the order and having things clean, but not enough to act this responsibly all the time. I cleaned, I did paperwork, I did errands, I took care of a ton of stupid little tasks that had accumulated on my to-do list. I feel so superior to that other self... the one who is a total slob... the one who wins most of the battles around here.

This looks fantastic. I like the added lines that define everything and bring it to life.
I'm glad to hear I'm not the only one who only has the occasional productive day. My slob side wins most of the battles around here as well.

I am cleaning out everything these days. After my in-laws passed away and we were a (small) part of going through things, I made up my mind to clear the clutter. I am tossing everything I don't need anymore. It's crazy. I want to make things easier to take care of here AND to not leave the task to my kids when I am gone.