The other day, Om was out cutting some grape vines and brush that keeps trying to grow up the side of the house. When he came in, I looked across the room and saw a funny dark thing on his pants. "What's that?" 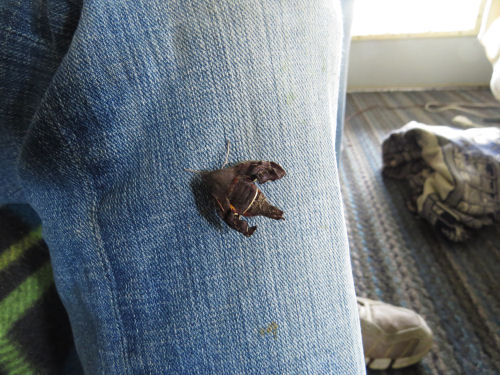 I'm pretty sure it is a hawk/sphinx/hummingbird moth that has just emerged from it's cocoon. But the sad part is that if lepdopteria are disturbed before their wings have filled with blood and dried, their wings won't "unwrinkle" properly and they can never fly. 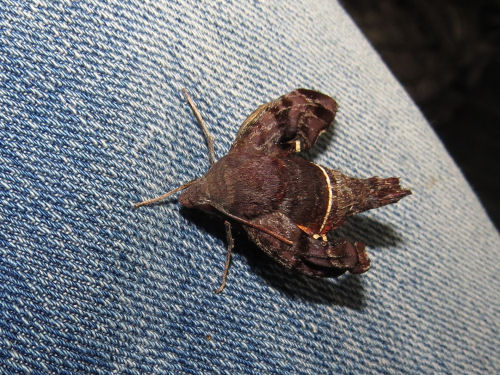 Well, darn. It was already disturbed, and it sure couldn't stay on Omer's leg indefinitely. I tried to get it to crawl on something without touching its wings, but it wouldn't move onto a hard surface. It did crawl on my finger. That allowed me to get a picture of the underside. 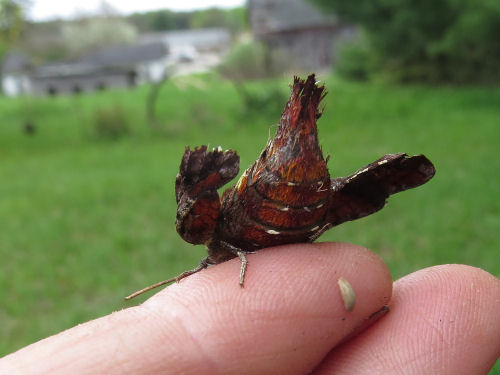 However, I'm still not sure exactly which moth it is. It doesn't have the white lines of the common one. The pictures I took of the dead clear-wing don't have those bands on the underside. There aren't all that many choices in North America. Without the wings open, it's really hard to tell what it will look like.

I put it on the old wheel. Hours later, it was still there. It was alive, but its wings were not opening. It disappeared overnight- probably becoming something else's meal. 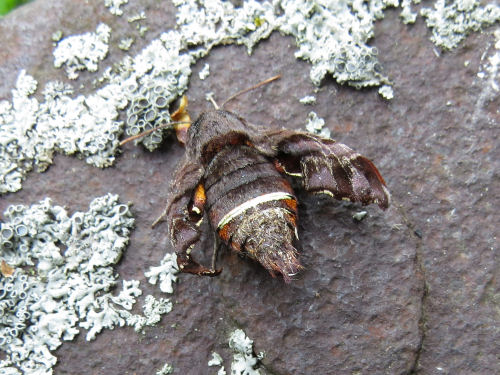 In other news: I worked on the menus for my upcoming hike a bit. Should have done more, but I was a sloth. However, we finally got rain this evening, and the air is less heavy. Supposed to be cooler tomorrow which should help my work ethic.

Email ThisBlogThis!Share to TwitterShare to FacebookShare to Pinterest
Labels: moths

That is fascinating. It may have had a tragic and short life but now it will live on right here on your blog :)

Oh no! I am always heartsick when I can't help something like that. :(