Butterflies of the Week


I took lots of pictures on my hikes this past weekend, so today I'll bring you butterflies. Here's a better picture of the Mourning Cloak, Nymphalis antiopa. I'll bet there were hundreds of them out flying around. And I just learned something. They live for 11-12 months, making them one of the longest-lived butterflies. Although their colors aren't bright, they are fairly large and they fly like crazy, and perch with their wings open, so it's pretty easy to see them. 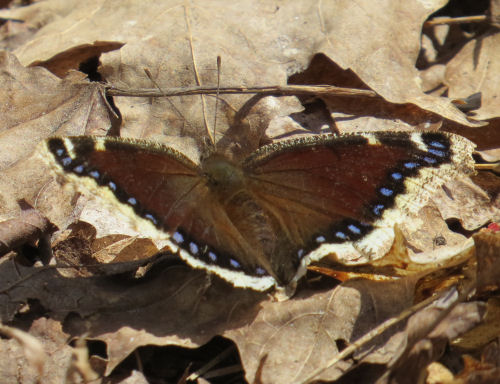 I learned a new butterfly too. This little white guy was flitting around. Looks a lot like a cabbage butterfly, but no dark spots. Turns out that it's a Mustard White butterfly, Pieris oleracea. The dark body, and darker wing veins (which I could see when I expanded the picture are key. And they are also an early spring flyer. 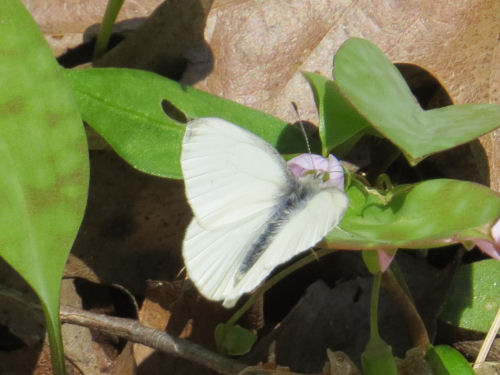 Here's another butterfly I saw a lot of. Can you see it? 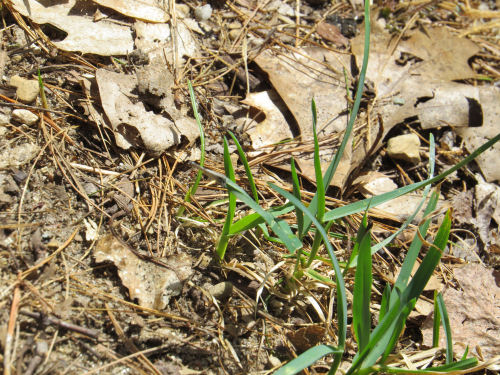 Ha, ha! I couldn't even see it, except that I knew it was there. It's one of the tiny blue butterflies. The minute it lands, it folds up its wings and becomes gray and invisible. Probably a spring azure, but who knows? It's sitting right on the end of that upper left to lower right grass blade, looking at you. 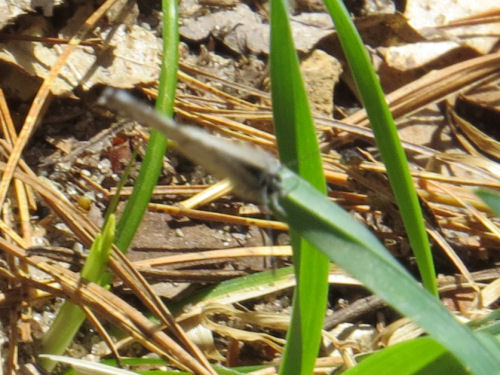 Told you I finished the jigsaw puzzle yesterday. It was a good one, called Puppy Love. The puppies were surprisingly hard, but the rest of it was easy. Four missing pieces, but that just added to the challenge. I've started another one. 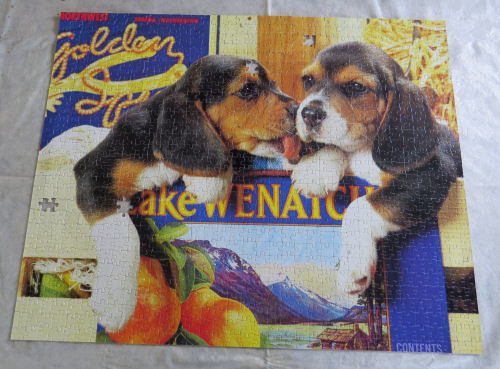 In other news: I decided I should get on the cleaning bandwagon. That way you can't quite say that I never clean things. So now I have a huge mess spread across the kitchen, but I'm working at putting things back in the other room. I suspect it won't get finished until tomorrow. But then it will be clean for another while. You'd think from the amount of dust and crud I cleaned up that the room hadn't been touched in 10 years. Ick. Also went to the post office and the bank.

Wow, I never would have spotted that third butterfly.
Cute puzzle.

Charlee: "Yeah butterflies!"
Chaplin: "We like them almost as much as birds!"