You would think I'd learn, right? I like to learn things. I like to retain things I learn. But when presented with this shrub I pretty much know, in a place I didn't think it grew, I just rejected it as a choice. Where is my botany logic, eh?

This was growing in the old rail bed through the bottomland hardwood swamp Loren and I hiked yesterday. 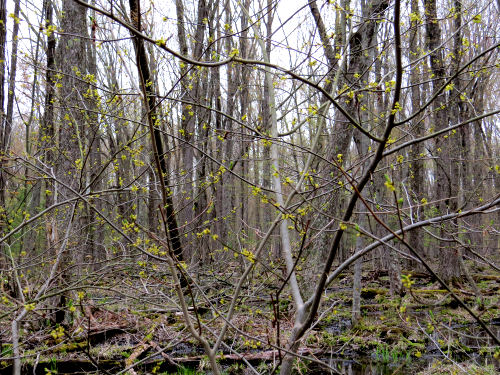 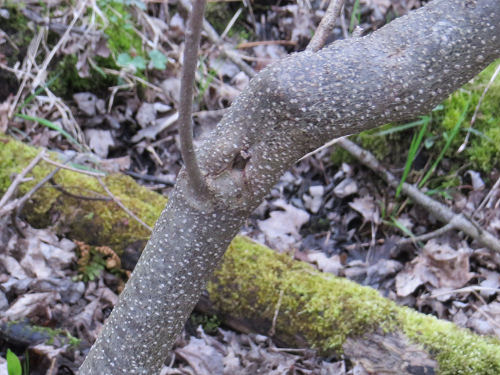 Did I think about the fact that small yellow blossoms so early in the spring almost HAD to be spicebush? Yes, yes, I did. But then I said, "Huh... there isn't spicebush here." Talk about pre-conceived notions. 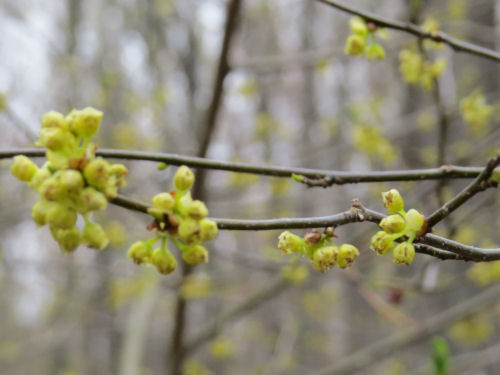 Did I break a twig to smell it? That would have given me the answer in a flash- the spicy scent is distinctive. But, no... I didn't do that. Shame on me.

Did I notice whether the leaves were going to be toothed or entire (smooth edges)? Yes, I did. The answer is entire. OK... another thing right. 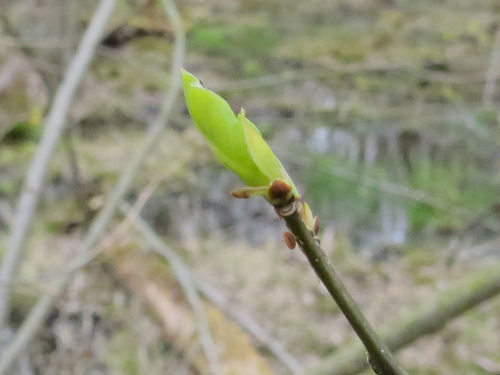 So, I'm going to try to not be fooled the next time. I'm going to try to remember that my choices for shrubs with spotted bark are pretty much elderberry, speckled alder, and spicebush. Elderberry has opposite branches. I DID rule that out on site. Alder has distinctive "cones" and catkins, so I knew it wasn't that. But why, oh why, didn't I accept that my mind was telling me spicebush?

Perhaps I have now embarrassed myself enough that I won't be fooled again.

In other news: I edited like crazy and finished one job. I did some other volunteer work.

Posted by Sharkbytes at 6:51 PM

Maybe you just left your botany logic in the pocket of your other coat that day :)

Love your writing. Now i am following you. Glad you found me. Claudia