It's starting to feel real. I have ONE more shift to work and I'm officially done with being a newspaper mailroom "lead bundler" (almost typed lead bungler!), and will start being a full-time author. 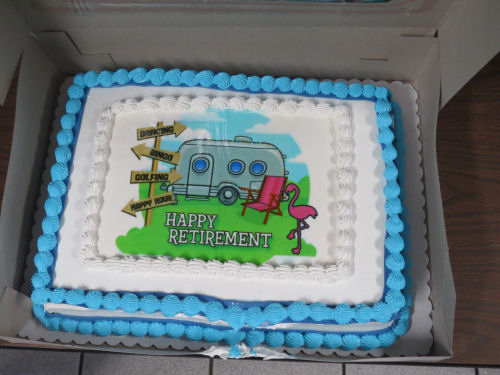 I asked if I could do the final run tonight instead of my trainee. Yes. I get to go out with a last hurrah! Everybody at work was super nice. They gave me a party. Omer brought Omer-style salad (green M&Ms). There were brats and salads and cake. The little banner is a gift from SIL Loretta (she wanted me to open her gift at the party, and also sent a cool t-shirt). 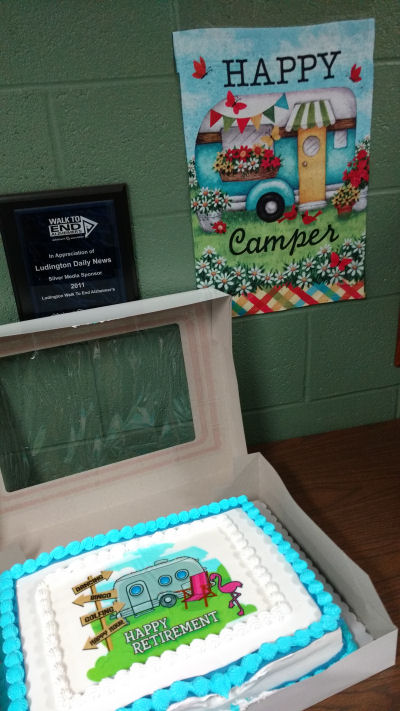 Here's a link to a video on Facebook of me opening my other presents. It was perfect. They got me peanut butter and pickles because that is my favorite sandwich and they've watched me eat several hundred of them by now. The rest of the staff even contributed to the meal with brats and chips. That was pretty special- usually the mailroom folks just do their own thing.

So, here's a nice neat view of the mailroom under operation. It's been a good place to work. 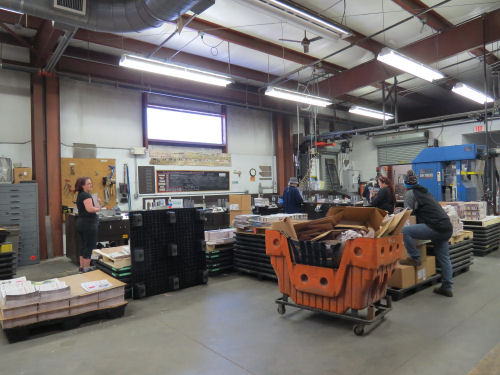 And Michelle, who is taking over for me. Hopefully we've done the training well enough that the transition will go smoothly. I've sure tried. 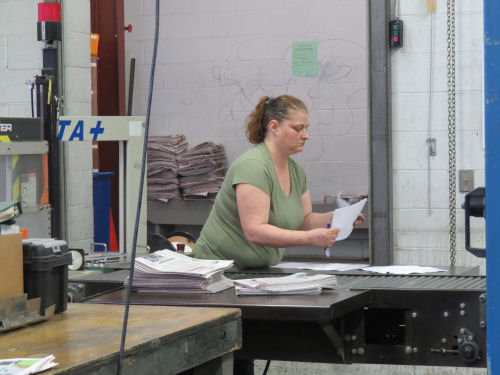 The drivers mostly said last goodbyes because we generally only see a few of them Friday nights. Most of the papers get stacked on the dock (unless things go horribly wrong, and we don't wish for that tonight!) I like to think I've improved relations between the mailroom and the drivers while I've been there.

This is possibly the longest I've ever kept any one job, except for being self-employed. I'll miss the people for sure. Thanks for the memories. Tomorrow I'm reborn with a different definition.

Hope you enjoy your retirement. I know you'll stay busy...

What an awesome feeling. Congratulations on moving into full-time author mode. I bet you will miss the people you have worked there with though

What a great milestone. You must be experiencing more than a little elation at this point.