It's either Thanksmas or Christgiving here. At any rate, we did a relaxed family non-holiday today. First we went out to eat, which makes everyone happy. I don't cook. I don't struggle to try to make 4 people with extraordinarily different tastes happy. We avoided the restaurant crush tomorrow.

Then we came home and did a Christmas game. There were 8 loaded socks under the tree. We each started with 2. 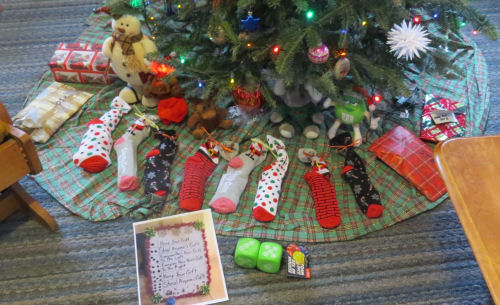 We rolled the dice and followed the directions (you know how it goes, keep yours, pass to left or right, steal a gift, etc). 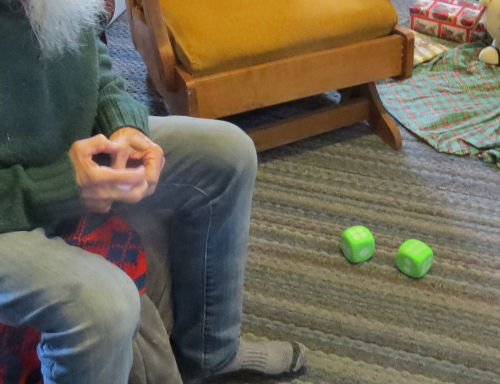 Finally everyone opened their socks and we had a few laughs. Most of the loot was just joke stuff. The mom had to blow up balloons and keep batting them at everyone and throw slime toys at the children. But some of the silly stuff ended up on the Christmas tree, and everyone was smiling. 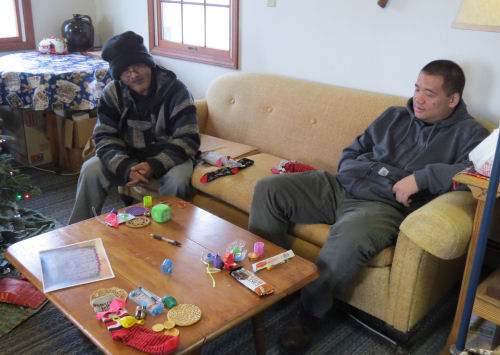 Then it was family game time. This is where it gets tricky, because it's hard find games that the four of us can enjoy together. But we did well this time, I think. We played really short versions of four different games with each of us choosing one game from our pile. That way no one had a chance to get too frustrated at something that wasn't going well. (And, no one picked Uno, which I hate. However, poor Omer had to suffer through Sorry, which he hates. However, see below for who won!) 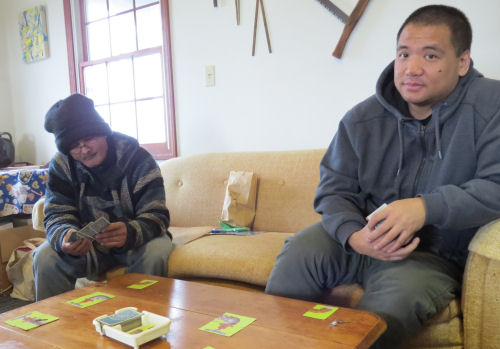 Omer won at Sorry. (Poor Steve went through two and a half rounds of the deck before he got a single man out of Start.) 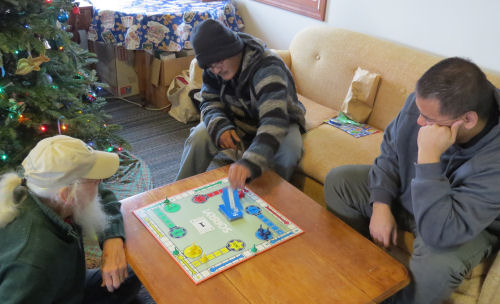 We did Score Four with teams, and played two fast rounds. Josh and I won one round, and Steve and Omer won the other. (PS- I learned that this game is more fun with teams than single players) 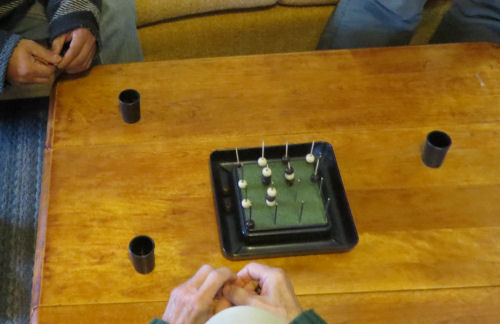 Then we did Blockhead, and I won that one without a single strike against me. 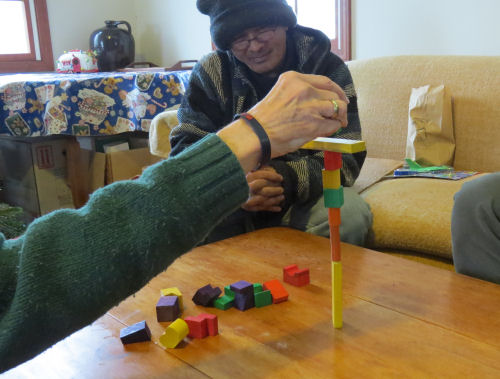 So, it was a most acceptable and happy non-holiday holiday at our house.

There is no other news. Since Omer and I worked till 3 in the morning, we both slept in.

Peace is a good thing. Knowing the Peacegiver is a better thing. Very glad to hear of your family gathering! It seems that you all shared the Spirit of this holiday season. ... I just finished hiking the Lowell area segment of the NCT... more to come!