Only two people came to the hike today, but that turned out to be great because although both of these people have come on hikes before, I didn't know either one of them very well. This gave us a good chance to get acquainted. 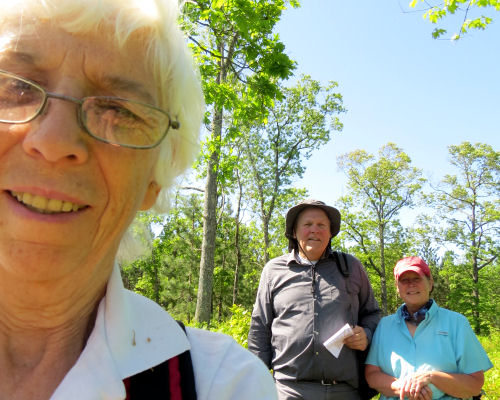 We ended up hiking about 7.5 miles, which was enough for all of use, since the day really heated up. First day that hot here, and it tires you out.

I did take a bearing on that hump (which doesn't show well in this picture), and it just has to be Briar Hill. This is the highest point in the Lower Peninsula of Michigan, at 1706 feet. I've been up it once, but it's all wooded and you can't see much. But I think it's very cool that I can now locate it from several other places. 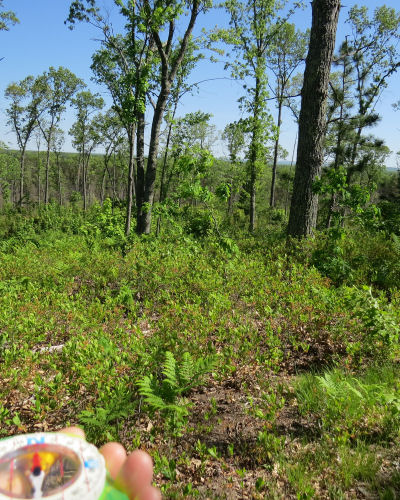 Just off the top of the ridge where I took the bearing you get a much better view of it. 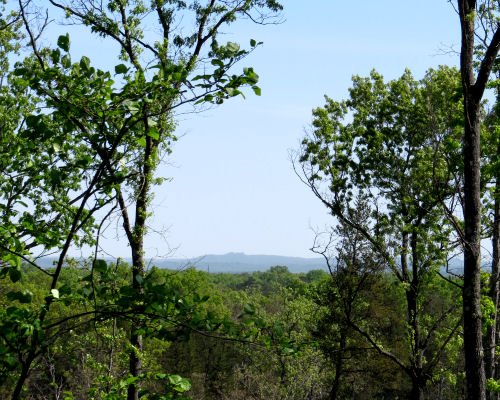 This would be a better picture if I hadn't made half a shadow, but it's Krigia vriginica, Dwarf Dandelion, which is native. 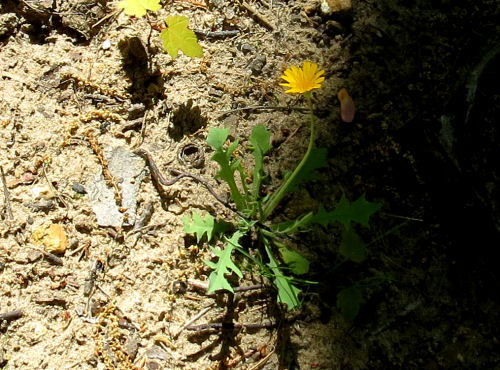 And the lupine has opened up. It was only in bud when I was there on Monday. 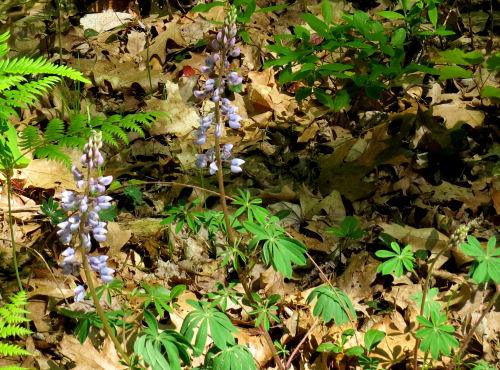 We took a break and had a snack on the shore of Lost Lake, as beautiful today as it was on Monday- blue skies are responsible for that. 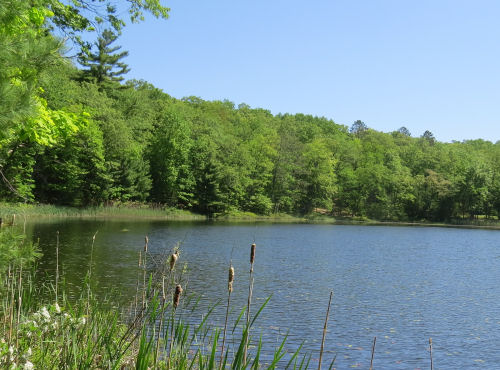 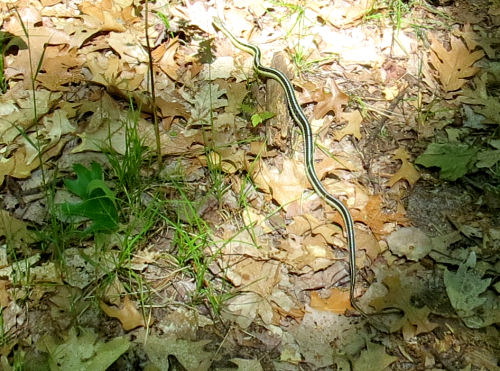 In other news: I did a couple of errands after I got home, but with the heat, this was pretty much enough.

Love the picture of the lake.