I'm leading a hike on Friday at Pine Valley Pathway, but I haven't been there in a while, so I thought I'd better check it out to make sure there haven't been any big changes. The plan was to hike 9 miles, but I think I did about 10, because there was one odd trail turn I forgot about, so I did some backtracking.

The centerpiece of the area is a tiny kettle hole called Lost Lake. (There must be one of those in every county in Michigan). But it is gorgeous when the sky is blue, which it should be on Friday! 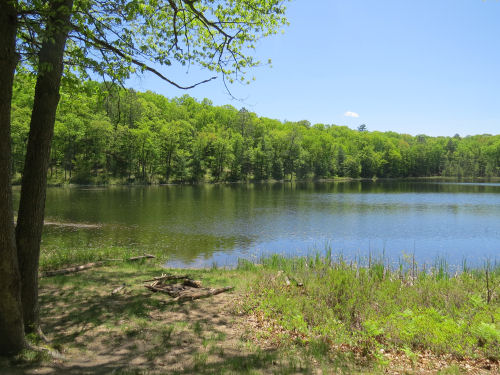 Most of the trail markers are the regular DNR trapezoids, but there are still a few of these old "footprints" left. I like them. Looks like a porcupine does too. 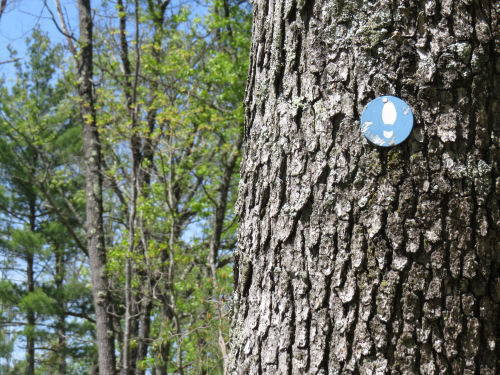 On the northernmost loop there's been some logging which has opened up a nice vista. See that ridge in the distance? 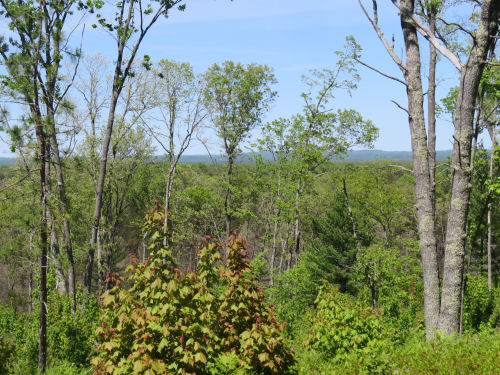 Let me bring that in for you. See the hump in that ridge? 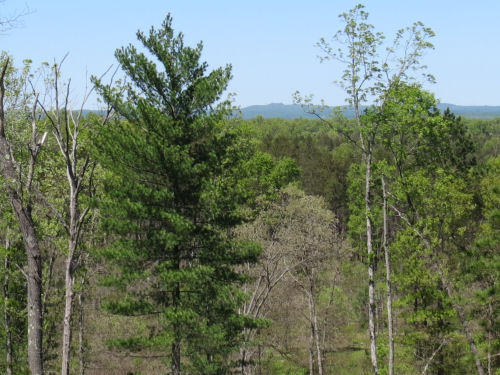 I'll be doggoned! I'm pretty sure that's Briar Hill again. Now that I've got its shape in my head, and paid attention to the fact that it really sits up from the surrounding landscape, I can't stop seeing it. It would be about 15 miles away, and that seems reasonable for that ridge. Here's the line on a topo map. I'll take a compass Friday and get a bearing on it to be more sure. 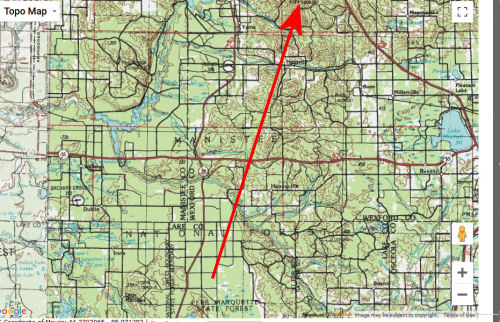 The air was alive with medium-sized brown dragonflies. They would zoom by at my shoulder level or a little lower, and then perch down low on sticks and things near the ground. I caught one in focus. I'm no dragonfly expert, but I think this is a Common Baskettail. The pattern isn't quite right, but the behavior and the time of year are correct. Also, the fuzzy thorax, and the little bit of darker color where the hind wings join the body. Another new dragonfly for me! 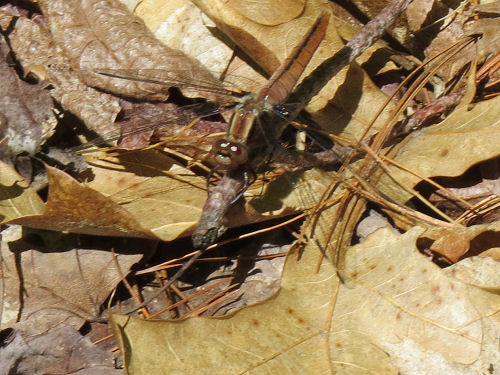 There's a nice wetland you can see on the last loop I took. It's at the edge of Syers Lake. I went closer to take a picture. Do you see anything interesting? 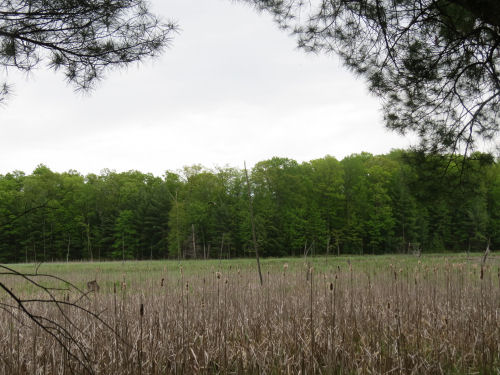 There's a bald eagle coming right at me! 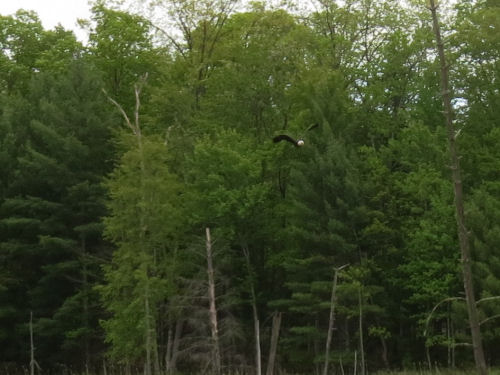 He (it's big- so probably she) perched in a tree, and I got a picture, but there are too many pine needles in the way. But look at that foot! 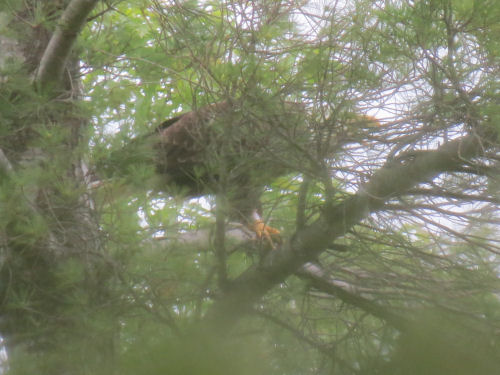 On the way home in the car I may have seen the same eagle, and much more closely, but I couldn't get a picture while driving. It and a crow were getting an early dinner on a road killed deer. They were actually sharing.

In other news: I wrote in the morning, and then did this hike. Now I'm fed and clean and hope to do a little bit of bookwork yet tonight.

You make me miss a good hike on a Michigan trail.

I enjoy seeing the eagles. Unfortunately, they are only occasional visitors to this neighborhood.