I said I'd tell you about the one travel glitch, and this is a good day to do that.

We had allowed a day for getting organized and ready to hike, but were hoping to throw in a little hike, too. Ha. It took us until after 3 pm to do all the stupid errands- Tractor Supply, Lowes, library, drugstore, lunch, groceries. By then it was 90 degrees, and we just melted down, had ice tea, and played a game.

Anyway, When we got to the campsite last night, I discovered that the good news is the door did not fall off! Said a little prayer of thanks for that! This is the door I've tried unsuccessfully, three times, to remove. Guess my efforts, plus the vibration of the road finally broke the screws on the lower hinge. So we had to get new bolts, and get them on quickly so we could use the door! But it's also good news that the lower hinge is now removable. 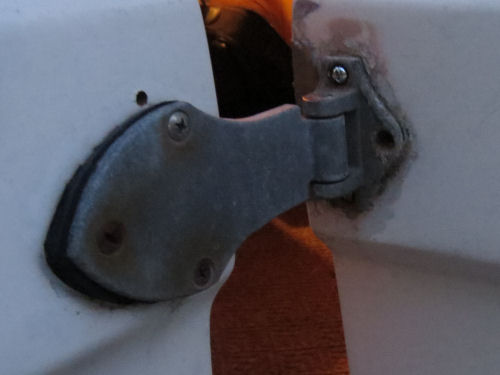 Back up to Friday morning. I didn't get away nearly as soon as I had hoped because when I went to fasten the safety chains I discovered that the threaded chain links on my old chain would not fit over the clips on the new hitch. So... there was yet another trip to the store before I left town. 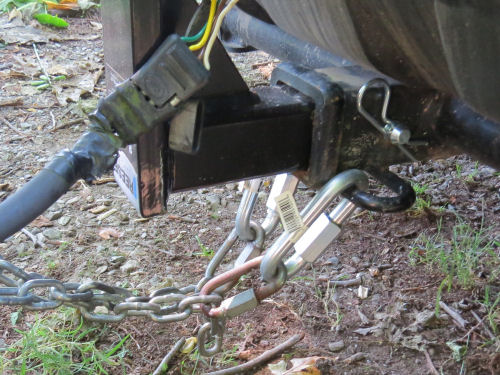 And, of course, all the cute interior set-up had to be stowed down flat and the weight distributed properly so it would tow well. I didn't manage the weight distribution correctly and had to re-arrange when I got to Ester's, but after that it was fine.

So, at least we played some games this afternoon, and took another walk around the campground, which is nicely deserted. We are trying Quixx. Took us three games before we got the rules just right, but now we have it! 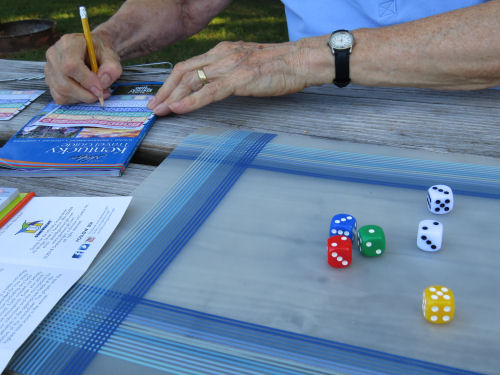 And we think the Cumberland River is beautiful, but we can't see enough of it over the bridge sides from the car. Hoping to get better views of it tomorrow. 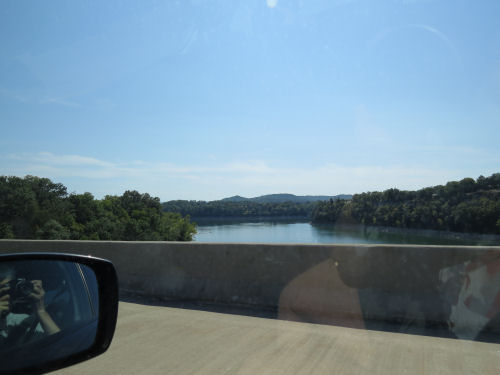 And, tomorrow... I think we have all our ducks lined up, these realities checked off, and we will be doing some hiking. Going to try to get out early because it's supposed to be 94 degrees in the afternoon.

We took our little walk around the campground again when it cooled down. I know... not too exciting, but all these things are part of the experience.

What timing on that door hinge. At least that hinge coming loose didn't cause any major problems for you.

I love that you appreciate a mostly deserted campground. That's also one of my favorite things when it comes to campgrounds. :) Happy hiking!

I am so excited that you are in the area that I love most in the world! Have fun!!

Good times and good fortune. Photog got a selfie in the river pic. Neat.

Lulu: "It looks like you're having fun on your trip. I'm glad your door didn't fall off, that would probably be bad."
Charlee: "That seems like awfully hot weather for hiking."
Chaplin: "Yeah, it makes us want to take a nap."
Charlee: "Of course, everything else does that, too ..."