Way too much of interest today to share it all in one post. You'll see more from today on slow days in the future. To begin the day, Marie and I walked Rachel to work. This is just a Philadelphia sidewalk stroll, but it gets in a couple of miles before the day even begins.

In the afternoon, David took Marie and me to Bartram's Garden. This is a really neat place for botany freaks. But first, we parked at the end where we had to walk into the grounds on a trail along the Schuylkill River. The places to rest were these funky boat-prow platforms. 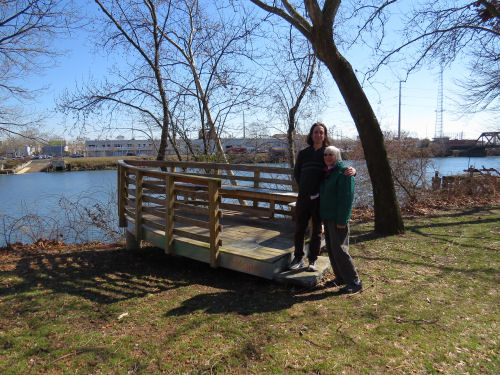 Each one had a plaque with some tidbit of natural history. 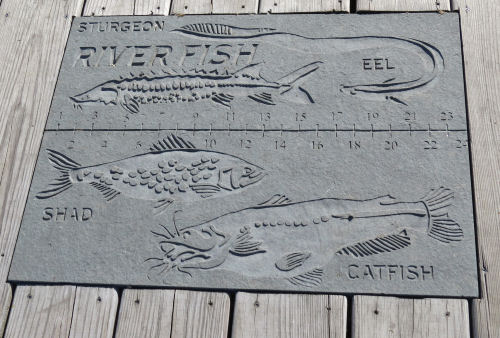 Then we arrived at the garden. John Bartram was a contemporary of Benjamin Franklin. He was a naturalist dedicated to discovering native plants of North America. He brought many species of trees to what is now the 45-acre public garden. 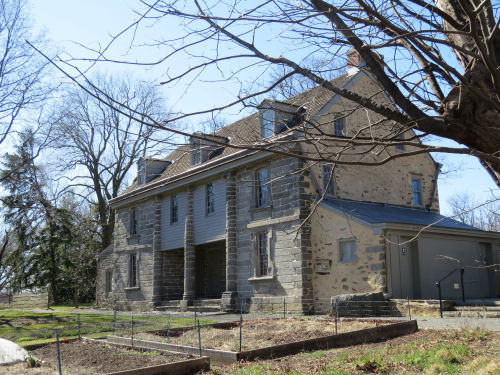 I learned a bunch of new trees, and saw several trees that were the largest examples of a species I've ever encountered. Here's how one of those stories went. Dave was reading the brochure/map and he said, "I think that's the ginkgo over there."

I glanced up and said, "Nope, they don't get that large. At least, I've never seen one that large." Then I looked up at the bare twigs and said, "Well, maybe."

We walked around to find the marker, and discovered that it's the oldest known Ginkgo in North America. Yup, quite a bit larger than any I've seen! 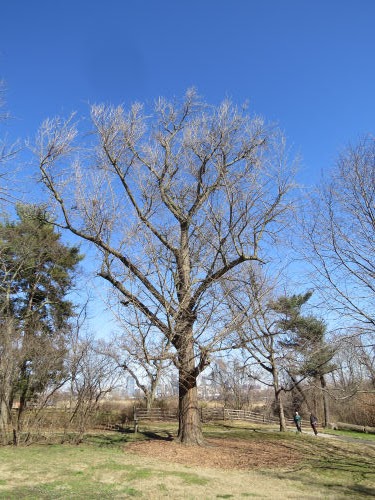 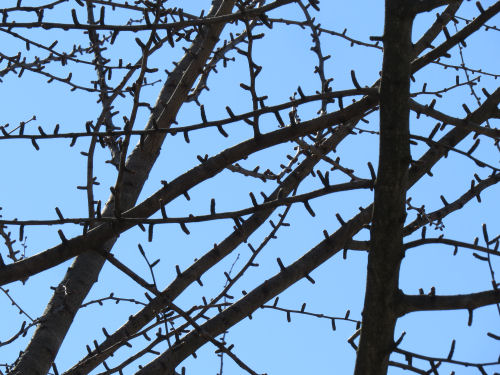 One truly awesome event was that we watched a young red-tail hawk picking away at something on the ground. 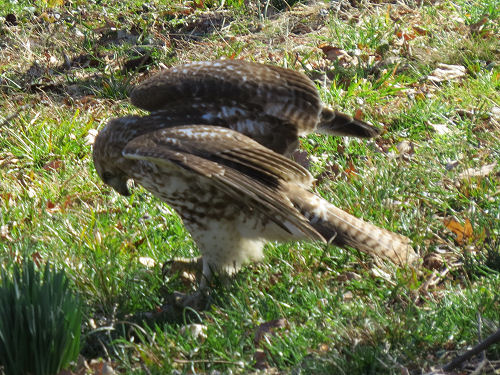 Eventually it pulled it up so we could see- it had killed a garter snake. The strange and slightly sad part is that the bird didn't eat it. It just played for a while and then flew away. We didn't scare the bird away. I don't mind that hawks have to eat, but it seemed a waste to just leave the dead snake. 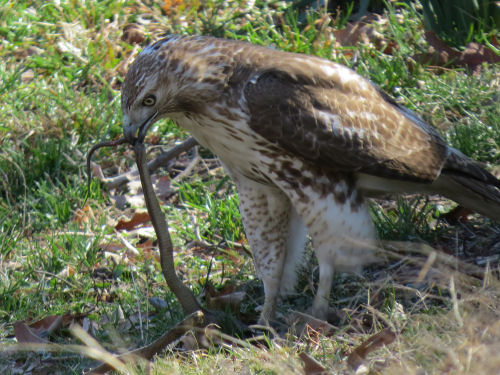 Anyway, there were a few things in bloom. We saw other large and/or interesting trees. I learned a TON. You know that any day I learn a new plant is a good one. I'm in botany heaven this week.

Total miles walked for the day, probably around 7. A piece of the Riverwalk, Bertram's Mile, and sidewalks.

I like the looks of that house. The Ginkgo isn't a tree I've ever seen before. That hawk is a beauty.

Botany heaven must be fun!

Lulu: "Our Dada says he misread this post title at first and thought it said 'Batman's Garden'."
Chaplin: "I wonder what Batman's Garden would look like."
Charlee: "Well it would probably be in a cave."
Chaplin: "And full of night-blooming plants."
Charlee: "With a sign 'No Jokers Allowed'."
Lulu: "How do you know so much about Batman? Did Dennis meet him?"
Chaplin: "Surprisingly enough, no."