Today was gorgeous with temps in the 60s and blue sky. Marie and I hiked about 5 miles total- to get to the Riverwalk, and then to the Waterworks and back again.

The Riverwalk is still under development with plans for it to extend over 30 miles, all the way to Valley Forge. Of course, there are nice views of the Philadelphia skyline. 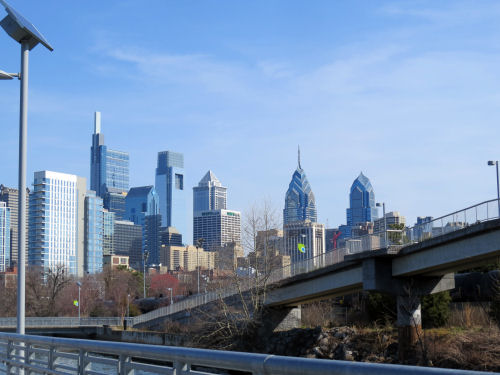 The river is the Schuylkill (say SKOOL-kill), a really historic waterway. Pick up any book on the early history of the nation, and you'll find it mentioned. Since Philadelphia was so important in our early government, and rivers were the transportation routes, you can imagine why. This is looking down on the Riverwalk and the river from the South Street Bridge stairway. 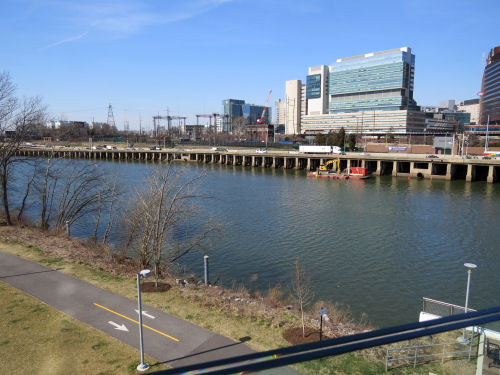 Just a pretty scene along the way. Some of the flowering trees are actually beginning to blossom here, but the barberries were providing most of the color along the way. 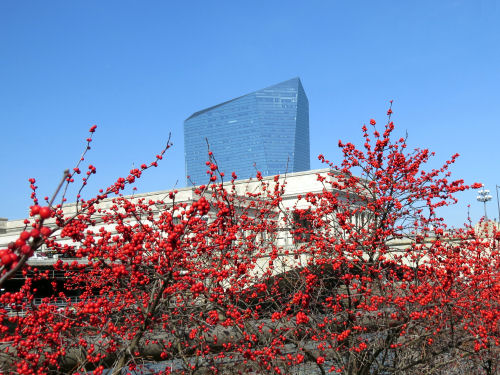 There are lots of neat walkways that go up and down the rock ridge behind the waterworks building. I was shooting into the sun, so the picture is a little washed out, but you can get the idea. The building at the top is the art museum. 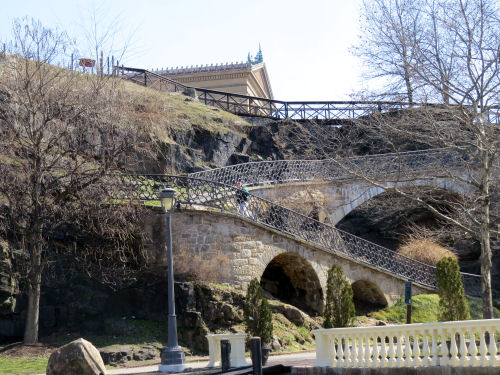 And our northern destination for today was the Waterworks building. Philadelphia began taking water from the river, purifying it with sand filters and distributing it in 1801. And they did it in style. These buildings were erected beginning in 1815. Beautiful and functional. 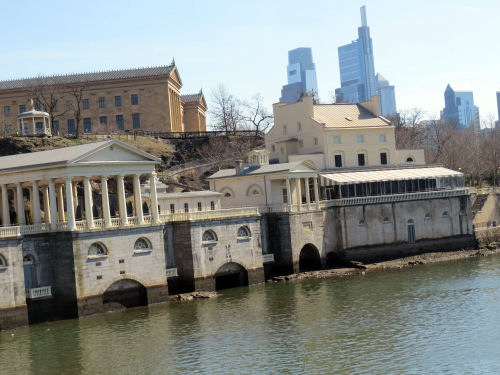 There were lots of runners and dog walkers out today. It was so mild, I ended up in just shirtsleeves.

We chilled in the afternoon, and as soon as the girls have finished their homework, we're going to play cards.

Philadelphia Riverwalk, 5 miles- home to South St. Bridge to Waterworks and back

Looks like a beautiful day. Pretty area to walk and loaded with history