Spent another 4.5 hours on the well pit project. Still not done, but 4.5 hours closer, right? I decided that paint was the priority because there may not be any days warm enough to be painting for a while. I got all the exterior painted brown, and the trim boards. It would be cute with white trim, but I decided I'd rather it just be unobstrusive. And what I just claimed isn't quite true. I still have to buy 2x2s for the corner trim. But those pieces can be cut to fit and then painted in the house because they are small. 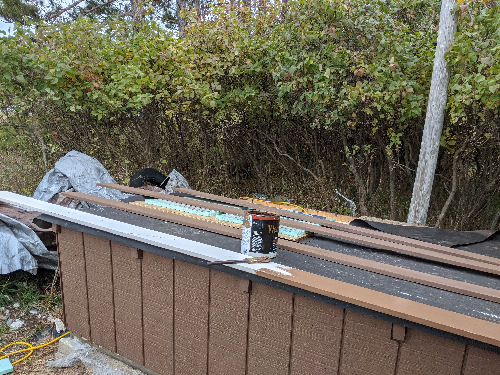 I have the trim boards and drip edge on 5/8 of the perimeter. It will take a little bit of fussing around the hatch, which is why that part is not done. 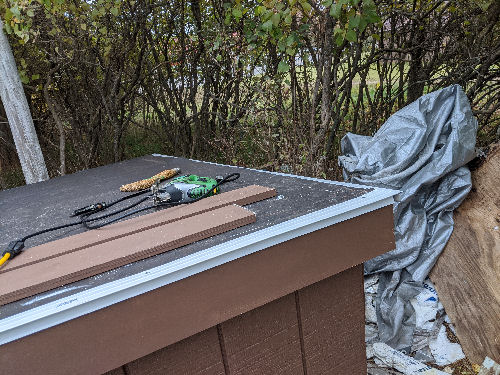 Then I decided to do one of the short pieces of rolled roofing to see how that would go. Well, it's OK. It's awkward to work with. But I saved money since I only had to buy one roll. 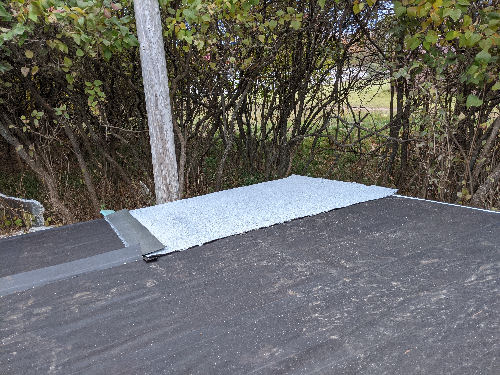 It was starting to sprinkle, and although we aren't supposed to get any real rain, I decided to quit. It was after 6 pm, and I knew I wasn't going to be able to finish the outside before it got dark, anyway.

So, I had to cover it all up with the tarp and blocks again. I managed to mash a finger between a block and the edge while lifting one of the blocks. I iced it for an hour. Purple and fat, but not very sore. I think I just broke a blood vessel.

In other news, I spent all morning on the course I'm taking with its assignment.

Did I tell you the copies of The Lonely Donkey have arrived?
Posted by Sharkbytes at 8:22 PM

It's looking really good. I like the color you chose to paint it.