Here's a pretty little blossom with a problematic common name. There are several plants called frostweed.

This one is a Helianthemum, a cousin of the Portulaca you might put in your garden. This particular one is Helianthemum canadense, and I took this picture in June. 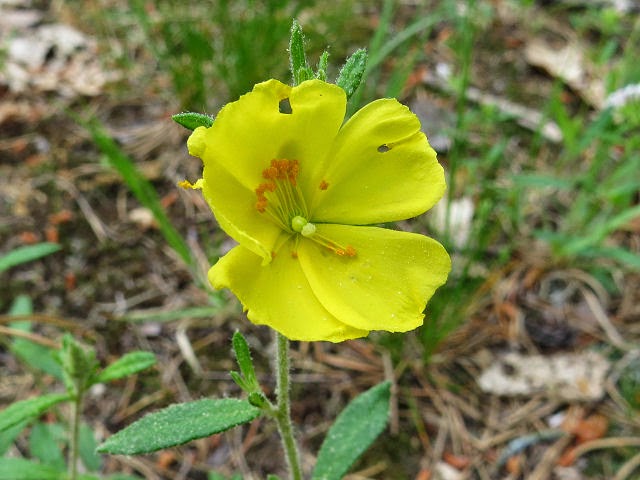 It's a pretty little flower- I love the clear lemon yellow with orange highlights. Recently, another blog I read noted the way the stamens seem to lie in unequal bunches. It's true, but I've never noticed that feature in any guide books.

It doesn't look like much when it grows. It tends to poke up singly, whereas a nice grouping would be more colorful. 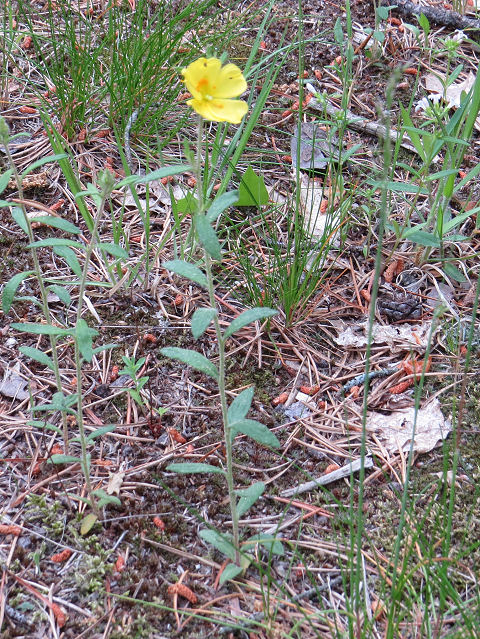 But it does have two really unusual features. I don't have pictures of either one. Later in the summer after the yellow blossom is gone, tiny flowers with no petals will appear in the leaf axils.

And strangest of all is the way it gets its name. When the first frosts come, the stem will split, sap will ooze out and freeze. It creates white cotton-candy like fluffs around the stem. I've never even seen this. But there are nice pictures of it at the wonderful blog, Water Lily - Frostweed Follies

Flower lover,all over the places.

Well these are simply fascinating especially about the sap freezing. I clicked the link to go have a look, simply amazing