C is for Camping (joke of the week)


Regular readers know that I'm a bit nuts about camping, so how can it be the biggest joke of the week?

Yesterday somebody knocked on the door. It was the wife of Steve's former Scoutmaster. Keep in mind that Steve is now 37. She rolled her eyes and said, "I really have to apologize. I was cleaning ____'s desk, and found some undelivered badges. So here's Steve's Camping Badge, about 25 years late." We had a great laugh about it. 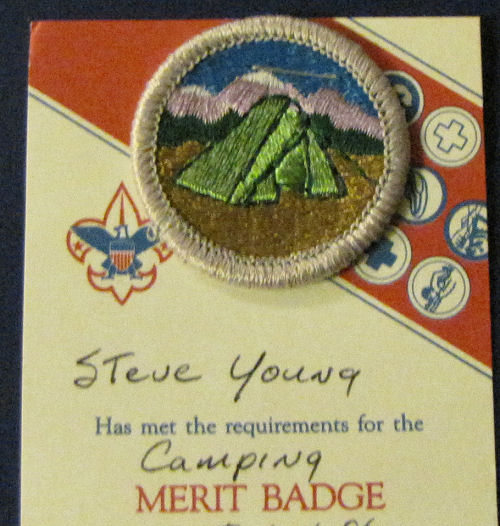 The real joke is how little anyone here likes to camp, except me.

Here's a lesson for you youngsters. Om and I discussed camping before marriage. He said he liked it. I knew I liked it. Oops... be sure to talk about definitions. He calls it camping when you drive around in one of those metal houses on wheels. So not...

Anyway, we did go family camping three times. They were not outstanding successes. However, with the practiced eye of a mother determined to come home with happy pictures for the photo album, I bring you Camping in 1979. (Steve is the little guy with marshmallow on his face, Josh is still burning his.) 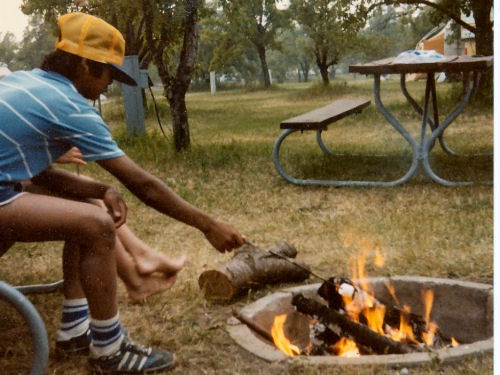 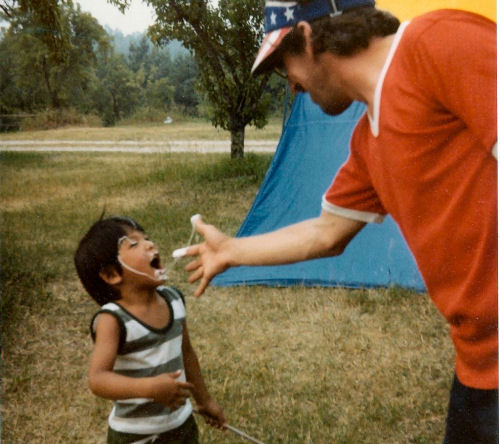 The bottom line is, Josh did not like being dirty. Omer does not like being cold or outdoors that much. Steve tolerated it all much better, but given choices he didn't want to camp either, once the Scouting years were over. 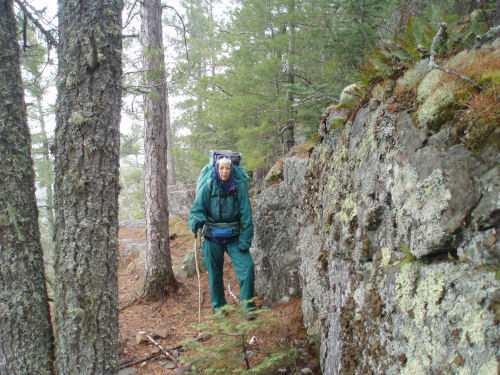 I love the outdoors, my family not so much. The pics are lovely!

You either love it or hate it, I know what you mean - I never managed to pass my love of it on - perhaps a future generation :)

Oh, I definitely agree about definitions! My boyfriend and I recently had to discuss our definitions of travel (two weeks in Ibiza, we agree, does not count!), hillwalking, boating and, yes, camping. I think we're closer to your husband's definition but someday I want to try real, proper camping.

I've never been real camping but don't think I'd like the no bathroom thing. I'd rather just go hiking during the day and then sleep inside to have that indoor plumbing nearby. The closest thing I came to camping was sleeping outside on a lawn in my sleeping bag.

I've been "real" camping on several occasions. I hate it. :) Give me a 5 star hotel any day!

Just goes to show everything comes to those that wait...
I am NOT a camper...
here is mine
http://www.astringofpearls.org/a-z-in-26-days/

Google and I are having issues

I've never been camping, but it's not really part of the Jamaican cultural experience. I'm thinking that I like my creature comforts so much that I'd probably be miserable. :)

I've done LOTS of camping in my life. There are certain aspects of it I REALLY love, others... not so much.

I love camping, but I am not a camper.

I'll go camping with you, Sharkey!! I love camping. But I like to have a warm shower and a flush toilet--that is my only requirement. I love snuggling in my sleeping bag after a long day in the wilderness. There is no sleep like that in my tent. :)

Camping was a big thing with us when the kids were young. DH and I camped while night fishing when they had left home.

Loved your B for Bunting post too! Glad you took up the challenge!

We've discussed going camping as a family but haven't actually done it yet. My husband and son do the Scout camps every year, though, and this year they're having a family camp in June that we're planning on attending.

Love the picture with marshmallow on the face!

Thanks for stopping by my blog and commenting.
Erin

I love camping...and hiking and kayaking. Our summer vacation is usually a few nights of camping which I prefer so much better than staying in a hotel.
I love your humor, especially about the badge :)

I miss camping. I used to go regularly when I was a kid -- in tents, mind you -- but not so much anymore. Now I spend a week every year in a platform tent at a campground with a dining hall and other buildings with electricity. It's okay, but not quite the same.

But, once my son's old enough... the call of the wild(erness) will draw me back in again. I'm sure of it. Merit badge or not.

I grew up camping with my family and knew how much work it was. So when I got married, I wasn't crazy about carrying on the tradition and my husband never wanted to camp either. I think we went a few times with our kids who, wouldn't you know, all LOVE to camp.

How funny about the badge! I used to love camping, but it isn't something I can do now for various reasons. My husband hopes to take our littles camping for the first time this year, though, and I hope he can pass that love along to them, and it can become something special they can all do together.

(And, yes, we've always done REAL camping! None of that metal box stuff!)

Shannon at The Warrior Muse, co-host of the 2012 #atozchallenge! Twitter: @AprilA2Z

Better half says you would have been a great "pioneer." i think perhaps you are one. But you do your thing notwithstanding family proclivities to other activities. Good for you. (And we do the "rolling tin can" thing.)

I haven't been camping for years. I remember it as being fun but I suspect the reality would be different these days!

I love that your son finally got his camping badge :-)

I used to go Youth Hosteling here in the UK when I was a kid. Far too old and rickety for it now.

Great fun,a dn re the badge: better late than never.

Your post made me smile. I loved to go camping when my son was a boy and in scouts. The firepit and marshmallow toasting were my favorite parts!

Funny joke and great pics. Me, I don't like camping but I know there are plenty out there who do.

I love camping, but we got rained out two years running and haven't been since.

Thanks for stopping by my blog today!

What a nice family. Thanks for coming by my blog today.

that is great! and instead of tossing it, she presented it!
and i prefer a hotel & a pool to camping...guess i'm spoiled!

My son's favorite part of camping was building fires. I never quite knew what to make of that. He didn't start camping until he was 10!

Good luck with visiting all 1900...I'm glad you visited mine. It's nice to meet you.

I loved to camp when I was younger. Maybe I should try it again.
Loved your pics.

Camping always seemed like it would be so much fun, but I found my body hated sleeping on the ground. The rest--the cooking over a campfire, hiking, and chilling away from the telephone--was great.

I really enjoy camping, but don't get to go much anymore. It's just something about being out in nature, connecting to it, with no technology {except for a cell phone for emergencies}!

I grew up being dragged to every fishing hole beside every back road my dad could find.

But we really weren't the outdoors type family. That would be my hubby...not me!!