E is for Equisetum


I've been working on identifying the genus Equisetum (horsetails) for the past couple of years. I've found 5 different ones around here, and have pictures of 4 of them. (I just can't find the pix of the fifth. I'll either find them, or take more, or both.)

The Equisetaceae are one of the true living fossils. They covered the earth during the Paleozoic Era, and they were as tall as trees. Imagine walking in a forest of these! There was even more variety then. Now, there is only one genus left in the family.

The cone-like structures at the ends of the fertile stems are called strobili. They produce spores. Some horsetail stems photosynthsize and some don't. I'm not knowledgeable yet to know all the details, but I think I can ID all of these species without a book.

The first one is Field Horsetail, probably the most common one there is. These are the fertile stalks, but later in the year sterile stalks grow up with long skinny branches. You might see it beside railroads. 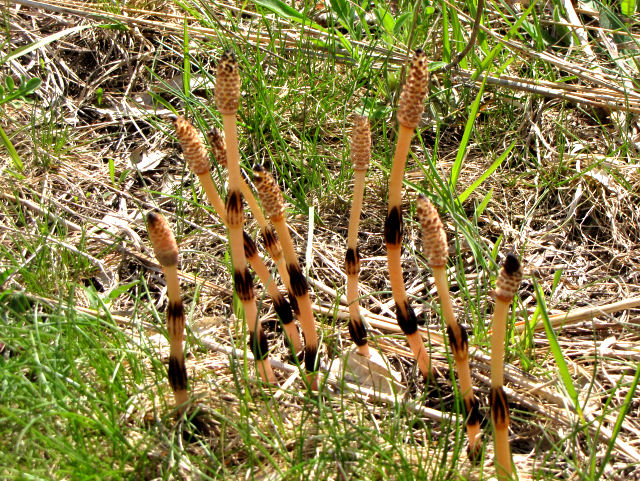 Next we have Scouring Rush. These pictures are of old stems, because it's evergreen. It's also very common. It never gets branches, but just grows those stiff stalks. 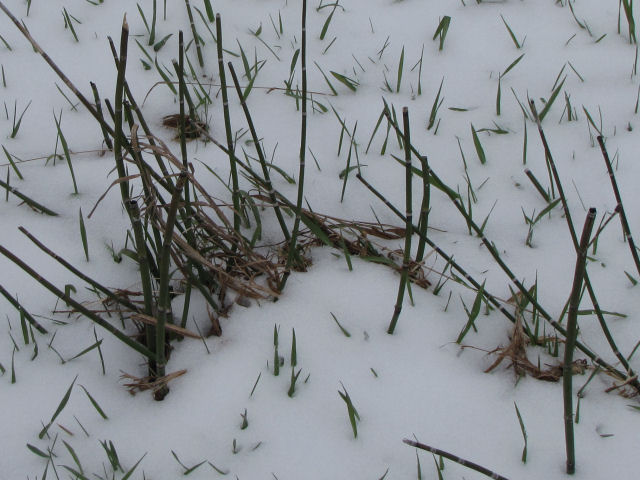 Here's one that's lovely, the Meadow Horsetail. I've seen this one grow two feet high! It looks very layered, because the branches grow straight out from the stalks. 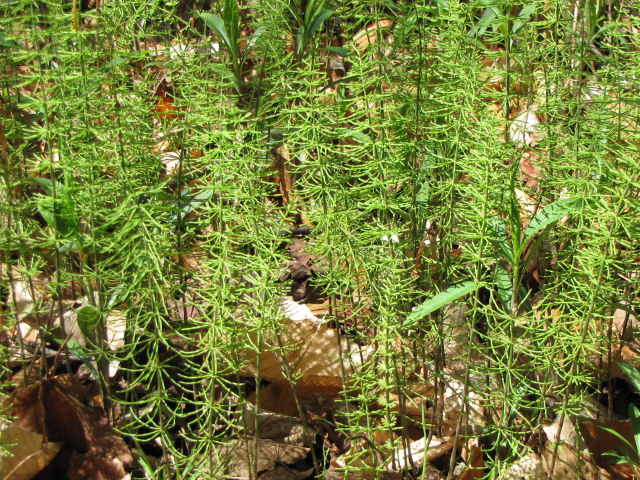 Finally, one of my favorites. I've found one place where this grows. These tiny clumps of stiff curly stalks are Dwarf Scouring Rush. It never gets branches either. 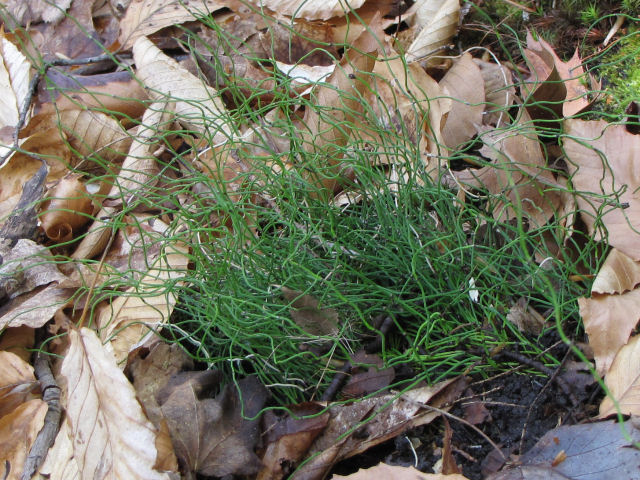 The other one I've found locally is Woodland Horsetail. Wish I could find the pic. But I know where it grows! Oddly enough, as early as things are this spring, the horsetails don't seem to be coming up early.

If you want to see all the pictures, follow the link below.

Posted by Sharkbytes at 9:51 PM

Interesting plant. I will check and see if any in this family grow here in GA.

I thought the horsetails were fascinating. The spores gave me an idea for a story. (fantasy/sci-fi of course)
Enjoy the A to Z challenge!

Interesting! I don't know much about botany, even though I go hiking every weekend! Perhaps I should get a beginners book.

The snow in the midst of spring is weird.

But reminding me winter is just over.

Wonderful pictures and what a fascinating plant. I have a soft spot for horsetails with their long, long history and their ancient looks. I can imagine them ten feet high and dominating the landscape.

Fascinating that they used to be as tall as trees, but have since shrunk after all those years. Great post!

This was interesting...I enjoyed reading back a few posts too, especially the camping. We like to camp and have had some of our most fun family times out in the woods.

Good luck with the challenge and thanks for visiting my blog!

I've been seeing those field horsetails on the sides of the road for years and never knew what they were called. We also have the meadow variety sprouting up in some of our gardens. I'm happy they're now very tiny as they seem to be very prolific.
Thanks for visiting my blog on the A to Z Challenge,
Kathy at Oak Lawn Images

Excellent photos, I like medicinal plants. No doubt a great adventure if you can visit all the blogs for this month.
Saludos.

Thank you for stopping by my blog for the letter E post.

Susanne
PUTTING WORDS DOWN ON PAPER

I love all the nature pics on your blog. Very nice!

These are so interesting. I don't know much about plants. Thanks for your visit and comment to my blog. I'm trying to make my way thru the daunting list as well.
Karen

Wonderful photography! They are true living fossils :-) I have seen the most common--the field horsetails, in two different locations here in western PA USA. Thanks for sharing :-)

why not add a "follower" section to your blog so people can read you in their blog reader? I saw that you can subscribe via email too, but the photos do not show up there for me.

have a great day!

Beautiful photos. I love the first early shoots of spring wildflowers. The May apples are up here. Thanks for stopping by my blog.

Interesting. Thanks for visiting my blog, and good luck making it to all of 'em this month. Figured I'd return the favor, and while I'm here, I believe I'll sign on as your newest follower. Looks like I can find a lot here to stimulate the ol' gray matter.

Ooh, I especially like that dwarf one. Very interesting looking. How odd that the horsetail isn't coming up early like everything else.

I had no idea. Interesting how some people are so oblivious that they can walk on things all their lives and never notice. 'Bout time for me to pay attention!

Aren't these some of the most primitive plants on the planet? Seems I've heard that. Guess I need to consult my botanist!

We have horsetails in CA. to answer your first commenter.

My stepfather was always collecting plant fossils- but never brought home a tree sized horsetail. They are lovely and weird :-)

Wow--very interesting! Had absolutely no clue these even existed. I love gardening, but here in Curacao the weather limits the kind of plants I can grow, and it's a full-time job just to keep them watered in this heat :) Thanks for stopping by my blog earlier!

those are very interesting plants, i do not think i have ever seen the first kind, it looks so unique.

Thanks for stopping by my blog, Joan! This is a great post. I'm a big hiker and sometime foragers, but I didn't know about horsetail or how old it is.

Scouring Rush! We just saw some of this on the weekend while walking through Riding Mountain National Park. We were wondering what that was... looks like mini-bamboo. :)

Thanks for visiting my blog!