Q is for Quills


This is called having a button and pinning a vest on it. Sort of. As is turns out, one of the key pieces of this post is in a baggie somewhere in my office and I can't find it to show you a picture.

Yes, I have a bag of porcupine quills. "Why?" you ask. Simple. I want to try some Ottawa quillwork. This is not the same thing as quilling, which is a curled paper craft that my buddy Ann likes to do.

In January, I read a book called Ottawa Quillwork on Birchbark put out by the Harbor Springs Historical Society a number of years ago. It was in a friend's private library, and it had pictures of significant quillwork boxes from their collection. It also included instructions on how to do the several techniques.

I found a few pictures of the kind of thing I'm talking about. NOTE: I DID NOT MAKE ANY OF THESE. I just would like to. 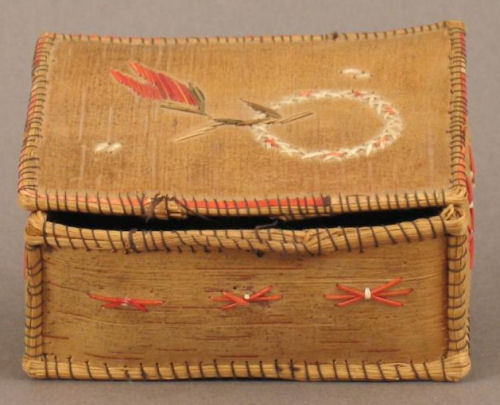 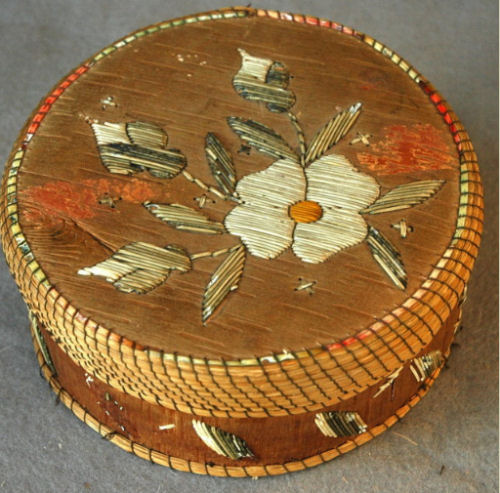 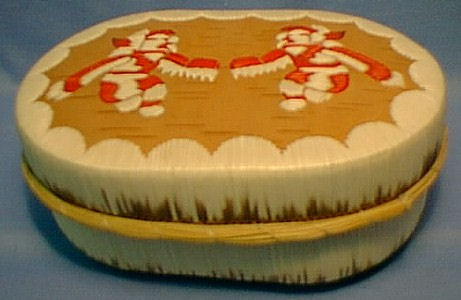 The pictures are arranged from simplest technique to more difficult.

Those of you from other places in the world than the USA may be wondering what quills are. They come from this creature, the porcupine. 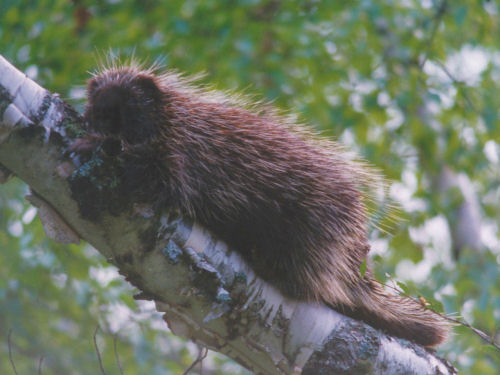 Each quill has a small barb at the end. If you have a dog that tried to get too friendly or too aggressive with a porcupine, you know what happens next. The barbs stick in skin like a fishhook, and must be removed with pliers.

However, except for the barb, which you can cut off to craft with, the quills are somewhat like a softer version of a feather shaft. That's kind of what they feel like.

Anyway... some day, I hope to at least try a small project using some of these techniques.

Interesting craft. Does the porcupine have to be sacrificed for his quills?

I have never heard of this craft before! What a great Q post. Good luck with the project.

I loved the Marquette River post too! I have never heard of it or seen it, only on your blog.

Those boxes look lovely. I look forward to seeing ones you produce sometime soon!

The birch bark and quills do seem to go together very well.

I've always wanted to try quillwork. I've studied it and even have a character doing it in my novel. I hope one day I can actually get the supplies to do it.

Wow, that kind of craft screams PATIENCE....I usually don't have any to spare, but I admire the work you have posted. I still haven't found my crafting nitch!

HI
I enjoyed looking around your blog today. Thanks for stopping by my devotional blog.

I actually have two that I am doing the A-Z challenge for the other one is more artsy and features my mosaics.
http://mosaic-margot.blogspot.com/

Anyway I clicked follow so I can keep track of you. You seem to be a very interesting person. I will try to pop in again after the challenge.

Hmm, I wonder if porcupines shed quills periodically? Something to ask next time we're at the zoo. "Hey, could you save us some quills?" LOL, imagine the look we'd get!

Thanks for stopping by my blog yesterday.

Interesting . . . Humans will find a way to use all parts of an animal. How are the quills obtained? Are the naturally shed by the porcupine?

Happiness! I was happy to see you stop by my blog - Thanks for looking :)

thanks for commenting on my blog and leaving your blog's address...I've enjoyed reading your posts! Have fun with the Challenge.

Wow! This is new to me. I would love to see a cool abstract design done this way...

I used to use quills for fringe on beaded earrings back in the early 90s and I always wanted to stitch quills onto buckskin but they are so difficult for me to work with. Plus all the time it takes to cut off the barbed end. Good luck with your project. I love Native American quillwork.

How fascinating. I'm curious how you go about collecting the quills. Do they shed them? I can't imagine you would pluck a porcupine....lol
Thanks for the mention too :)

Interesting. Do these porcupines shed their quill or how would one get them?

I love quilling, although I have never tried it. Good luck with your handicraft.

That looks like a very rustic and pretty craft...

Those are beautiful quillwork!! Looks similar to my grandma's sewings. --Can't say I've ever heard of "quilling(?)" ..learning something new everyday!! Thanks!

Way cool! When I was in college I got the opportunity to try quill wrapping at the Symposium we held at Iowa State. A lot of fun, and a lot of work.

I would love to try my hand at quilling. Great Q word.