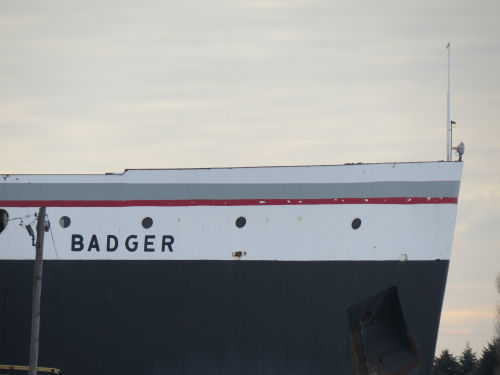 I've featured shots of it in dock or coming into the harbor before. Today is pretty special. Finally, after years of trying, it was granted status as a National Historic Landmark. It's the last of its kind operating on the Great Lakes, and has had to undertake some changes to it's systems due to EPA regulations. "“The Badger’s machinery is particularly notable as the last surviving and intact power plant of its type," according to maritime historian Bill Worden.

Or maybe that is... a big governmental oops! The Park Service posted on its web site that the designation had been granted, then took the notice down and now says it's still under review.

Talk about snafus. Front page of the local paper... of course we are proud of our "boat." 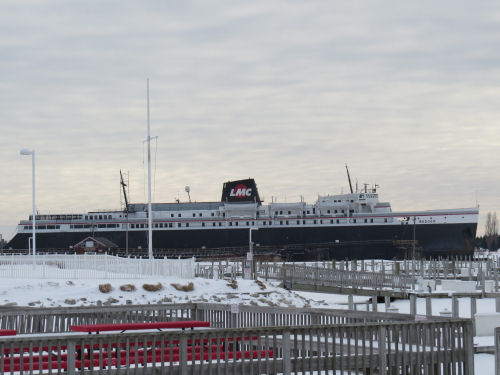 Well, I hope it's just some minor thing, like the ink isn't dry on the signatures or something.

In other news, the marina was quiet... a northern resort town in winter. 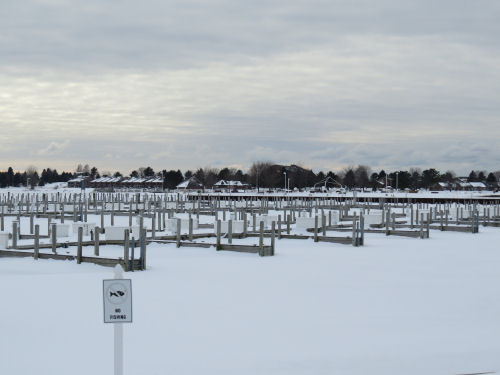 I've frequently thought that a ride on the Badger would be an interesting trip. Still haven't done it.