Fascinating Fasciation- Starting with an Oops


TOTAL CORRECTION: This is actually arctic butterbur, a relative of coltsfoot. I've never ever seen it before! So, discount the first comments.

This picture was taken by Brady Schickinger in a hiking group on Facebook. I'm pretty sure it's not going to key out in any normal way. Perhaps you remember when I showed you the fasciated Evening Primrose (link below). That was also growing in the wild. It looked almost nothing like the plant usually does.

This effect happens for a number of different reasons. It might be genetic, or a fungus, or an insect, or a hormone, or a bacteria, or temperature anomolies, or.... At any rate, something interferes with the normal growth at the apical meristem- the tip where growth takes place. The result usually looks like some sort of monster plant. 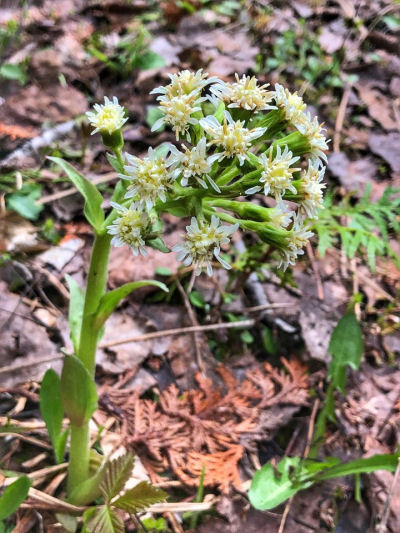 Although, sometimes, this effect is desirable. Cockscomb Celosia, a popular garden plant, is an example of this. Another example that I've featured from flower shows is the various crested succulents. Here's one, Opuntia subulata cristata 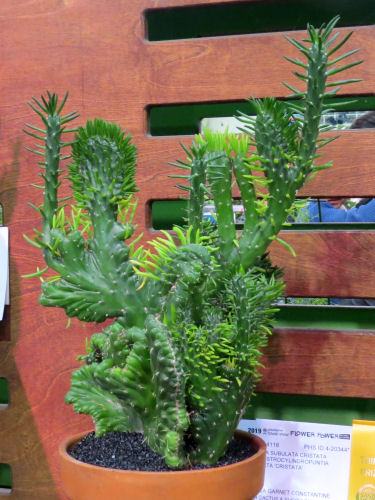 And another, this one is a Euphorbia, Euphorbia kibwezensis 'crest.' 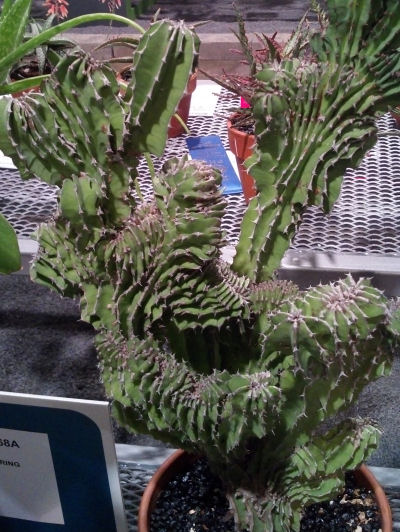 Back to the original picture. I'm really not sure what plant it is. There seem to be small four or five petaled flowers at the center of those globs, and it has alternate leaves. This makes me think it's a cress. But without an actual plant to take apart and study, I'm really just guessing.

Today was a total non-starter. I wrote 145 words, and called it a day. I have done nothing productive at all. And I don't really even care.

Posted by Sharkbytes at 9:17 PM

Those plants really are fascinating.
I have do nothing days like that far too often.

I do nothing productive most days. I'm quite good at it. You at least have provided us with some interesting botanical wonders.