Spirit of the Woods Hike- May 16


Our trail chapter had a 10-mile hike today from Hodenpyl Dam south to the Upper River Road trailhead. This is the NCT side of the NCT/Manistee River Trail Loop. It's very hilly, and some people like it less because there aren't as many views of the water as the other side but I like it for the challenge and the long vistas (the river is down in that valley). It's also less beat-up and messy than the other side. There were ten of us and an energetic Trixie. 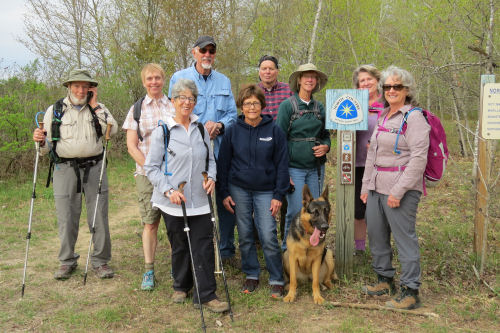 The shadbush (serviceberry) is just starting to bloom. Much later than usual. 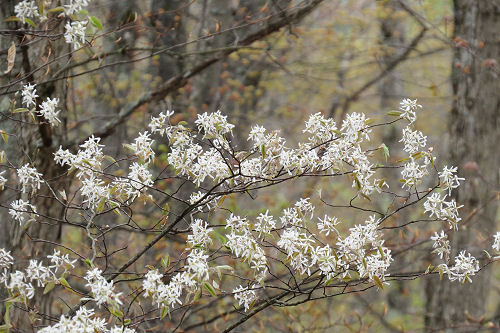 I have to call this the best wildlife event of the day. I know this doesn't have crisp focus, but it's not too shabby, and it's the first time I've seen a rufous-sided towhee near home, and the first time I've ever gotten a picture at all. I see them in New York fairly often. There were three of them. 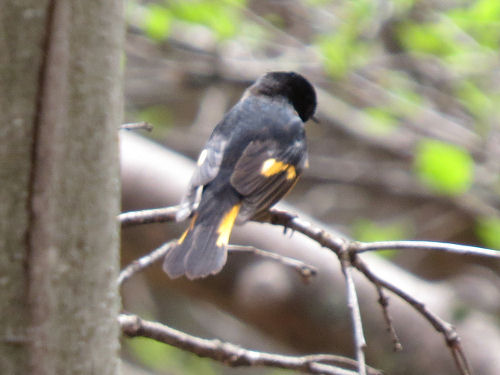 Just a nice shot of hikers looking down from Red Hill Lookout. 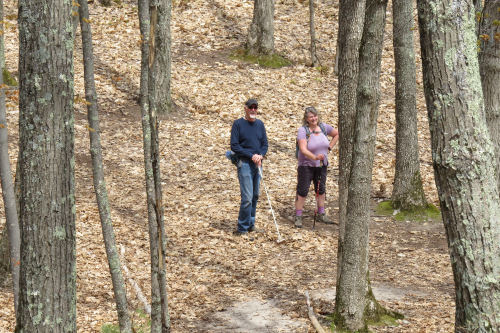 The wood betony (lousewort) is getting leaves. The texture is so interesting. Others saw some that was purple- not unusual, but sometimes shocking in its intensity. I didn't see that patch. 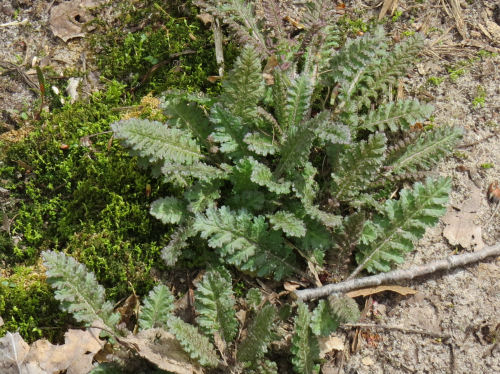 First snake of the year- a lovely little garter snake. 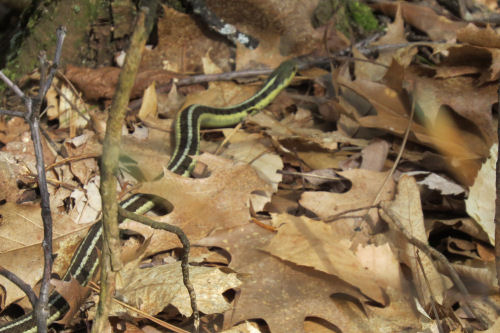 The expected rain never materialized. We all went out to eat afterwards and met... well, you'll have to wait till tomorrow for that story.

There is no other news. I left home at 8 this morning, and just got home a bit ago.

Nice turnout for the day. Glad the rain stayed away. At the rate you're going with the hike 100 challenge, you'll be able to do it twice this year :)