A young woman named Annie Nelson began at the southern end of the Manistee National Forest on Monday, with the plan to hike all the way to the western terminus of the North Country Trail in North Dakota by sometime in October. 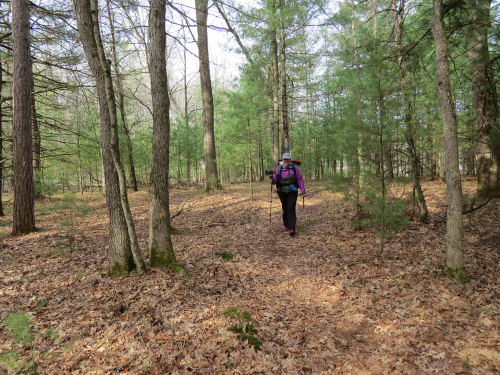 Actually, connecting with her was not quite as easy as this looks. We learned that the mileage numbers on the online and printed maps can be different, and we were using those to locate each other. But we eventually found each other. 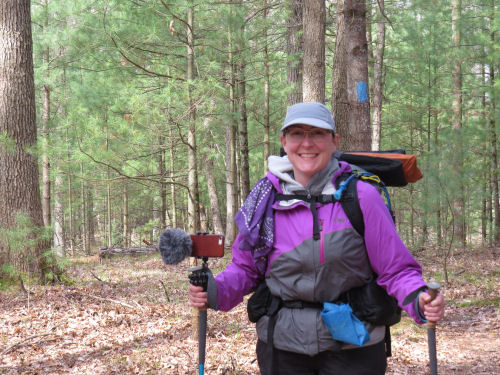 Others were on the trail too. The muskrat was out for a morning dip in Sterling Marsh. 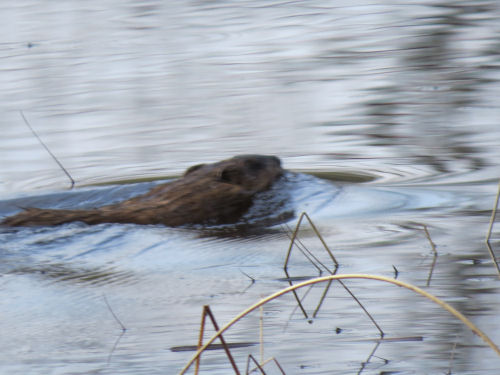 And a black squirrel was playing with two gray friends. 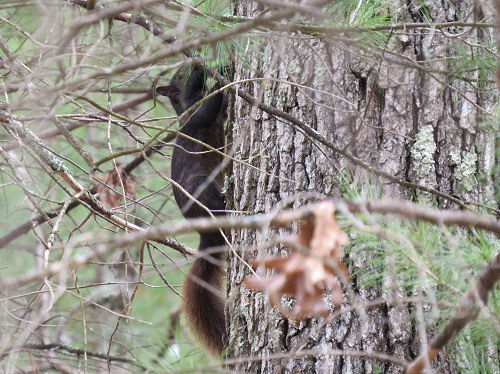 Annie's goal was to get to the Post Office in time to pick up the box she had mailed to herself for re-supply. We made it! 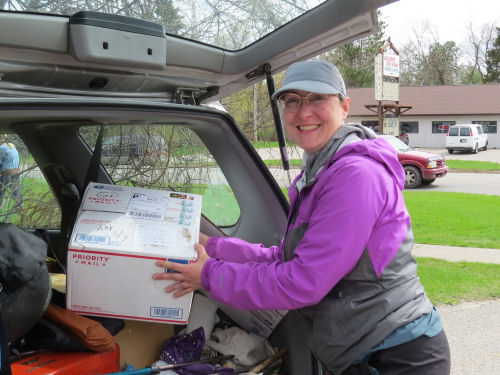 Then we put most of her gear in my car and I spotted her to slack pack a few more miles. I took the car around and then walked in to meet her.

This is one of my favorite ephemeral wetlands in that portion of the trail. 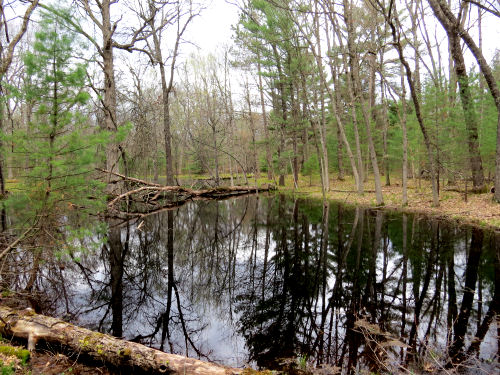 We also found a lovely trailing arbutus still in flower. 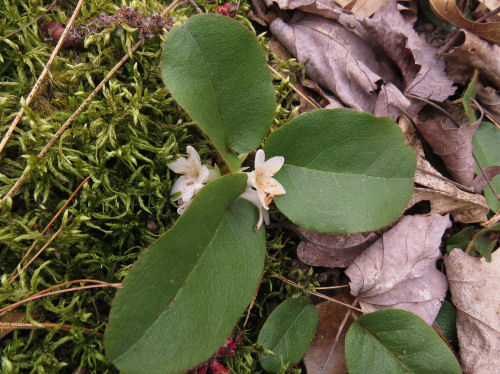 She's staying with me for the night and will take tomorrow as a rest day. She gets a chance to clean up and re-sort her gear and rest up. Then I'm going to hike with her on Monday. What fun!

There is no other news- this consumed the entire day. And, with all the walking I did to find her, and then walking out to meet her, I walked 13 miles today. Wow. Wish I had worn the socks that would have been the right choice for that, but no blisters.

Check out Annie's blog at Halfway Thru Blog

North Country Trail, Lake County. South from Jenks road and back twice, and south and back from Bowman Lake

Posted by Sharkbytes at 9:14 PM

I am just awed at support this fine association gives eachother. I just joined the NCTA just before this year's Celebration.it has inspired me. This blog was very inspiring. Thank You for putting the effort into making this😊

How nice that you were able to help her out and be a part of her journey.