Summer Morning at the Park

Another boiling hot day here. The best thing I accomplished was meeting the Scottville City Manager at Scottville Riverside Park to talk about trail restoration and to look at one section together.

It was already standing-still-sweating hot at 9:30, but the river was very pretty. The new City Manager is a hometown boy who has come back to the area. He's excited about the park, and although he's being pulled in a hundred directions at once, he's planned an initial work day already. We had a good walk and talk. 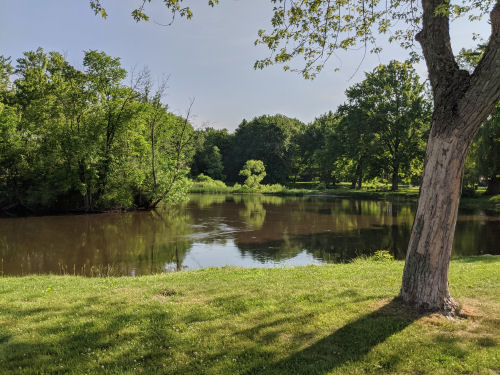 There is a wide stretch of wetland in back of the beginning part of the trail. Naturally, it's wetter in the early part of the season. Lots of beautiful blue flag, Iris versicolor, there. This is a native wild iris. Good plant to have. It's not unusual, but very pretty. Bad news is there is a ton of poison ivy. 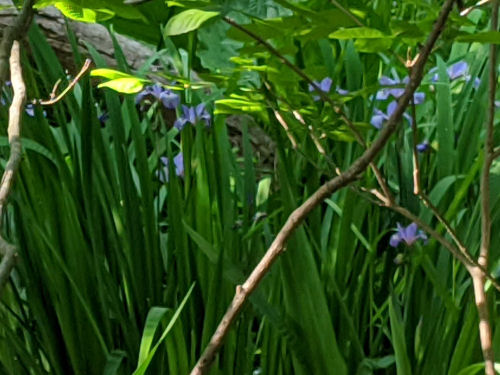 Got a couple of poor pictures of another new dragonfly. I think this is a Gray Petaltail. It's the only large one in my book that is so uniformly dark with no markings on the wings. They are completely clear. That said, I'm a total amateur on the dragonfly ID. 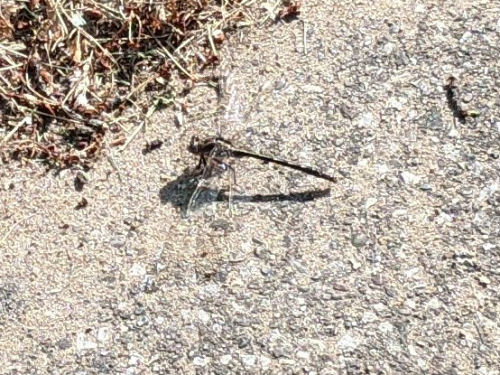 To help confirm that, look at this picture. You can't even see the wings against the asphalt! The shadow of its body looks unobstructed. 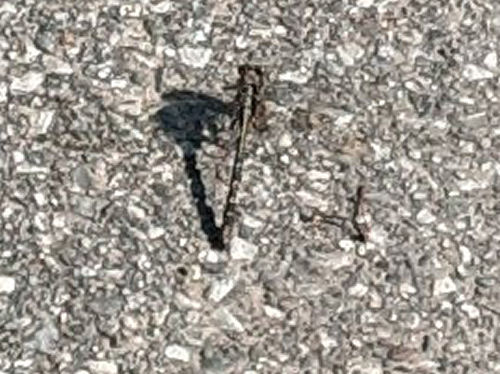 Best find of the day? A whole patch of Indian Cucumber Root which I also showed you last week. You may recall this is a high-quality plant. And... got a nice picture of the tiny flower! 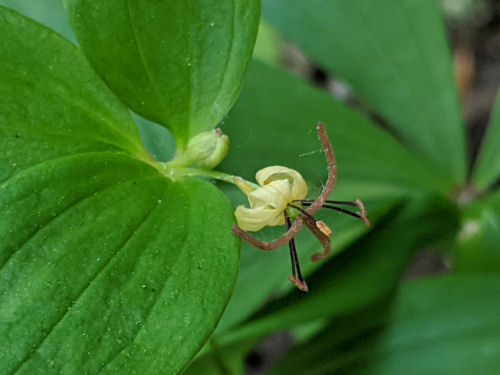 I had lots of plans, and most of them didn't happen. But I didn't just blow the day off, despite the heat. I edited. I did a couple of errands, I worked on the data book. I'm posting early in hopes that after my Zoom event this evening, I'll feel cool enough to get outside and do a couple of things. It could happen. It's certainly not happening in the middle of the 90-degree days.

Posted by Sharkbytes at 6:34 PM

Looks like a beautiful park. It would be interesting to see what some of the plans for this are.

I don't know much about dragonflies either, but we get them laying eggs in our pond. It's fun to find the nymphs in the water.

What is with the heat so soon in the year?? It's NUTS!