All day was spent doing trail stuff, but there was a variety. First, I helped spot John, who is going to hike the whole Manistee National Forest. He left his car at Croton Dam, and then I took him to Hodenpyl Dam. He got a much later start than he had hoped. First, he got caught in a traffic jam coming here. Then, I did not realize the Manistee River Bridge on M-115 is closed. Yikes. We had to go all the way back to Coates Highway to get across the river. But eventually, there he was... ready to hike. Wish him well! 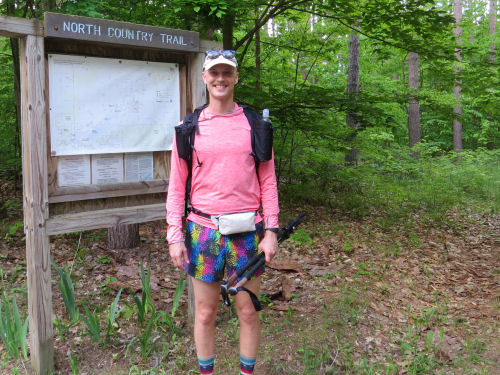 Then I spent some time on my ongoing trail signage project. There were two possible routes to where I wanted to go. Because I hadn't seen it for a while, I took the spur from the Marilla Trailhead. This used to be the main NCT. But when we got those lovely miles along Hodenpyl Dam Pond, this became just a spur to a trailhead. Nice deciduous forest. 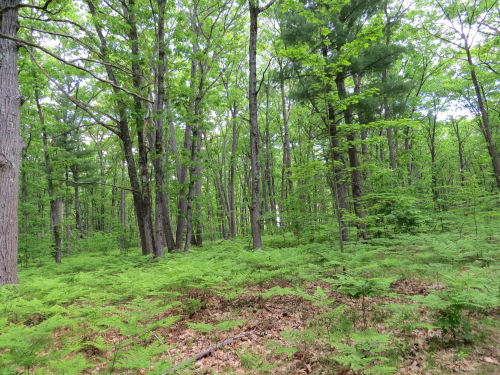 There are some really nice vistas from this piece of trail. The Manistee River is down in the bottom. 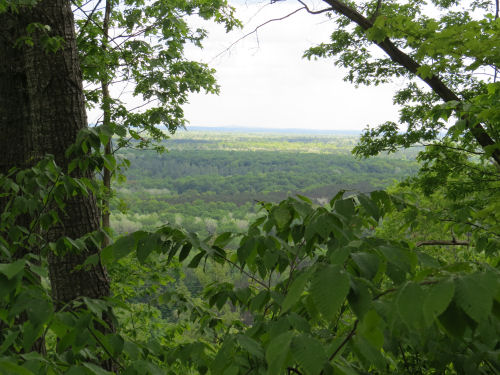 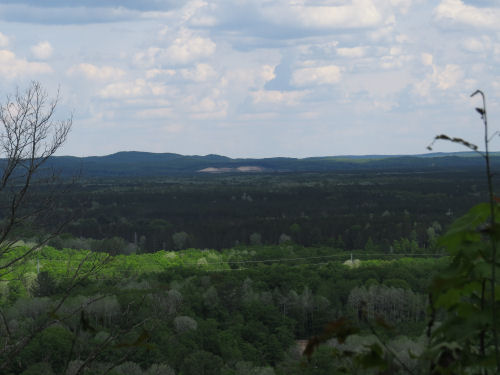 Then I went on to remove that other post. It's no longer there. At least I sure couldn't find it, and I had the GPS coordinates. Anyway, I made it to Eddington Creek, so I knew I was past the location. 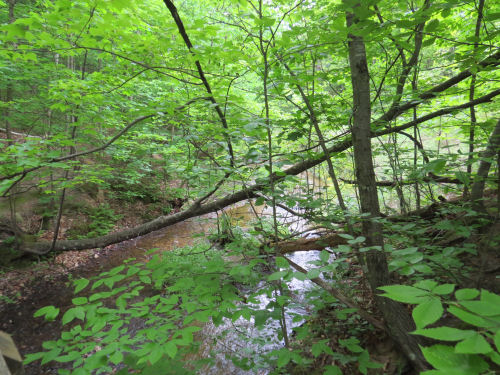 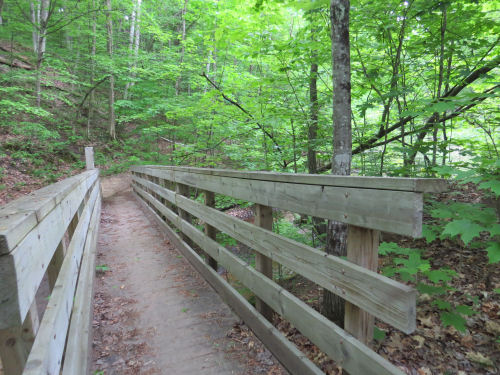 Turned around and went back. Then replaced the shot-up Carsonite post and all its stickers at Marilla Trailhead. By then it was 5:30. I decided to just come home. There's lots more to do up that way, but at least I did a little bit. Because most of what I hiked was on a spur trail, not much of my walking counts as NCT miles. But my total for the day was about 3 miles. Hardly a hike, but the day was about projects, not miles.

In other news: Believe it or not, I did manage to sneak in a load of laundry!

Best wishes to John on his hike. You had another day of accomplishing quite a lot

Ann- And I rewarded myself today!