D is for Dogs of My Life - Charlotte


Although this puts two family posts in a row (not bad, but I don't usually do it), it's been quite a while since I brought you the next canine in this series. The letter is right, and the timing is good.

Next up we have Charlotte, or to be more precise, "Hush Hush Sweet Charlotte Pork Chop M&M." She has the longest name of any of our dogs. That's for sure!

She came to us in 1972. That's a story in itself. Dear little Bonnie had only been gone for about a week. A friend of ours showed up at dinnertime one evening with a little furry bundle. Being a teenager, it didn't seem silly to him to set her down right in the middle of the table.

I was really torn. I definitely wasn't ready for another dog. But how could I resist this: 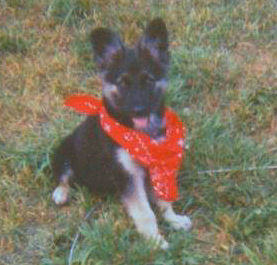 She stayed, of course. She was as good and faithful as the breed is known for. She was never too exuberant or too shy or too anything. She was just a really good dog. In those years with small boys I had much less time to bond with dogs, of course. 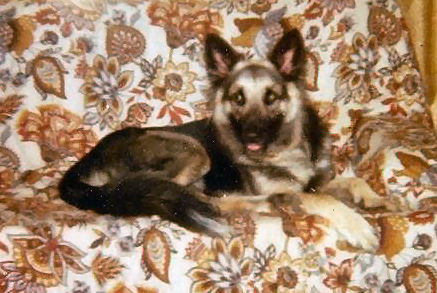 And, she is the only dog that got included in a professional family picture. Well, we only had one of those ever done. Nevertheless. Here she is, being good. 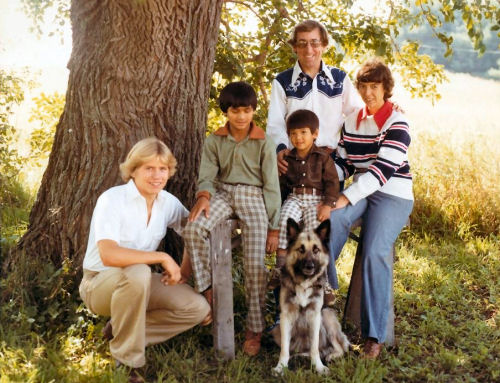 One summer, we were away and some friends were watching the dogs. The dogs got out, and Charlotte was killed in the road. Our oldest boy (on the left, the one we no longer hear from) found her and buried her under the boys' tree house.

She was a cutie. I'm so sorry about the accident.

Dogs just take over your world for the short time they are in it. We've lost our share of dogs over the years, and you really never stop missing them.

She was lovely!! What a pretty dog.

I'm never sure how long the grieving process is for an animal--I'm always quick to run to the shelter after losing a cat friend. I'm gonna cry anyway, so why not do it by saving another life. I think having a new little friend helps you laugh in between the sadness. I'm glad you kept her.

It's never easy when they die--no matter how it happens. That's the bad part of loving.

Losing a pet is just like losing a close friend or member of the family. The grieving is the same. What a lovely name you gave her and such memories.
Thank you for your wonderful James Bond and Nancy Drew dialogue!!! The best :-)

Dogs are wonderful...it is amazing how much they become a family member and part of our lives. Glad you shared!

Thanks for your visit to the Write Game. I can't imagine getting around to all of these bloggers, but I am trying to visit as many as possible. It's great to see how many different people have signed on for this event.

She's a cutie. It sounds like she was a good dog. I miss having one myself.

Dogs are happy little spirits. They steal their way into your heart and you remember them even when they're gone.

Thanks for commenting on my blog, and good luck with getting through all the participants!!

Sorry about the loss of a lovely dog. I loved your post, and Iloved the 70s clothes. So many memories.

Hi, I loved your story (and the 70s clothes) it reminds me when my parents split and we had to get rid of a shepherd that had been born in our house so we could move to a non-pet apartment with mom, heartbreaking.

What beautiful pictures. Such a sad ending to the story. I'm so sorry.

She was beautiful. I lost my last dog in a tragic accident. Heart breaking.

Charlotte was absolutely precious. I'm sorry you lost her too soon, and also sorry that you're not close with your oldest son right now; perhaps that will change. Thanks for visiting my blog.

Was that a German Sheperd or a Police Dog? Sorry, I only knew a few dog breed. lol

Thank you for the post. You were able to share so much through the memory of Charlotte.