I Love a Piano


Going back to the weekend in Indiana. So much great stuff happened that I still want to share. The play we went to was a musical review of Irving Berlin songs, called I Love a Piano. It's been said that Irving Berlin does not have a place in American music, he IS American Music.

The show featured 56 of his songs... not just excerpts either. Here's how the stage looked. 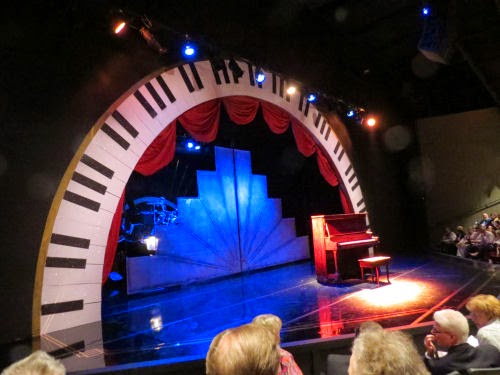 The orchestra was located behind the scrim Art Deco piece. 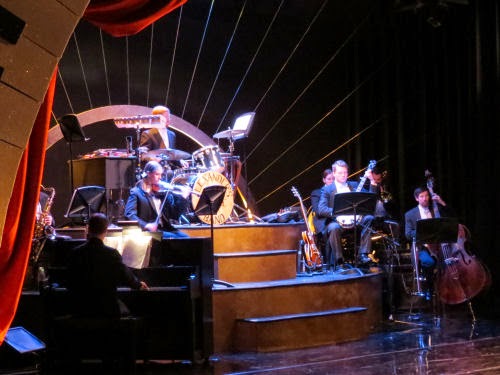 The scenes were divided by decade, beginning with the 1910s. The kids in the cast pretty much non-stop danced and sang for over two hours. How about a little Charlston? My mother always said she could dance it, but she never offered to show me! 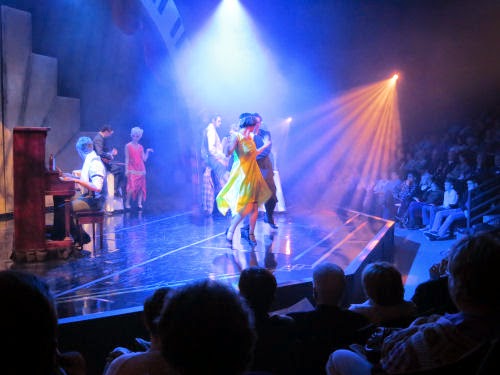 I don't remember exactly which song this went with, but it was set in the 1930s in Manhattan during the height of the Depression. 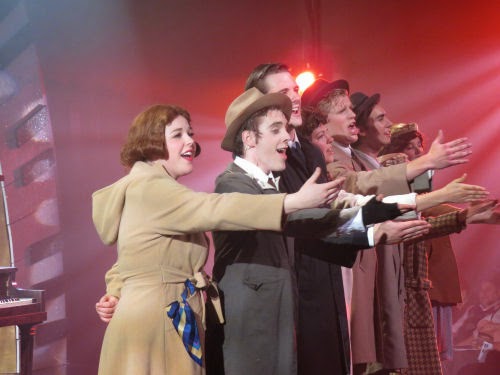 And of course, there were plenty of heart-tuggers associated with WWII 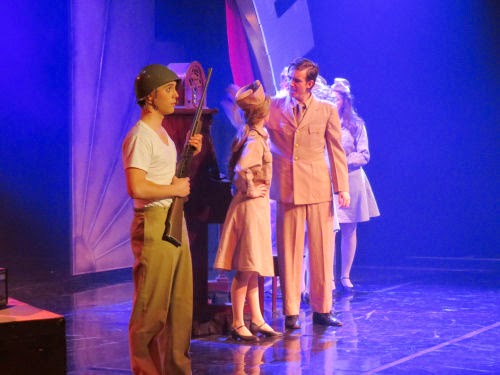 One of Berlin's late works was Annie Get Your Gun, which is one of my favorites. They did several songs from it. Here Frank and Annie sing "An Old Fashioned Wedding." 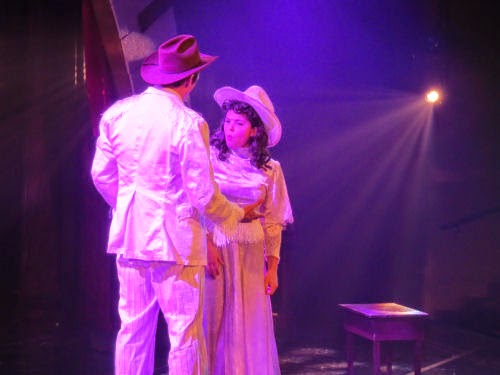 And, of COURSE, "There's No Business Like Show Business." 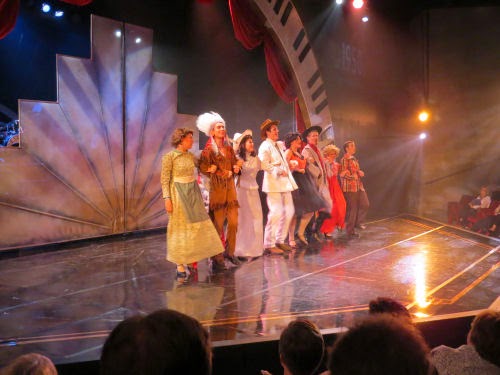 The finale was appropriately, "I Love a Piano." 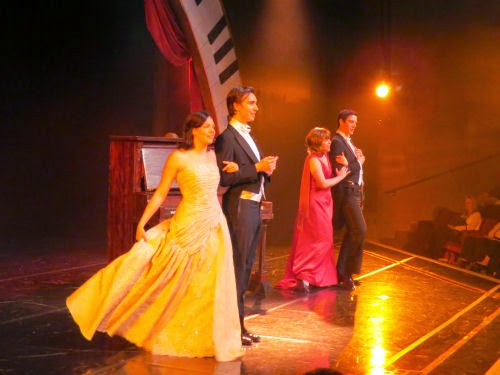 The kids did quite a good job! And I'm pretty sure that although many people my age know the words to many of those songs, I suspect the students had to learn most of them cold. Great performance!

The oldies are the best! It's fun that the kids were introduced to those classics. They will stick with them forever.