Step Around and Check a Different Angle


Out doing cases today. Went to Natahki Drive on Big Bass Lake. Actually, the lake's name was officially changed to Lake Natahki in 1907, but somehow that didn't stick. It is the name of an Indian girl who married James Willard Schultz, a popular explorer and author at the turn of the 20th Century. Here, the name survives only on this one road and a variant, Na-tah-ka, a very popular local bar, which is also on Big Bass Lake.

Anyway... I snapped a picture looking down the lake, even though it wasn't a day for attractive water pictures. 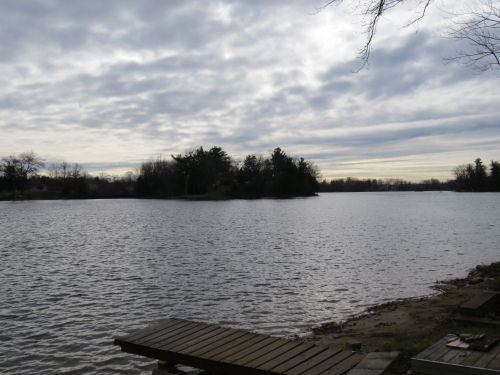 The next stop I had to make was around on the other side of the same lake, on Bluegill Drive. The timestamps on the pictures show that these were taken 22 minutes apart. I thought it was two sides of the same island, but looking at the map, I see that it is not. However, it's the same lake taken from another angle. What a difference! 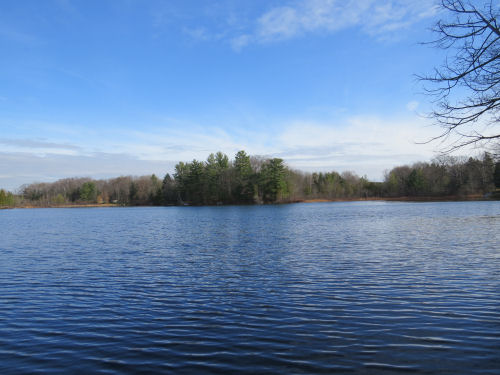 Maybe if life is looking glum, we just need a different angle?

Right now, it's raining pretty hard. But I'm inside and warm and doing reports. All is well.

The clouds blew away and the sun came out!

an amazing difference in the two pictures. You've also given us a message that I really needed to hear. I'll try and look at things from a different angle today

It does matter which way you look at it.

Good point; and a nice illustration of the point.

The water may not be as cheerful-looking in the first picture, but the sky is pretty amazing - I love the texture of the light and clouds.