I'd like to say this is absolutely finished. But there are just a couple of tweaks yet. But... the shelf is installed, and it's level enough that the heater doesn't shut itself off. Just in case you care, this was a royal pain in the patootie to mount. But I did it. 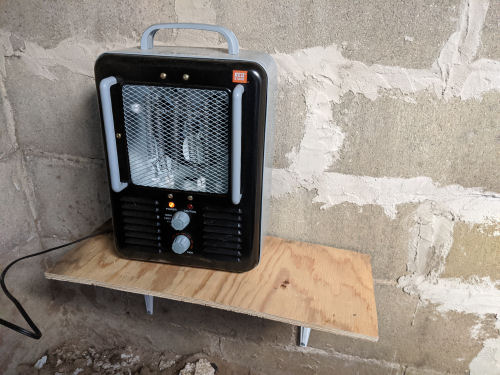 I do have to keep going down in the pit for the next few days and playing with the thermostat control until I can get it low enough that it will keep the temperature just above freezing and not higher. If it's higher it runs up the electric bill like crazy.

And in an ideal world, I'll figure a way to secure it to the shelf. When the train goes by, the ground shakes enough that I think it could walk itself off the shelf after a month or so.

I think I'll just remind you where this started in September. A Dirt-y Beginning 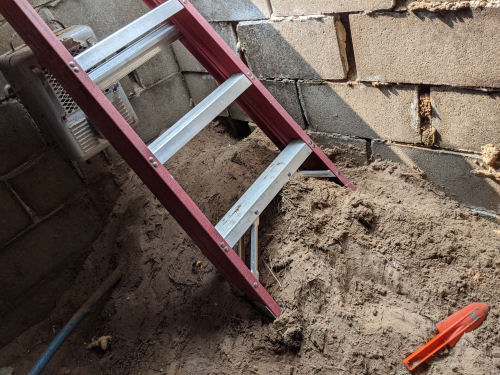 And the intermediate state of done-ness, when I got the top built. Exterior Completed 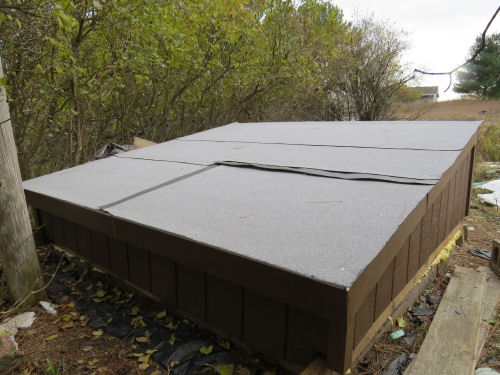 So, I'm feeling somewhat self-satisfied. But it won't last long. There are several other small tasks in line before winter really sets in. And there is always something that needs fixing!

In other news: I finished Chapter 15 in Dead Mule Swamp Singer, and worked on my editing jobs. And got some groceries. And worked on that "other" project. Will reveal that soon.

Posted by Sharkbytes at 7:07 PM

Perhaps suspend the heater from the ceiling with chains.

Job well done. I was wondering if you left this on all the time. My first thought was how expensive that could be. With a thermostat in it though that would keep it from running continually.

Well done, you! You always impress me, Shark.

I have a thermostat plug for the pond that only goes on when it is freezing. I'm sure you have that all figured out though.

Thanks everyone! It feels great to have this done.