A Piece of the Next Level


A writing friend posted a meme on Facebook a few days ago that says "Every next level of your life will demand a new version of you."

That sort of spoke to me since I've been somewhat in transition to what I'm defining as level/version five, and I don't know exactly what it looks like yet. But, oddly, saying goodbye to a small mundane piece of level four was more emotional than I expected. You will chuckle at me. Go ahead. I had no idea myself that it would feel so sad until I tossed the item in the trash. So I hauled it out to take a picture and document this passing. 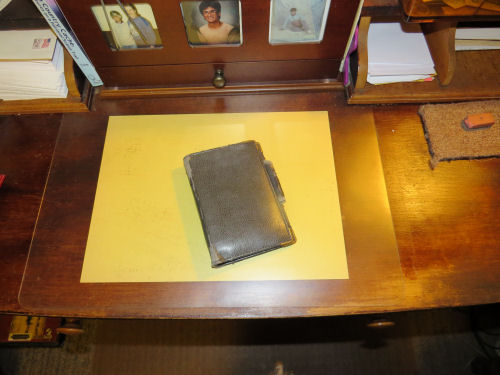 Yup, it's just a small notebook. But I kept all my calendars, personal records, to-do lists-- all that stuff-- in there through level four which included grad school and being totally self-employed.

I've tried to use electronic calendars. It's not that I'm a technophobe (not at all, you know), it's just that my life and the way I work doesn't fit into ordinary calendars. I'm a project person. I've devised a personalized project planner over the years, and it doesn't work like a calendar.

Anyway, I did find one on-line calendar that was working pretty well for me, but every time my browser updated it would dump all the data, and I'd have to go recover it. At first this was just annoying. Then I missed an important meeting, and also A SPEAKING ENGAGEMENT because of that fatal flaw.

That did it... back to paper for at least that part of my life. But the little gray notebook, which I love, has reached the end of its life. It's only fake leather and the finish flakes off on my hands whenever I pick it up (feels nasty). The binder rings still work, but the spine is broken.

I started looking for a replacement months ago, but the company I got it from only makes one style and color now, neither of which I like. A few days ago I decided to see what I could find on eBay. Score! It had to fit all the blank notepages I already have (and I have the hole punch to make any kind I want). It had to have some pockets in the cover. It had to be at least fake leather, because the cheap vinyl covers just don't last and they don't hold as many pages. It had to not be black (ick). OK, it's red, which is pretty low on my list, but it's not bright red; I'm thinking of it as cordovan. Humor me. It's used, but in great shape and even with shipping was under $20. Lots less than the new one I didn't like. Also fake leather, but it looks and feels pretty nice. 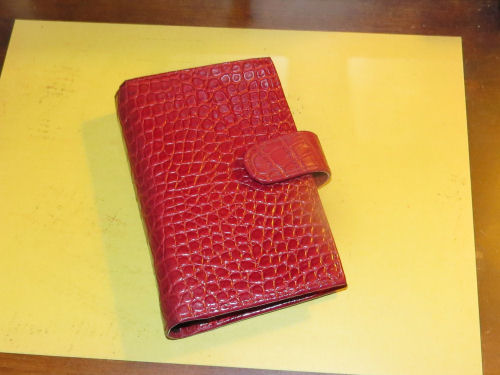 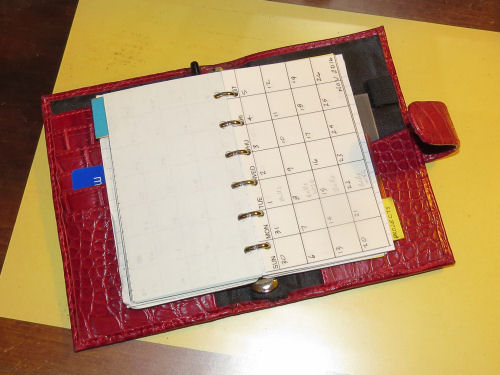 Both notebooks photographed on my newly cleaned-off desk- part of the big sorting project I've been doing this week.

Now if I could just get all the rest of level/version five to come into focus...

You've given us a lot to ponder. That is a most interesting meme.

I also bought a new organiser this year, the old one I keep my spare paper in, I still can't bring myself to part with it. :)