Day two. Which always feels worse than the first day. I was weary and footsore, but nothing that a little rest didn't cure.

This morning I walked right past our campground and Ester and Jade came out and walked with me a little ways.

First, I have to tell you a story from yesterday that I forgot to put in the blog last night. It was near the end of the day's miles. In fact I had less than a mile to go, but the corner where Ester was meeting me was down in a dip so I couldn't see her. What I could see was red and blue flashing lights. I was thinking things like, "What if Ester is in trouble; what if somebody came out of the cross street and hit her?" But the police car was speeding past her. In my direction. She was thinking things like "What if Joan got hit by a car?" So she drove on to see that I was all right. The police car continued on, followed shortly by an ambulance, so someone else had a rough day, but not us. 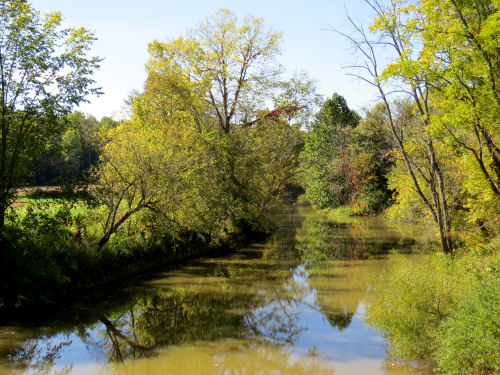 I'm liking that the mornings are chilly. The day turned out to be my favorite kind where the air is cool, but the sun is warm. Stayed in the high 60s, hit 70 once in the sunshine.

A lot of what I walked looked like this. Some was dead flat, but there were enough gentle ups and downs that it wasn't quite so hard on the legs. (Pounding them on the flat hour after hour feels awful.) 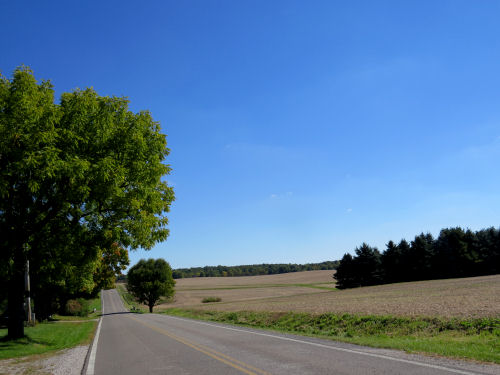 How about a natural Ohio Bonsai? 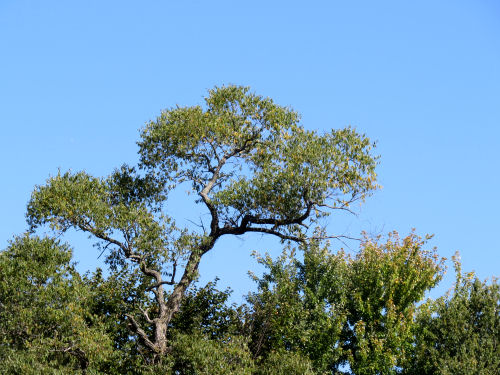 I passed by another really old cemetery and found this marker from 1838. L.A. Dunks. Can't quite read his age, but it is two digits and begins with 1, so he was only a teenager. 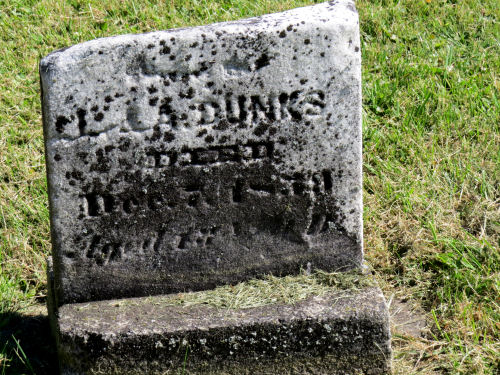 The featured house of the day is in great shape. Built in 1869. 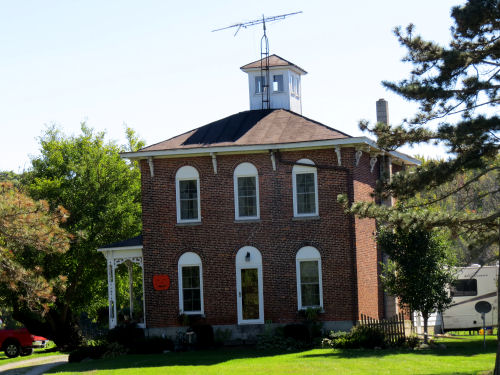 Tomorrow I have almost 15 miles to do again, so hopefully day three will be better. Sometimes it is, sometimes not. But we'll try to get out a little earlier. I really goofed off this morning. Still finished in good time, but I'll probably move faster in the cold air!

Posted by Sharkbytes at 7:28 PM

I'm glad I'm not the only one who's thoughts run wild when they see an ambulance or police car with lights racing in a particular direction.
That house in the last picture reminds me of one I drive by all the time. A lot of the houses in that area were built in the 1800's

These are, in my opinion, the best days of the year. They make me feel glad to be alive and enjoying them.