The weather is supposed to be great for the next couple of days. I thought about making another backpacking trip, but decided that the 14 hours of darkness in the tent is not all that much fun alone. And I didn't really have time to get three days of food prepared.

But day hikes work great- they just require more driving. And hiking both directions unless someone spots you. But for the Hike 100 Challenge the miles on the North Country Trail do not have to be different, so both directions count.

Today I did a section that I may have seen less often than some others. Or maybe not. I've hiked all of our chapter's miles multiple times.

These are just some of the good pictures from today. My favorite thing about this section of trail is the small lake known as McCarthy Lake. It's a beautiful gem tucked into the middle of nowhere. It can be reached by car, and those who know how to do that (unmarked two-track roads) fill the campsites each summer weekend. This afternoon there was only one man there, fishing. 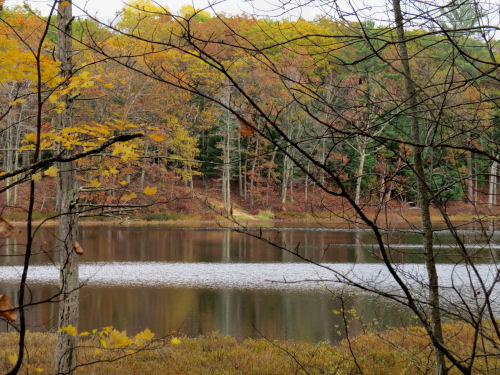 Lots of people have been posting fungus and mushroom photos. With good reason- this has been a great year for them. Most are now past prime or have disappeared completely. But this polypore will march along dead logs all winter. I liked the leaf decoration. 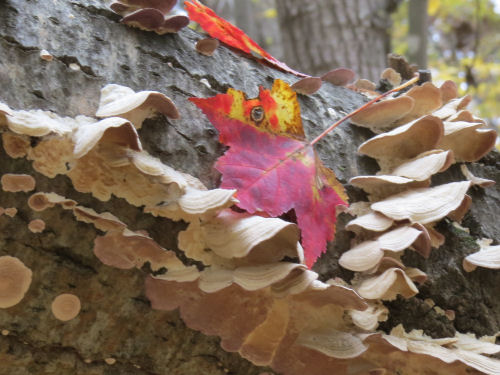 I almost didn't see this little black fungus hiding in the leaves. I don't think it's a Chanterelle. It might be a tooth jelly. I've not seen them in black, but that doesn't mean anything. It could have been a different color when it was new. The shape is right, so I'll stick with my guess. I've seen these in some pretty amazing colors. 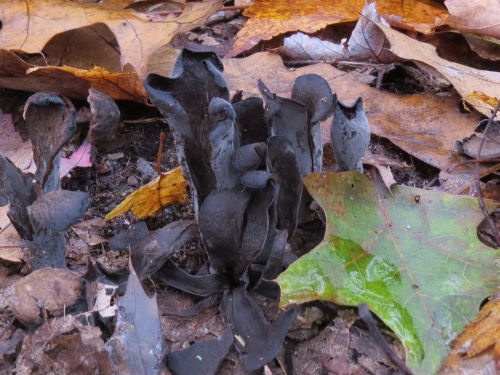 This was kind of fun. A Hawthorne (Thornapple) had dropped its load of tiny apples right in the trail. I sampled one. Sure enough they are really sour (as I had been told). One could eat them if very hungry. Historically, they were used for pies and jellies, and even medicine. If combined with some sweeter fruit they are fine. 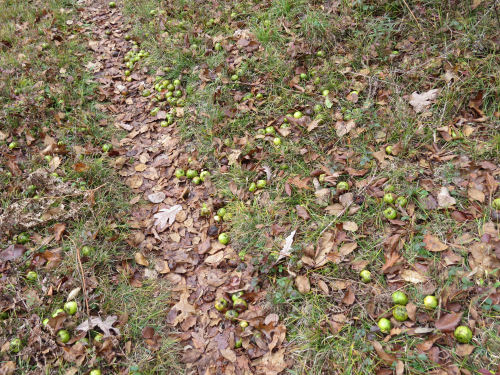 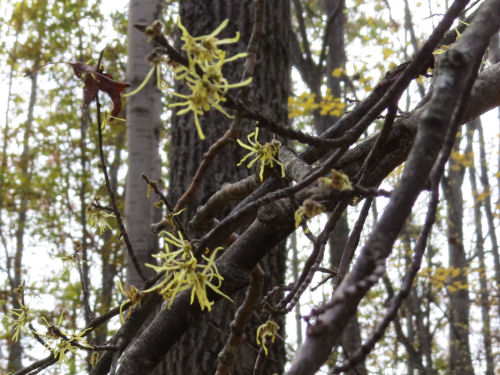 And, as I entered the flood plain for the Big Sable River, the fall colors presented nice contrasts. The yellow tamarack against the pines with a maple in the foreground. 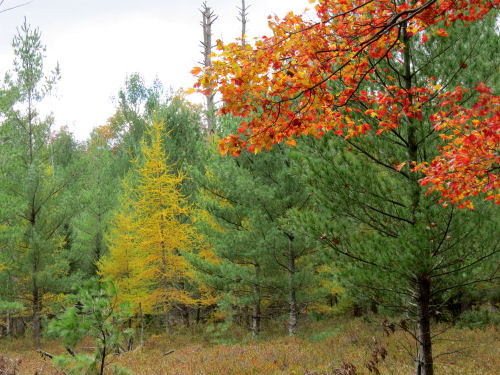 And this was my goal- my turnaround point- the NEW Vince Smith Bridge over the Big Sable River. This was a recent huge work project of the Forest Service and the local NCTA chapter. Unfortunately, I was working or sleeping every day they had volunteers helping, so I didn't do a darned thing. But today I got to see it. The Forest Service wanted a clear span bridge, with no footings in the river, so that's why it's so big. 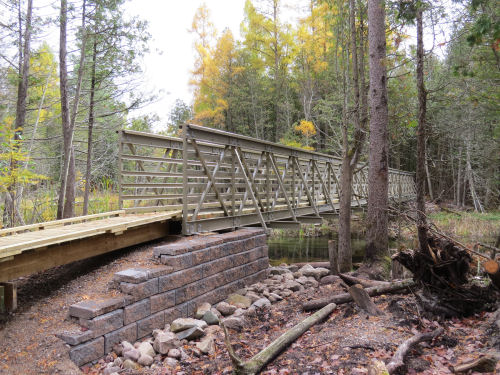 Nice hike report. And a very impressive bridge! I'm down to 3 longer walks and 6 short bits to walk in order to finish the trail here in the valley.

Nice place for a hike. Love the views

I enjoy your trails. Via your reports of course; my walking days are in the rear view mirror.

That all looks so inviting . . . Love those pix.