An Oddity in Stripes


This morning, the sky to the east was awesome. Not sunrise (I slept through that, and I am most happy to tell you so- no alarm clock), but about 11:00 I looked out and saw this. 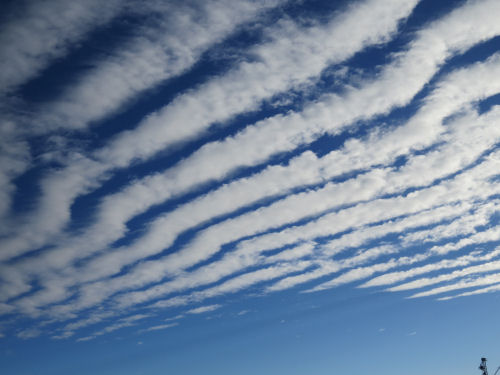 I've since learned that stripes like these are called Stratocumulus undulatus clouds. They form at low levels when there is a lot of variation in air temperatures and wind speeds. They most often are seen in the fall and early winter, and are associated with changing weather. They form pretty much the same way that ripples in the sand at the bottom of a creek or edge of a lake are created.

It's fun to know that, but mostly I think that is one gorgeous sky!

I noticed more stripes on the other side of the sun which was visible enough to be in my eyes. Went on the deck and discovered more stripes to the south. 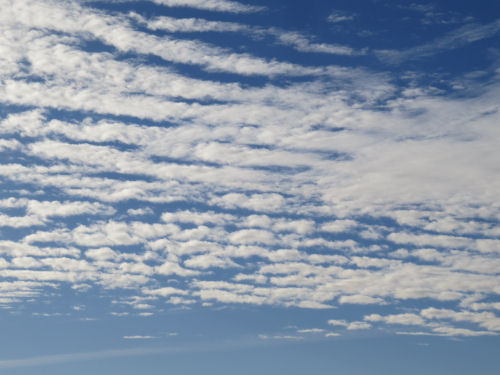 Then I was curious. I looked over to the west. More stripes. 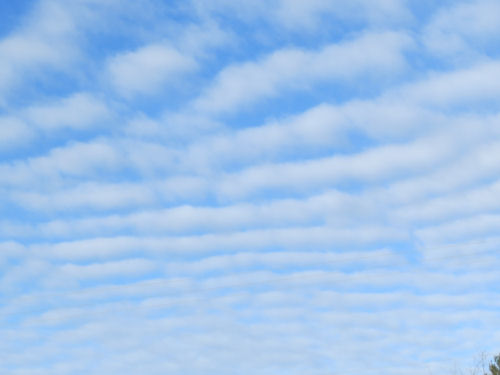 Had to check out north. Not as well defined, but definitely stripey. 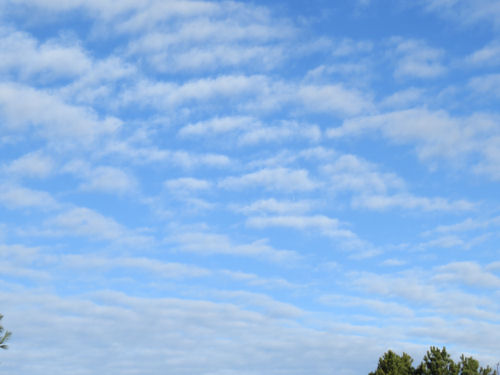 This is apparently quite unusual. When they form it's usually just in one cardinal direction. And there's my meteorology lesson for the day.

In other news, I helped Josh fill out insurance papers. I did laundry. I made a contact about cover art for the children's book series. Best of all, I have eight chapters done in Dubois Files: The Secret Cellar.

Possibly strangest of all, and very very good, is the fact that I keep thinking today was Monday and I have to go back to work tomorrow. But it's only Sunday. I get one more day to write without other major events intruding (OK, I have to go run some errands, but nothing that will take hours and hours). Wowzer!

Posted by Sharkbytes at 9:14 PM

Love those sky pictures. It's a striped delight :)
I've been all messed up on what day of the week it is. Schedules at work have been different and it's messed up my internal calendar

I don't believe I've seen those stratocumulus undulatus before. Very interesting. They do like ripples at a lake shore.