The Light at the End of the Non-Tunnel


When I was in grad school at the University of Michigan, there was a poster on a professor's door that said, "Due to the energy crisis, the light at the end of the tunnel has been turned off." Grad school is such a stressful, non-stop environment that many of us really identified with that poster!

My life is neither quite that stressful or non-stop now. Certainly not like a dark tunnel with no foreseeable end. However, there is still a bit on an analogy there with where I want to go.

And the sky even cooperated with that theme this afternoon. For several days it's been thick solid gray. Not even a hint of color or gleam of light at sunrise. Oddly enough, as I came home from work (bunny trail... 8 hours, 15 minutes on my feet, starving by end, so stopped for decadent fast food), there was one strip of pink light in the sky. But not in the west. That was still solid gray. The light was in an unexpected place- due south 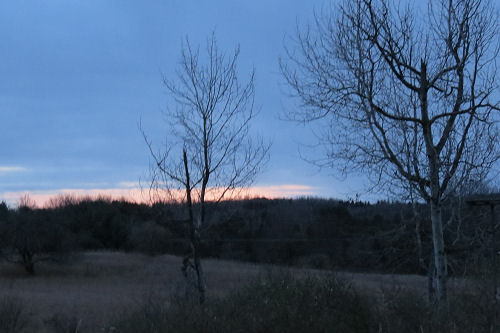 I've been thinking a lot lately about when I should quit this job. That's where the analogy fails. My job is not nearly as bad as a dark tunnel. But it definitely puts the brakes on what I would prefer to be doing.

It's a balancing act between having the freedom to write and having enough money to get by. When the job goes, I have enough saved to squeak along for a while, during which time the plan is that I will build book sales.

This morning I mailed a complete set of mysteries. In fact, this was my first sale of a paperback copy of Dead Mule Swamp Druggist which isn't even printed yet. The person paid in advance and I'll send it later. This is great! This is what I will need to have happen a LOT more. This sale was to a friend. Don't get me wrong, selling books to friends is wonderful, but if one is going to try to live off book sales, one must sell books way beyond those circles of friends and acquaintances. 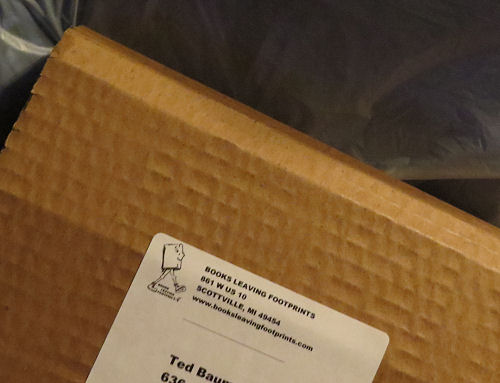 Next issue... I've learned how to do a better job of it, but I'm not a great marketer. Mostly because I don't like it very much.

Several opportunities have popped up recently that I want to be able to participate in, but the job is in the way.

When do I make the big jump? Almost have my mind made up... right now... bed and book. I get to do the job thing again tomorrow.

I remember being a 58 y/o widow who couldn't find a job - way too overqualified for anything on the local market but too far gone from my IT career to step back into it. I wanted to travel but without a job, I couldn't afford it. With a job I could afford it, but had no time to travel.

I was fortunate to be a widow and qualify for social security at age 60. That was when I made the leap. My biggest fear was medical care, I only had COBRA for three years. I went without for almost 2 years and paid cash. Eeep!!

No easy answers...PM me on FB if you'd like to be added to a group of writers who RV. There are a couple of ladies there who might have some advice for you.

Working for someone else does tend to put a damper on things. By selling the set to a friend that friend will tell a friend and the chain begins. Word of mouth can be a useful tool

You have a very difficult decision to make. Nevertheless, you will make the right decision when the time is right.