I did something tonight that I would never do of my own free will (because it's all about crowds and noise), except that I had a purpose. Needed to scope out the Friday Night Live event in Ludington as a possible future venue of the book event that we had last weekend.

The entire downtown of Ludington is closed to traffic and there is family-friendly stuff all over. Here's some of what I captured. The Flipstar Gymnastics Club was doing a demonstration. I caught one girl in mid-flip. 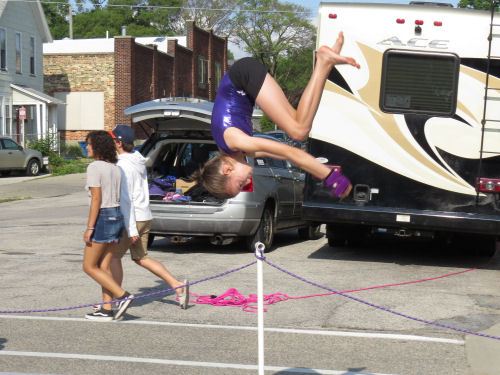 I'm adding one more picture because I want to show you that all the girls, big to small, lined up and each did what they could in a run whether it was the standard two flip-flops and a roundoff or back flip, or just a roundoff or maybe one flop-flop. Most of the girls who ended with the roundoff were then spotted by the coach to add on a back flip. 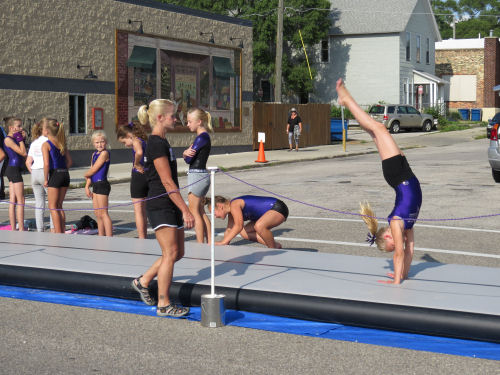 The West Michigan Old Engine Club had a whole line up of antique tractors.

And an antique fire engine which kids could climb on. 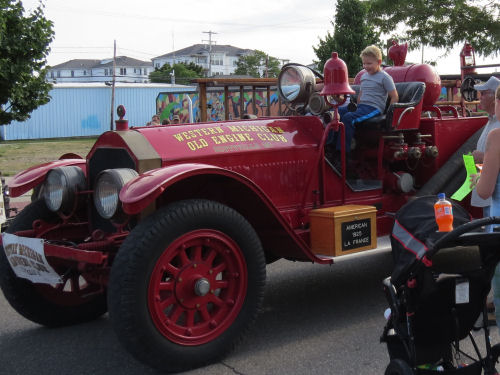 I got there just after 6 pm, when it had barely opened, and it runs till dark. There was already a sign that said all the pony ride tickets for the entire evening were already sold out! 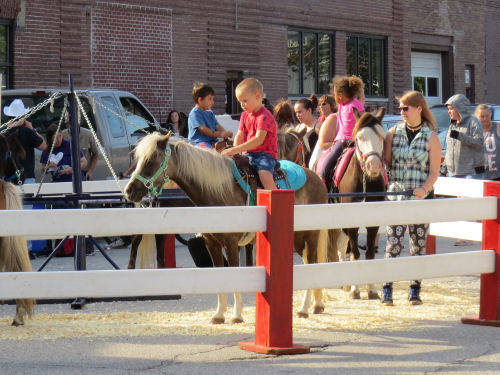 There are portable stages with live music at the deadends of each closed off street. This band was at the end of the main drag. They were playing zydeco. Of course, when I heard the accordion I was just pulled down to see the player. His keyboarding was very good, but that's what he is, a keyboarder, not an accordionist. He never played any of the left hand buttons, and that thumb on the frame of the keyboard is a no-no. Nevertheless, very enjoyable because he was good and also a good singer. 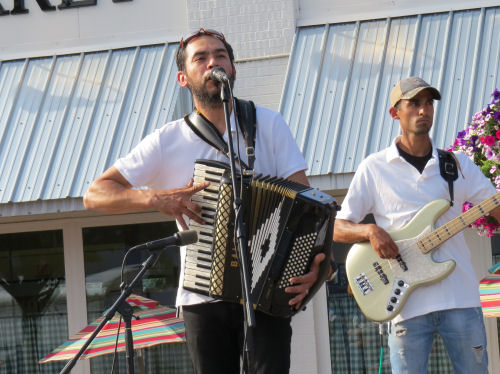 In other news: I worked half the day out at Shagway. Made a little progress on my computer restoration. Realized another batch of files I've lost. Found out some more things to try to get my phone reading its card again. Sometimes technology is the pits.

I don't care much for crowds either but stuff like this can be fun. So any decisions on whether this will be a future venue for the book event?