Most of the gardens on the 2018 Mason County Garden Tour made good use of hosta. They are great in shade and fill in the space fast. Tons of sizes and color variations. (And they make a nice salad bar for the deer some years.)

This was a large area near that red barn. Part sun, part shade. Most hosta will tolerate that as well as deep shade. Here we have hosta and hosta. Blue-greens, yellow-greens, edged leaves. 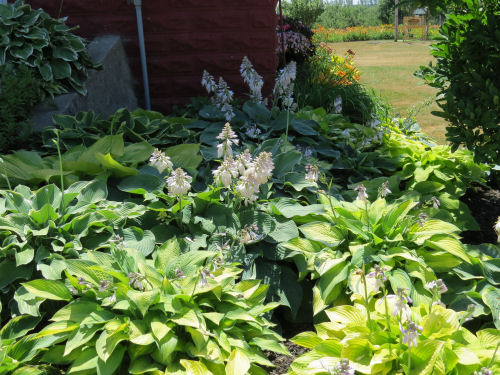 At the next stop, a tree had been ringed with a smaller striped hosta and lots of varieties of coleus. 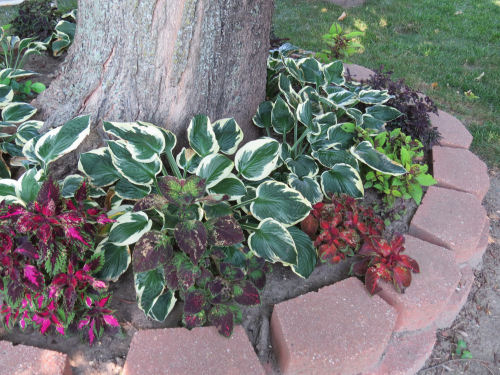 I liked this one because it has large hosta and small hosta. I'm not sure how well this will work in the long run because the small varieties may get hidden. But they are quite tolerant of being dug up and moved, so for right now this is fine. 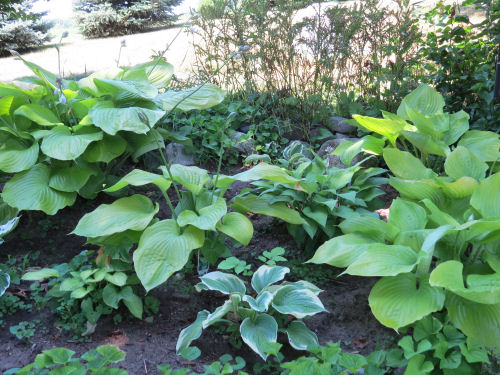 There are WAY too many cultivated varieties of hosta for me to start guessing names without tags, but I like how wide the white stripe on the edges of this one is (and it might be 'Patriot.') It sure makes a nice edging. 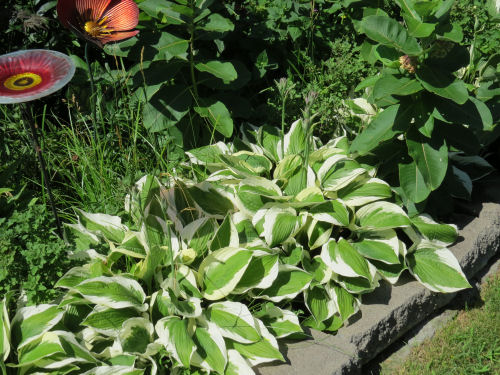 This garden has the same idea I do- hosta and heuchera. But I would like to contrast them. Here they are a tonal match. Either way, they both do well in shade. 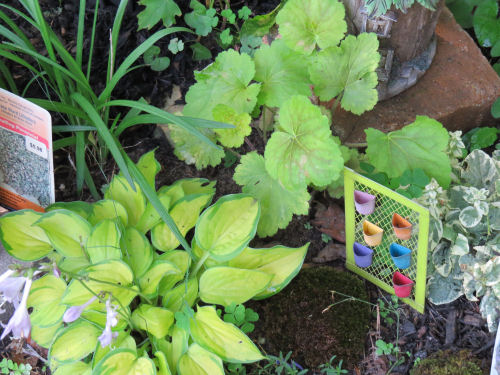 Finally, this is just a really nice display of hosta and hosta. I think I'm counting eight different varieties in this bed. Nicely planted to complement each other and show off the colors. 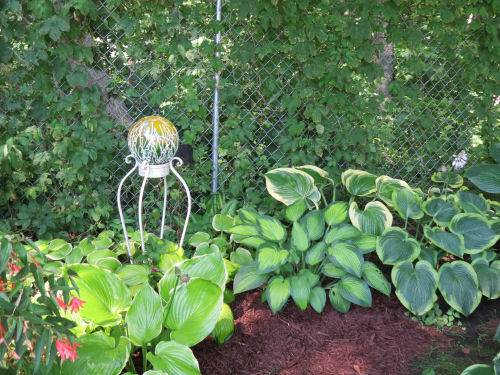 In other news: I got to do a really fun thing today, but pictures were not allowed. I'll tell you about it one of these days. Other than that, I worked on the Writers' Rendezvous all day.

Did your garden tour. The day lilies and the hosta are my picks. We have about five varieties of each.