Today was a long, long day, especially for this not-so-much-a-people person, but it was all good. I was with the Michigan Authors at the Lakeshore Art Fair in Muskegon. It cost more than I'm usually willing to pay for events, but they put thousands of people through the event which literally takes over downtown Muskegon for two days. We had two tents. I've already made back my investment, so tomorrow is all profit! 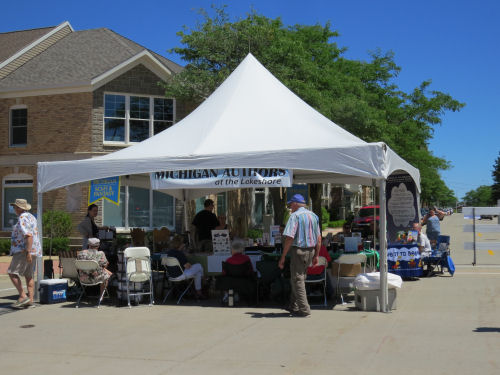 The mystery writers shared a table, which I think worked well for us. 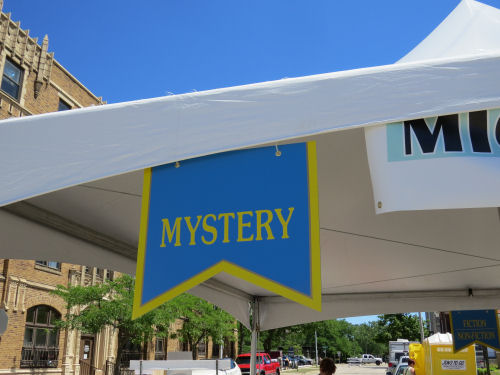 Of course writers love and need fans. This lady, Diana, came through buying enough books to fill a bag. 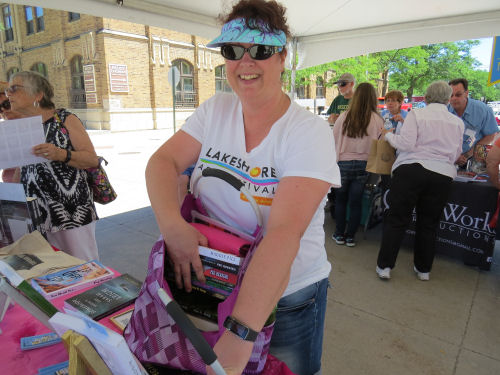 Then she came back past me again, to show me she had now filled a wagon! 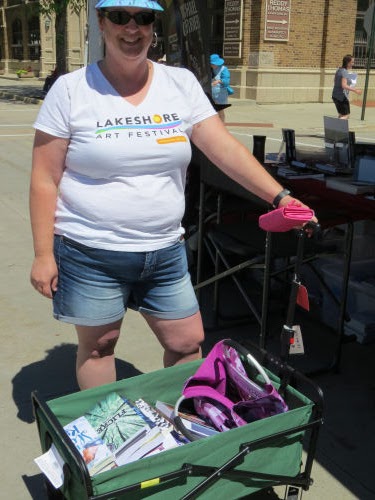 My first sale of the day was a surprising one- trail friends stopped by and bought a replacement copy of North Country Cache because they had loaned theirs out and it hadn't returned. No, they didn't know I was going to be there, they just stumbled on me!

But, I have to tell you the very best story of the day. A little boy stopped by and picked up Secret Cellar. He was with his grandparents. Well, he would not put it down. He said he was going to read it. His grandmother said he is an advanced reader (he's just finished kindergarten), but she wanted him to read a couple of sentences to see if he really could do it. He didn't want to let go of the book long enough to read to her, and he was quite put out that she wanted him to read out loud. Anyway, he finally did read (quite easily) a couple of sentences. Then he held on to that book really tight while he had to run ask his grandfather for the money. Grandma finally talked him into letting go of the book long enough to let me sign it. I'm not immune to fans like that! Made my day.

There is no other news: We had to be set up by nine and remain open till 8 pm. More tomorrow. See you then!

Sounds like a good day and I love the story about the little boy. I can picture him holding on to that book

That little guy had to be the highlight of the day.