My visit to Dow Gardens a couple of weeks ago was not only about plants. Often, botanical gardens incorporate sculpture or other types of art to enhance the experience.

Marshall Fredericks (1908-1998) is one of the best known and beloved sculptors in Michigan. Among his most famous works are the Spirit of Detroit, and the giant crucifix at Indian River.

At Dow Gardens, just outside a back door of the auditorium is a series of seven rather strange statues. By taking a reflection picture, I managed to get six of them, with myself, to show the approximate size and grouping. 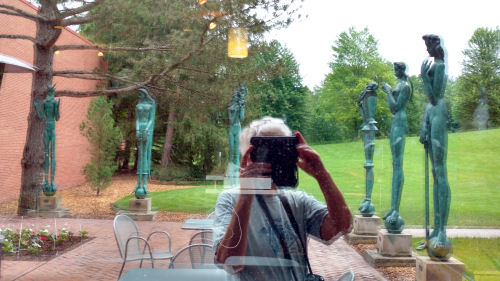 Now, you may ask, as I did, what are they? As best I can decipher, they are copies of the original pieces, by Fredericks, which are installed at a fountain at Oakland University. Collectively they are called Saints and Sinners.

Because of the elongated shapes, I've done some photoshopping to make the pictures a better size to view on a blog.

These three are "Mother and Child," "Angel of the Lord," and "Evil Influence." 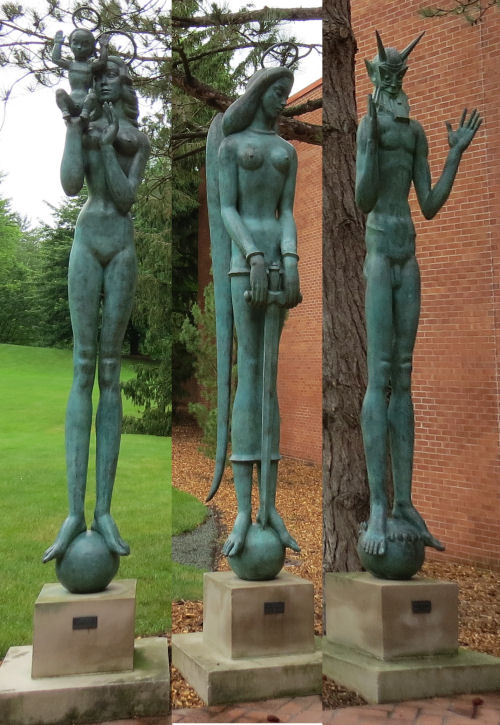 These are "Warrior Saint," and "Temptation." 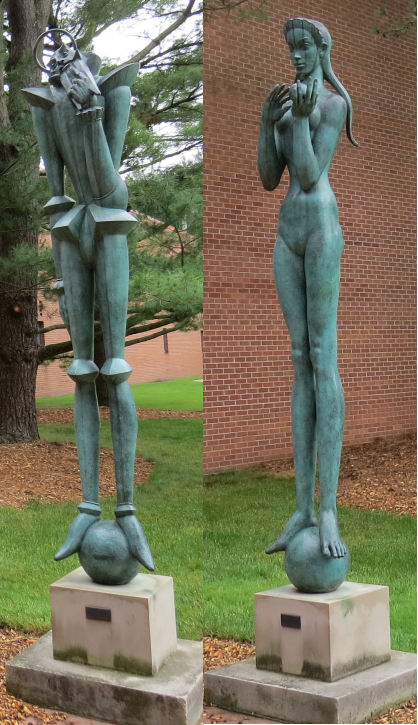 Then we have "Knowledge of Good and Evil," and "Saint of the Church." 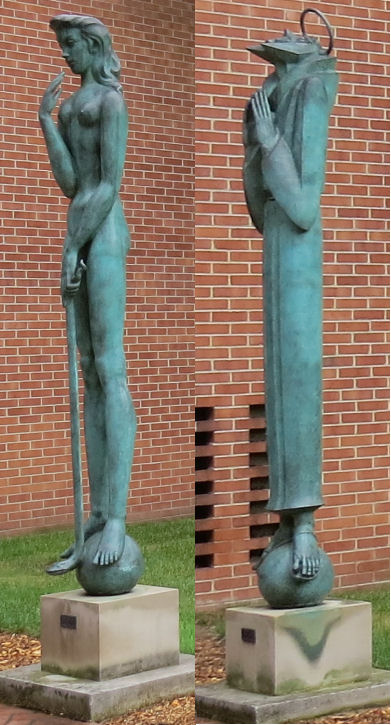 What do you think of these? One of the things I like most about art is when it really makes me think. This set of figures has certainly done that! Of course, someone told me that the set was entitled "The Seven Temptations." So, until I discovered the correct name today, I was definitely contemplating ways in which some of these were temptations!

In other news: I got The Bigg Boss edited once all the way through with suggestions from three readers. I started one of the illustrations. I made yogurt. I trimmed brush away from my trail and gathered enough mulberries for another batch of juice.

P.S. The annual boom and startle celebrations have begun. Someone is shooting off some big things nearby.

These sculptures are quite fascinating.

Ann- I certainly think so! And not like a lot of his other things.