Lakeshore Art Fair- In the Book


Today was the second day of the Lakeshore Art Fair in Muskegon. I'm home now, and glad to be so. It was a great weekend, but really at the limit of nearly everyone's tolerance for people. We were all counting down the minutes until we could wrap up the booths. 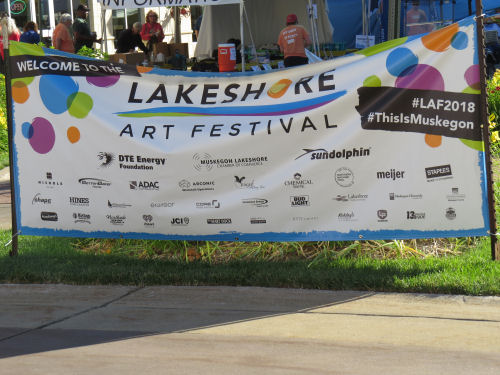 Like many cities that choose to display some common decorated sculpture form, Muskegon has chosen kayaks. I just liked this one with the food midway spreading down the street in the background. 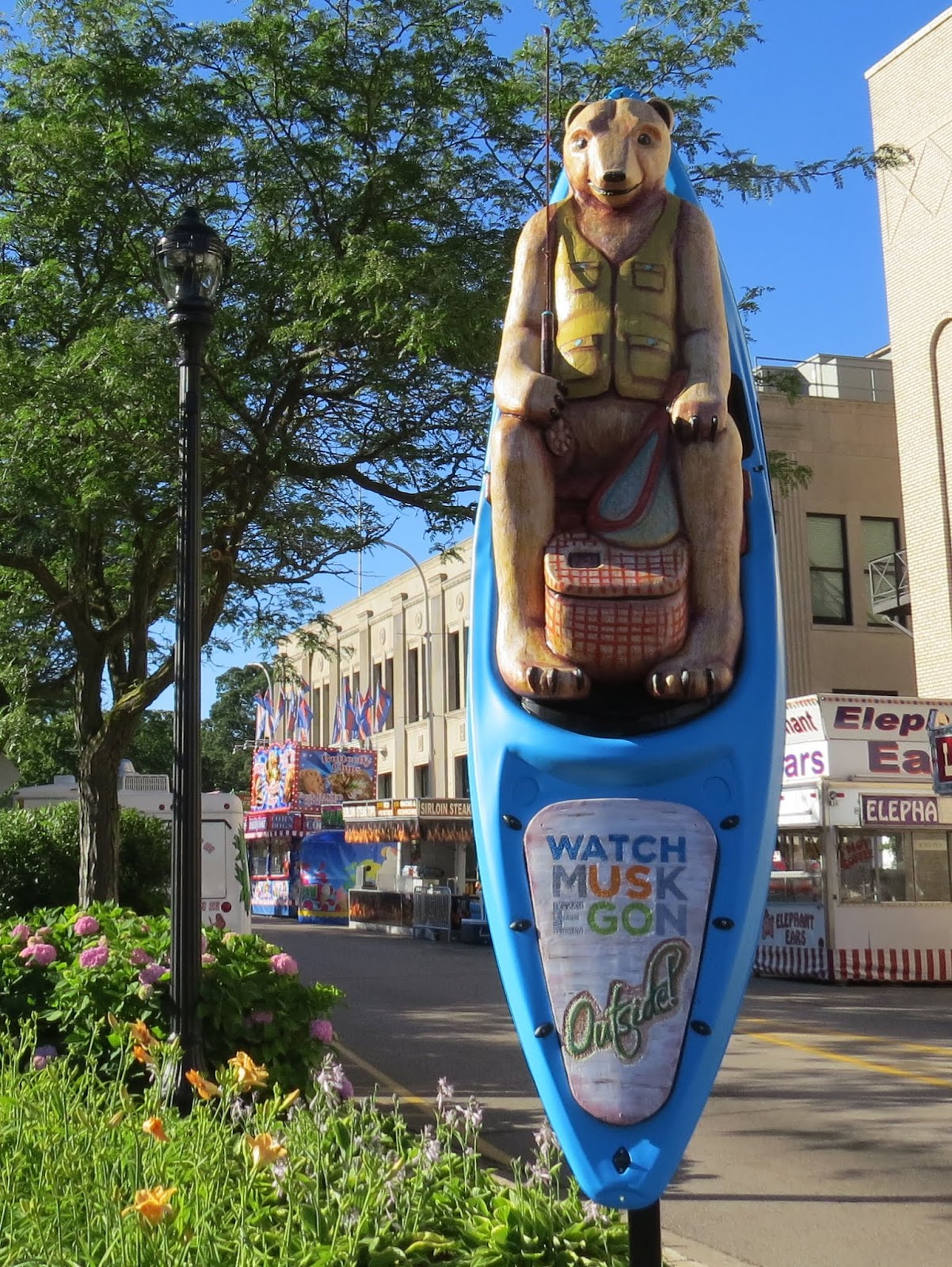 Now I'm doing a repeat of some pix I threw up on Facebook yesterday because these are the other authors I shared a tent with (there was also a second tent), and want to promote them again. One of the best things about events like this is talking with other people who are all trying to do approximately the same thing. You get to hear other authors' stories, learn from them, hear about what works and what doesn't... all that sort of thing.

All the mystery writers shared one side of the tent. That worked really well for all of us! Here I am with Don Levin, who writes traditional police procedural mysteries. As you know, I do cozies and now children's mysteries. 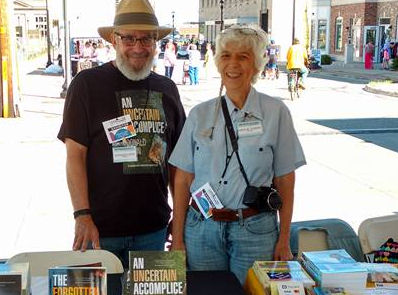 On the other side of me was Peg Henning/Maggie Pill (she writes under both names) who has cozies and traditional mysteries, and Michael Carrier from the UP who has what he describes as "hard-boiled" mysteries. 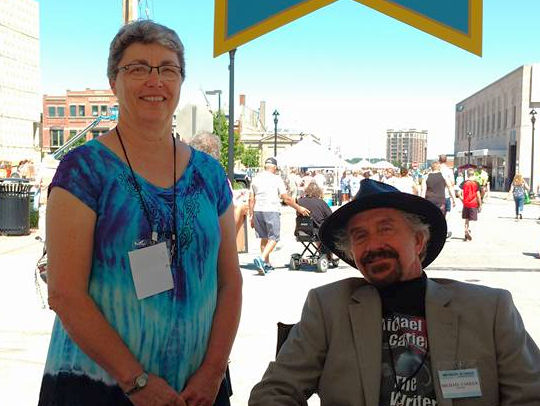 Across from us was Rose Hammond with memoirs and historical non-fiction about Idlewild, Bonnie Vokits with a spiritual memoir, and Nick Hutchinson with a novel. 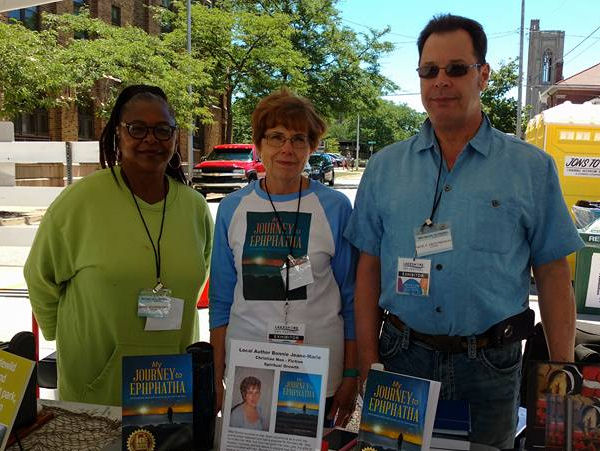 And finally, Bob Muladore with a memoir about being in the State Police, Jules Nelson with an historical novel, and Andrew Smith with thrillers. 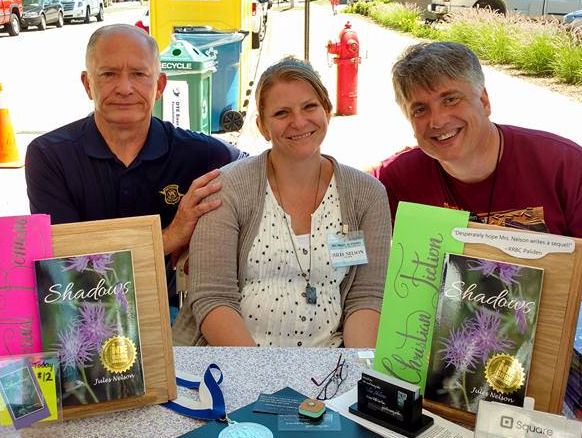 Don, Andrew and I will be at the Ludington Writers' Rendezvous in two weeks!

Saddest stories of the day: Two different times kids had my books in their hands, but when they went to get their parents the adults wouldn't even come look. I'm not passing judgement on parents who may be at their last straw... kids may be been pills all day... they may have already bought the kids something, etc. But the only part I don't understand is when a kid wants a book that they wouldn't even come look.

Best story of the day: Almost at the end of the day a girl- about nine- picked up Secret Cellar. She showed it to her dad. She asked what each of the books was about. They asked the prices. Her dad asked her which one she wanted. She "whispered" I want them all. He asked her again, and she didn't whine or get wheely-dealy or anything, but just said, "I want all three." He pulled out the plastic and got all three. Sorry dad... and I got to tell him the 4th one will be out in two weeks!

I haven't done the accounts yet, but I think I did quite well. Very much worth the risk of taking on a more expensive show. Surprisingly, I sold six copies of North Country Cache, which usually only does well at hiker/trail venues.

Posted by Sharkbytes at 9:48 PM

The 2 day events can be exhausting but fun. Glad you had a successful weekend.