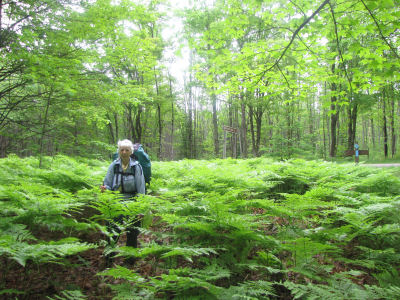 The rain ended before morning on the 5th, so that led us to believe we might be dry, but in no time at all we were in bracken fern that held buckets of water that wiped off onto our clothes. Pretty soon the ferns were higher than my waist, and some were over my head! So much for being dry. 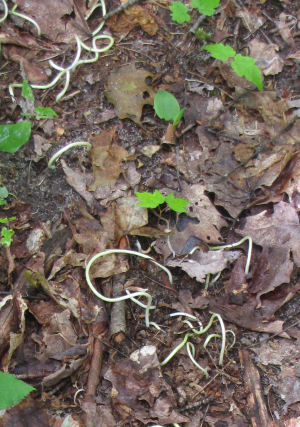 Here was the mystery for the day. Marie wanted to know what these funny "spaghetti plants" were. At first I thought they must be sprouts of baby maples or something. But a quick tug revealed them to be a wilting stem with a heavy three-cornered leaf. 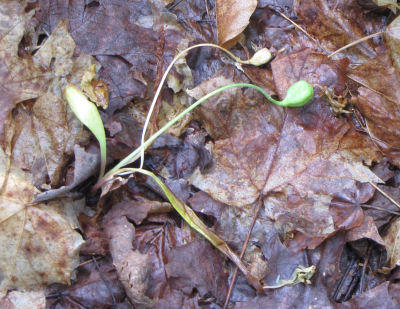 Turned out that they were trout lily, Ertythronium americncanum". The weight of the seed carries the seed case to the forest floor where new litter covers it. 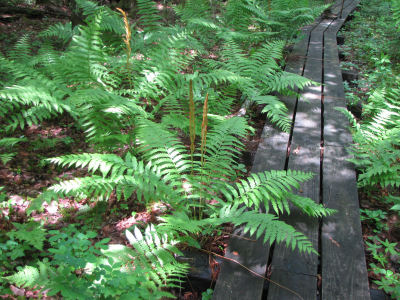 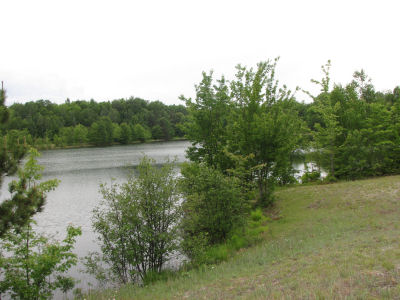 We ended the day under cloudy, but dry, skies at this lovely, un-named pond.

What a lovely setting with all those ferns. I am sorry you had to get wet in your adventures!

Now that is a wonderful little plant, trout lily I will be googling later :)

I don't believe that I've ever seen a fern that grew so tall.

Those are some tall ferns but they look so pretty. I never heard of trout lily before, interesting

As usual, I learned a lot. :) Is it summer there yet? It doesn't look very sunny, lol.

Holy cow! Now it was right after this that the velociraptors attacked, right?

Once again excellent pictures.. Thanks a bunch!