Except for a few errands, we did all fun things (except we kept having a forgetful Monday, but no major consequences resulted).
We bought yarn for a new project. Here's what I got done today. I'll keep you guessing for a bit yet, as to the goal. 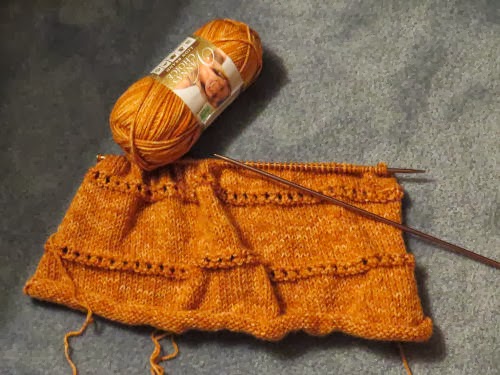 Then we went for a walk on a trail by the Tennessee River. One end of it goes part way across the river on a former railroad bridge. It is the oldest river bridge in Alabama! However, it only goes to an island any more. It was the Memphis & Charleston Railroad, which became Norfolk & Southern. Originally, the lower part that is now the foot trail was a toll road. The train ran on the upper deck. 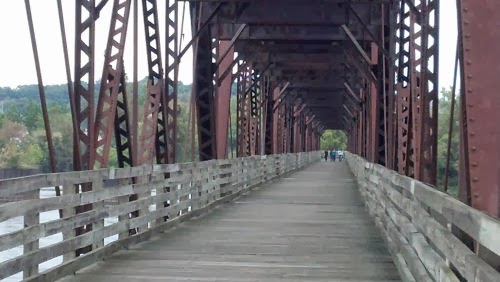 Then, we had to treat ourselves to Yogurt Mountain, and this time I remembered to take a picture of more than the spoon! They had pumpkin spice flavor for fall, and it was awesome. 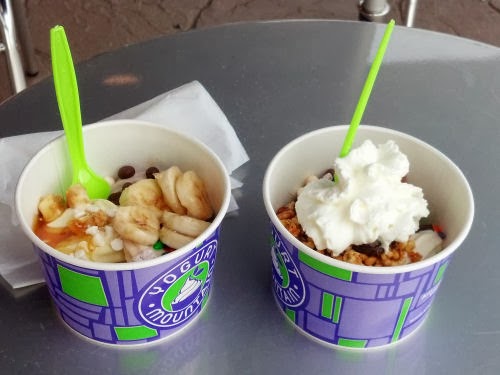 Loretta had a meeting in the evening but after that we went to the home of friends Annette and Randy (see yesterday's post), and watched the end of the Texas Rangers' ball game, and then... we played Mexican dominoes until after 2 am! What fun.

I'm too tired to be cute and tell you funny stories, but we had a great time.

Posted by Sharkbytes at 3:47 AM

That was a fun day. I love the color of that yarn. No clue on what it's going to be though

Did you have to serve yourself the yogurt? All the yogurt places here are self-serve--it drives me nuts.
And it doesn't taste as good now that they took all the fat out of the frozen yogurt. :(

Pumpkin yoghurt has to be the best. I always love the fall for pumpkin and pumpkin pie spice. I just saw a recipe for the spice which I want to try when I get home. It makes a large batch but, with Costco spices, it has to be cheaper than the spice you get already prepared.

It's great to have fun days like that! I really can't remember my last all fun day. I played Mexican Dominoes only once, but it was fun-- an easy game that allows for chit chat as you play.