Back to Alabama- on the blog only, not really a return trip just yet!

These are more pictures from the Renewed Spirits Ranch ("where everything is about something"). The whole operation is staffed with volunteers. That seems pretty amazing to me in itself, because you have to have really reliable people to care for animals. As I explained on Hiking and Horses, it's a therapy ranch, where they help people overcome issues with trust and fear and things like that.

They have a few animals besides horses, including a peacock. 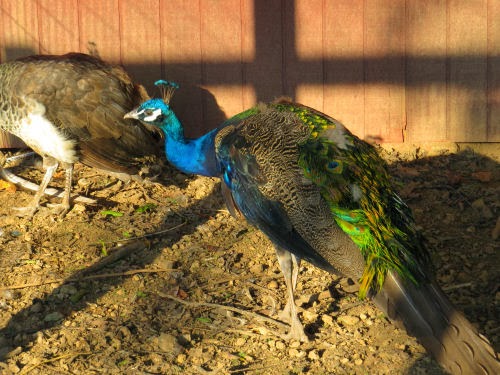 These are African Geese. They are certainly noisy geese. 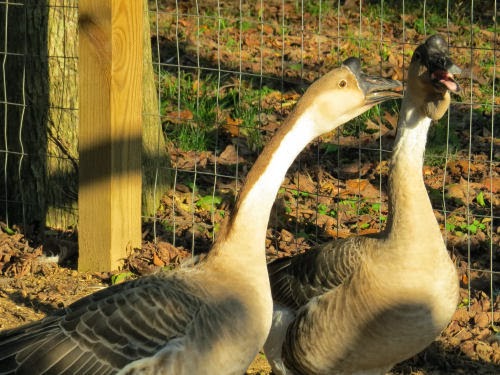 I previously showed you Bud, the horse. But there are three other equines in the same barnyard with him. They are a "family." All the horses at the ranch are rescues themselves. So they get a second chance at having a good life, and they help others to find a second chance, too. This Shetland Pony named Dakota has always been with Bud, and they are fast friends. I was thinking I didn't like this picture because of Bud's muzzle in it, but I've decided it sort of shows how he is always watching out for his family. 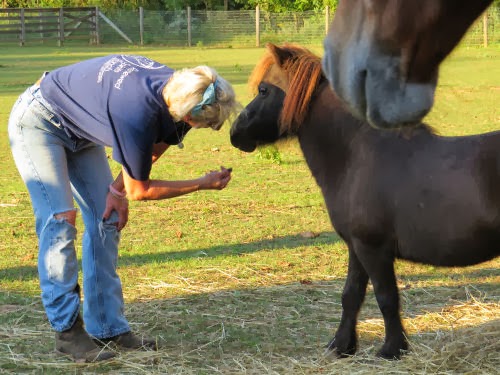 This little pony was my favorite. He liked me, and kept coming back to be petted more. His name is Shoshone. After we had made good friends, one staffer was telling us that he's rather a naughty little pony, and explained how to push his nose down to break him of being so "nosy." It figures I'd like the pushy, wiggly, naughty one, and that he'd like me. That's how I chose Chips (a very special, long-gone dog). 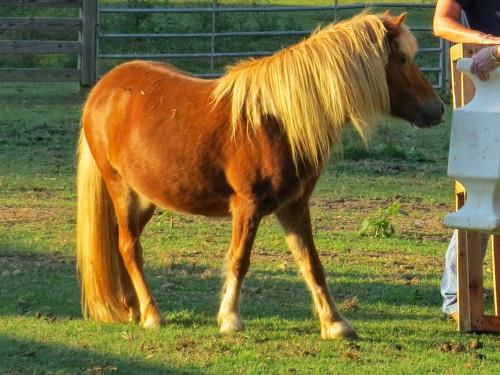 I have too many pictures today. Too bad. I just like this one, and didn't want to leave it out. 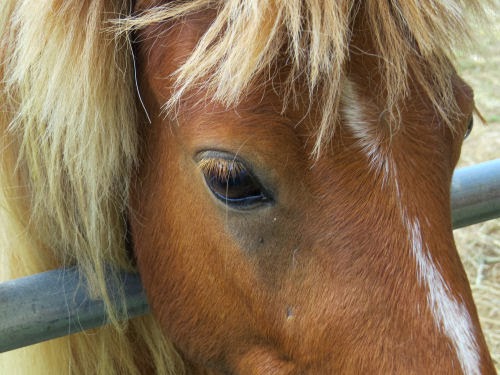 Then there is Arrow, a Welsh Pony. His coat was growing for winter, and he's all curly and shaggy. He is a recent rescue. He had been a service pony for another horse that was blind. That horse died, and Arrow got very sad and wasn't doing well. Now he's discovered a new purpose with being a therapy horse. 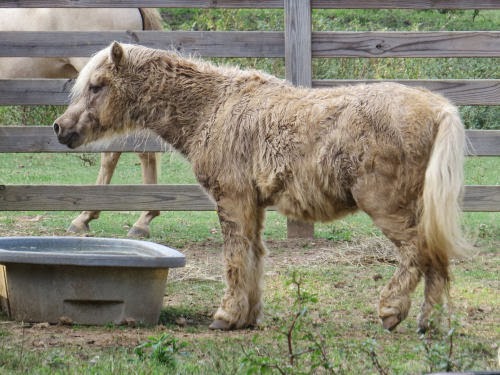 It took him about five seconds to discover I had an apple in my pocket (for my dinner, not for horse treats). He almost got it before I remembered it was there and moved back! 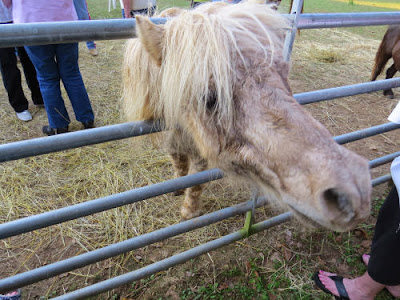 Finally, at the end of the evening, as I turned around to leave, the sun was shining on the waterfall (built by the owner of the ranch). Looks like liquid gold- what a great ending to the day and to the week. 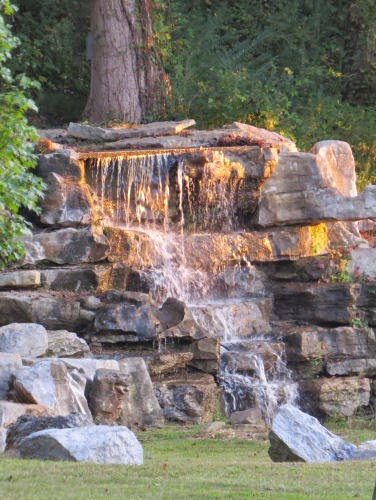 Amazing that an entire ranch can be run by volunteers. Obviously some very dedicated people. It looks like a very nice place and that waterfall is very pretty especially with it's liquid gold

Never can be too many photos. I need to show you some "before" photos of the ranch...as in before new fences, 12 new horses, new paint on the stalls...etc... Patrick, Becky and extended family including 7 grand daughters have worked many long hours...and still do. For me, the funest volunteer work was always moving the horses between pastures through the mud and creek! And the volunteers truly are dedicated, responsible and a blessing.

What a great place, with its assortment of critters. Did you know that the peacock is the national bird of India?

In the trees by my guest house last year in Jaipur, peacocks would return to roost for the night...weighing down the branches heavily. I never could really get good pictures of them, though.

Sweet! I like that Arrow is doing better and has found a new way to be needed.

Beautiful photos and nice stories, Sharkey. I enjoy your reports from your trips.

Loretta- thanks for sharing. I'd like to see those pix