Some of you aren't going to like this post. It's certainly not a happy one. But it is truthful, and instructive in its own way.

I was walking my road walk loop today and came across a small dead animal. Nothing unusual in that. But then I realized it was the remains of a tiny fawn. 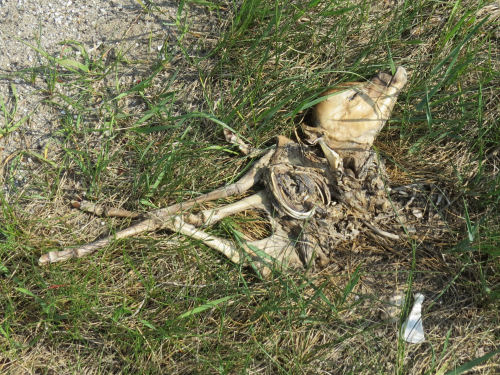 Too tiny to have been born yet. See it with my foot for scale. In a grown deer that small shoulder blade just beside my foot would be as long as my shoe and almost twice as wide. 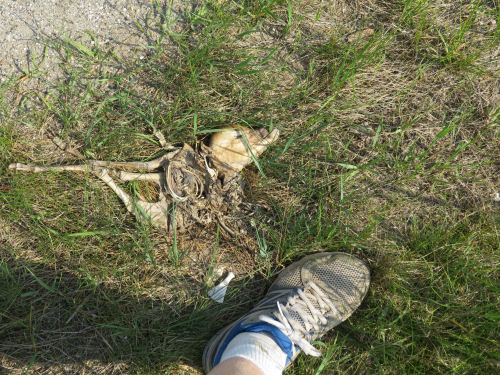 I think what must have happened is that the mother was hit by a car, and spontaneously aborted the fawn. Look at the tiny hooves. 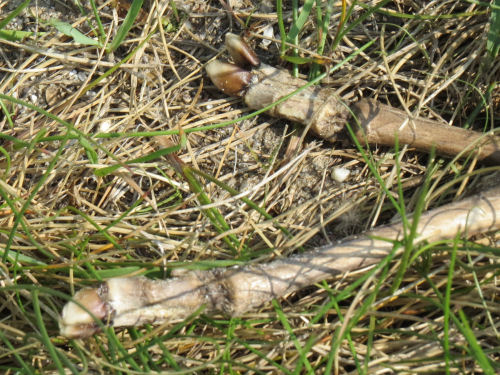 A few more steps, and... it was twins. I found the second one. 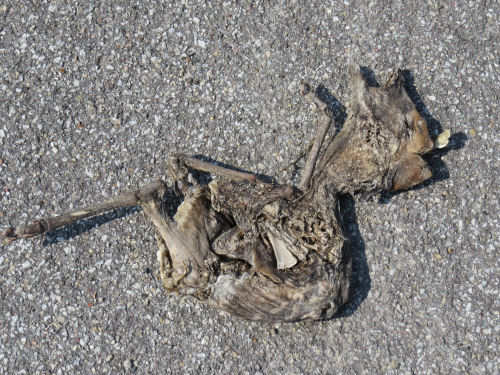 Just a little farther, and there was an adult deer... too far eaten by predators to tell much, but perhaps the mother.

Although much decayed, it's amazing how perfect that one little baby deer is. Most of us that live in the country have seen newborn fawns and realize that they are about twice this size, even for twins. I wonder how many more weeks this unborn fawn would have remained in the protection of the womb. I wonder if they were "born" alive and died beside the road. That seems particularly sad to me. Part of me hopes they were dead of the impact shock before they hit the pavement.

Life has its cruel moments, but some seem more cruel than others.

Email ThisBlogThis!Share to TwitterShare to FacebookShare to Pinterest
Labels: deer, learn something new

It is sad. It is also a reminder that our world is not as sterile as some would like to believe.

It's also the problem with deer and cars. We have deer that wander near the highway here as well. Most people ignore the 'Watch for Deer' Crossing signs from what I've observed. . .Critters aren't only at the mercy of Nature, but also at the mercy of Humans.

That is sad and like you I hope they were not born alive.